After the recent fracas over sexism in the science fiction writing community earlier this month (see this post), I promised myself to spend this summer spending more time tracking down and reading science fiction romance. But where to start? I decided to begin with one of the most acclaimed writers in the field, the multi-award-winning Lois McMaster Bujold. Before I began writing this blog, I had read two books in her The Sharing Knife fantasy series, enjoying the first but finding the second a bit frustrating, romance-wise. But I'd never tackled her science fiction, worried that the 1986 publication date of the first book in the Vorkosigan series might indicate a rather dated presentation of sexual politics, a datedness that would seem all the more awkward in a genre meant to depict the future, not the past. But jumping in mid-series seemed wrong, too, so off I went to the library, to pick up a copy of Shards of Honor.

Shards tells the story of the romance between thirty three-year-old Commander Cordelia Naismith, head of a scientific survey team from Beta Colony, and forty-something Captain Aral Vorkosigan, a former admiral in the militaristic Barrayar fleet. Stranded together on a partially-explored planet after Vorkosigan's enemies foment a mutiny and attack Naismith's party, Cordelia and Vorkosigan must work together while they navigate unfamiliar territory to meet up with and retake Vorkosigan's ship. Several back-and-forth tussles between Vorkosigan and his betrayers follow their days-long trek, days during which the two shared stories as well as stores. After Vorkosigan regains his command, and his ship, he proposes marriage to his prisoner, Cordelia, but acknowledges that a plan to invade Escobar, an ally of Beta, that factions in Barrayan are pushing but which he opposes, might make such a relationship problematic. Before Cordelia gives him her answer, her own crew, with the aid of Vorkosigan's betrayers, sneaks in to rescue her. Knowing that their rescue has once again put Vorkosigan in danger, Cordelia takes out the plotters before departing with her team to inform her home planet of the impending invasion.

The two meet again in the book's second act, under even more highly charged circumstances: The proposed Barrayan invasion of Escobar now underway, Cornelia has been sent (rather improbably, but since this is Bujold's first book, we can cut her some slack) on a mission to distract the Barrayan fleet while another team delivers a war-changing weapon to Escobar. Lives, governments, even entire societies are at stake as both Cornelia and Vorkosigan fight to keep war-changing secrets from each other, even while maintaining their own personal sense of honor in the face of their growing respect and love.

The novel's depiction of the star-crossed romance is understated, but satisfying. Both Cordelia and Vorkosigan are mature, sensible adults, not given to histrionics despite the difficult situations in which they find themselves. Each feels compelled by his or her own sense of duty and honor, and respects the same desire in the other, even when it conflicts with his or her own. Brief, but heartfelt moments of connection make their feelings for one another believable, even after being together for such a short time. Can their romance, or the book in which it appears, though, be read as feminist? 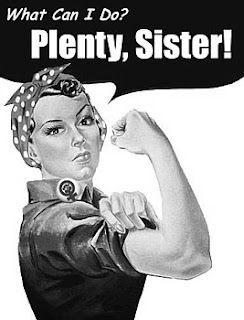 Sylvia Kelso terms Bujold a "covert feminist," one whose feminism lies in incorporating (heterosexual) "femalestuff" into the predominantly "malestuff" world of SF rather than in openly espousing feminist ideas or themes. In Shards, much of this covert feminism lies in demonstrating Cordelia's competence in a male-oriented world of political intrigue and battle. Cordelia weathers the difficult multi-day hike without complaint, as physically tough if not quite as strong as Vorkosigan. She can tie up and threaten to drown a psychiatrist who endangers Vorkosigan, can outwit and defeat a group of mutineers, and can command male subordinates with aplomb. She proves herself over and over to be as competent as any male SF hero.

Yet even while proving Cordelia's competence, Bujold must simultaneously code her as distinctly and reassuringly "feminine." Cordelia is an astrocartographer, not a fighter. She mourns her subordinate killed by the attacking Barrayans, and insists that she will not leave another injured man behind while she and Vokosigan make their cross-country journey, even though Vorkosigan argues that it would be kinder to slit the mentally-incapacitated boy's throat. She serves as caretaker for the injured man throughout their journey, comforting, guiding, even feeding him just like a baby. Even as she comes to admire and care for the bitingly honest Vorkosigan, she still regards his culture as barbaric in its militaristic focus and disregard for human life.

Such qualities can be seen as a feminist assertion of the importance of typically denigrated feminine qualities of caretaking and life-giving. But they serve to reassure both Vorkosigan and male readers that allowing women to serve in the military will not lead to their inevitable emasculation: As Vorkosigan notes, Cordelia is as "professional as any officer I've ever served with, without once trying to be an imitation man."

If the book had continued in this vein, I would have found its engagement with feminism typical of its era, a time when pushback against the gains of 1970s feminism required a difficult balancing act between depicting strong women and assuaging male fears of newly-empowered female protagonists. The book's third section, which depicts Cordelia's second separation from Vorkosigan and her ultimate decision to return to him, leaving her own society to become a part of his, mirrors the sexual politics of this opening section, depicting a competent, independent woman whose most important role ultimately becomes that of caretaker: this time, of a drunken, despondent Vorkosigan. 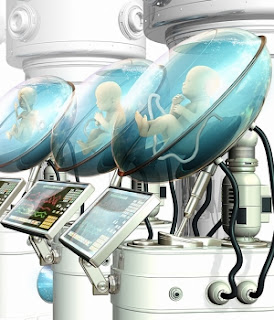 But Shards' middle section introduces a sexual predator antagonist who fashions himself the current-day embodiment of the Marquis de Sade. An old boyhood friend of Vorkosigan's, Admiral Vorrutyer purportedly serves as the embodiment of the wider corruption of the Barrayan political structure that Vorkosigan must sacrifice himself to defeat. Even though Vorrutyer appears in only ten pages of the book, the ghost of his decidedly non-consensual female-directed sadism hangs like a pall over the balance of the book. The pall takes on ghastly physical presence in the form of seventeen "uterine replicators" sent to Vorkosigan, containing fetuses apparently extracted from women who were raped by Barrayaran soldiers during the invasion, several on orders from Vorrutyer. The perverted Admiral, who almost but not quite succeeds in raping Cordelia, can be read not only as the cancer at the heart of Barrayan society, but also more disturbingly, as the threat of punishment against the competent SF woman heroine that always lurks in the wings.

I'm looking forward to reading more of the Vorkosigan series, to see if and how Bujold's feminism changes as the books' publication dates grow closer in time to the present. And if the whiff of sexual violence against competent women continues to linger, a sexist smog, in the Barrayaran air... 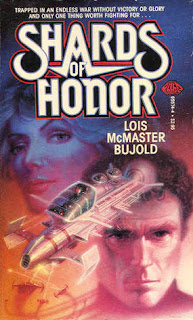