Add Your Voice to the Popular Romance Literary Canon Debate

I've been busy with prep work for the upcoming NECRWA conference, so although I did read Noah Berlatsky's
Salon post suggesting that there is no real consensus about what romance novels should be included in a "canon" of best/great works when it was first published last Monday, I didn't catch up on the subsequent responses to it until yesterday morning. I was intending to write a book review today, but instead, found myself preoccupied by Berlatsky's piece and the various reactions to it. So, a few thoughts from me, then a request for thoughts from you.

I've appreciated Berlatsky's earlier blogs about the romance genre (primarily on Salon), but I admit I felt rather annoyed by this particular one. Why should we should listen to Berlatsky's personal recommendations for what novels should belong in a popular romance canon, when he dismisses previous "best of romance" lists, such as those on All About Romance, Dear Author, and Smart Bitches, Trashy Books because they "have been about what one person loves, or about what is popular"? Other writers did something more productive than just feel annoyed; Wendy the Super Librarian ("Little Miss Crabby Pants Fires the Canon"), Meoskop at Love in the Margins ("Dudesplainin' "), and Eric Seelinger ("The Berlatsky Affair: A Close Reading (1/?)," "The Berlatsky Affair, Part 2," and "Whose Affair is it Anyways?") wrote trenchant responses to the unintentional slights Berlatsky's piece dishes out to bloggers, readers, and others who have done major work in thinking what books belong on a "best" romance list (Seelinger's with some apologizing thrown in, as his quote in Berlatsky's article led to some of the frustration and anger with the piece).

As a sometimes academic, I found myself most intrigued by Sunita's response at Vacuous Minx, "The Uses and Misuses of Canon." Sunita points out that academics need a canon not only in order to choose what texts to teach in their classes, but also to make sure they've read the books that "are influential" in their field, so can "learn about the topic" and will thus share "a common ground for discussion" with other scholars in that field. With this grounding beneath them, academics can then proceed to "further the conversation" in their field, through their research, writing about texts that they and others have agreed are worthy of scholarly investigation. Sunita suggests that for the average romance reader, who reads for pleasure rather than to further the study of a field, "canonical works, while interesting to know and talk about, don't have an obvious usefulness for us beyond providing an 'if you like X, then you'll like Y' function."

I'm not so sure I agree.

When a field first begins to emerge as an area of inquiry in the university setting, there is often little agreement about what books can and should belong in that "common ground" of texts that everyone who studies the field should know. For example, in the 1970s and 80s, much of the work done in the emergent field of Feminist Literary Studies focused on identifying texts that were worthy of study, and justifying their inclusion within a forming canon that future scholars of women's literature should and would be required to know.

Feminist scholars' canon creation typically involved unearthing once popular but now overlooked texts, texts that had been shut out of the general literature canon by patriarchal assumptions about what constituted "great" literature. Because of this, readers outside of the college setting were as unfamiliar with the books they championed as were literary scholars within it. A better comparison for the genre of Popular Romance might be to the development of Children's Literature as a field within the academy. When John Stott, the President of the Children's Literature Association (a group formed in the 1970s devoted to the scholarly study of works for children), called on the association's members in 1978 to create a list of books worthy of critical inquiry, he explained that such an undertaking "would provide common texts for shared dialogue and curricula and presumably position the field within canonical strata of academic privilege" (Lundin 65). But teachers, librarians, and child readers already had clear opinions about what constituted good books long before literature scholars decide they needed to create a canon. The ChLA committees that put together the canon list, and later, published three volumes of essays explaining their choices (Touchstones), included both literature scholars and librarians.

If popular romance studies hopes to create some sense of consensus about what constitutes "canonical" works of romance, one accepted within a university setting, academics would be well-served by asking librarians who represent readers' interests, if not actual readers themselves, to participate in the project. Even then, though, disagreement and controversy is likely to arise. The ChLA's project was fraught with tensions about just what belonged in the canon they were constructing. Books of high literary merit, no matter how unpopular they were with readers? Books that were historically influential, even if they were no longer read? The most popular books? A mix of all of the above? 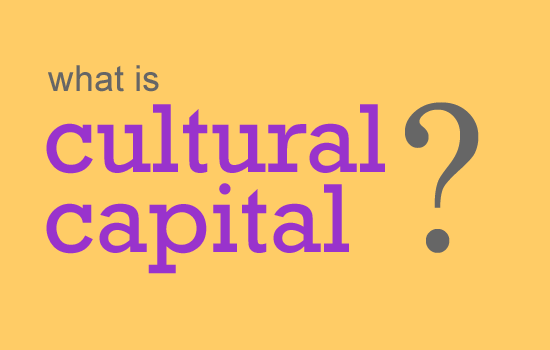 This brings up another vital issue that Sunita identifies in her discussion of the purposes of canon formation: there's another kind of canon, one used to identify an "educated person," a canon that people both inside and outside of academia are likely to run into. Remember Alan Bloom's The Closing of the American Mind (1987)? Or E. D. Hirsch's Cultural Literacy: What Every American Needs to Know (1987)? Since such canons have ideological, rather than intellectual, underpinnings, Sunita writes, "I'm not about to draw quality-of-intellect-and-education conclusions about the people who follow or choose not to follow them."

But familiarity with of a canon, particularly one established by the scholarly, is often viewed as a form of cultural capital, a declaration that one has the education and knowledge to be considered a "civilized," "cultured" person. What's interesting to me about this is that for most of its history, Popular Romance has been considered cultural deficit, a sign that you most emphatically don't belong to the intelligentsia. Romance has the stigma both of gender (the romance piece) and of class (the popular piece). And while many academics have analyzed the gender piece, few have approached the class biases inherent in the denigration of the form. Does this sense of cultural deficit make creating a Popular Romance canon a contradiction in terms? Or does canon formation not always have to be a conservative, reactionary move?

Perhaps instead of going straight to arguing which books belong in a Popular Romance canon, it would be more productive to think about what we mean when we talk about canon-worthy works of romance. Upon what should/do canonizers base their judgments about what to include, and what to exclude? Should a canon list focus on books that have been historically influential, similar to the ones listed in Wendy the Super Librarian's post, even if they are ideologically objectionable by today's standards? Or on books that have dominated the bestseller lists, even if literary scholars find them lacking? Or only on books that embody literary merit (which seemed to be Berlatsky's unarticulated standard)? Or some mix of all three?

If literary merit is deemed important, should the criteria for what constitutes literary merit depend on previously-established guidelines, those already in play in the world of academic literature studies?  Or should they be different, specific to the romance genre? If the latter, what criteria would you propose?

How will such judgments account for gender and class bias? Racial, ethnic, and sexuality bias?


So, rather than asking you what books you'd place in the Popular Romance novel canon, I'm curious instead to hear how you would make judgments about what belongs on the list. What criteria would you use if you were given the task of creating a list of "canonical" Popular Romance books?

Email ThisBlogThis!Share to TwitterShare to FacebookShare to Pinterest
Labels: canon