The Thinks and the Feels: Kennedy Ryan's LONG SHOT

On the eve of the NCAA basketball National Championship, star college baller August West is sitting in a bar, reluctant to return to his hotel room. It's not only the eve of his biggest game ever; it's also the eve of the birth of his father, a former NBA player who died fifteen years earlier, and he's restless and jittery. But after his high school coach, whom he was supposed to be meeting, has an unexpected emergency, West reconciles himself to an early evening. 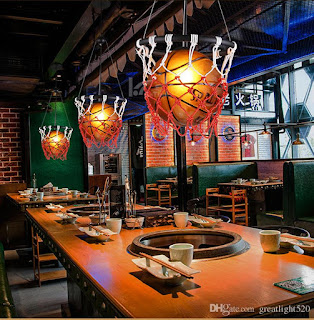 Until he hears the young woman cussing like a sailor at the basketball game on the television at the other end of the bar.

Said woman's knowledge of basketball is almost as impressive as her colorful language, and West feels an immediate connection. Not because she plays up to him—in fact, she's initially pretty dismissive—but because he discovers that she, like he, is biracial. When he asks her where's she's from, the woman explains about her New Orleans Creole stock on her mother's side, and her German and Irish on father's: "I'm a mix of everything the bayou could come up with... So my cousin says I had more ingredients than gumbo," (Kindle Loc 231). Though West's mother is the white parent, his father the black, West and "Gumbo" share the same experience of feeling like a racial outsider. "Did you ever feel like you didn't quite fit anywhere? I mean, like you were always kind of in between?" Gumbo asks him, which causes West to think "I may not look a lot like my African-American father, but I look nothing like anyone in the family I have left. Most kids were one thing or the other and clumped together based on that. It left me sometimes feeling adrift" (245).

West and Gumbo (her actual name is Iris) get so caught up in their conversation that they end up shutting down the bar. But when West goes in for a kiss at the end of the night, Iris call a halt. To West's everlasting regret, she's already got a boyfriend.

After this opening meet-bittersweet, a reader is expecting that the aforementioned boyfriend is not long for Iris's arms. And that the resultant romance will focus on two people connecting over their mutual biracial identities and experiences.

But said reader would be mistaken. For Ryan's story is less traditional romance and more women's fiction, a journey that the author hints at in the Author's Note that prefaces the novel:

I started writing this book two years ago out of righteous indignation on behalf of a young woman whose journey I didn't understand. I write when I have something to say, and I knew I couldn't say it from a place of judgment and hypotheticals. So I started talking with women who had walked that path.


Ryan writes in abstractions here, but one can't really write a review of her novel without being more specific. For the "path" that she refers to is the path into and out of an abusive romantic relationship. The "place of judgment" Ryan mentions is likely the judgment that many who have not experienced such a relationship first-hand tend to make about not the abuser, but the person being abused. Why didn't they leave? Why did they take it when the verbal abuse started pouring out of a love one's mouth? Why did they stay when the fists started flying? They just must be weak, or must want to be abused, right?

But the Iris we meet along with August is not weak in the least. As August observes, "A lot of girls just reflect. They figure out what you like so they can get in with a baller. This one has her own views, stands her own ground and doesn't five a damn if I like it. I like it" (224). And when we get inside Iris's head, we discover that her main goal in life is to not end up relying on a man, as her mother has for most of her life. She and her cousin have "always been afraid of ending up like our mothers—depending on a man for everything, taking his scraps" (908).

Iris DuPree's relationship with Caleb Bradley isn't about taking his scraps—at least at first. Despite being an economically privileged white college boy, Caleb spent time and effort to woo the reluctant Iris, and they've been dating for almost a year. But readers with any knowledge of how abusers operate is likely to pick up on the clues Ryan drops that Caleb is not as great a guy as he seems. He prefers Iris to wear her hair a certain way, gives her clothes that he wants her to wear, and is prone to angry outbursts on the basketball court when things don't go his way. And he's definitely not excited about Iris's post-college career plans, plans that will likely take her away from him. 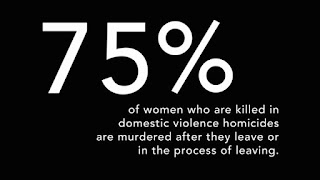 Entitled Caleb proves to be a master manipulator, and Iris, despite her reservations, ends up living with her boyfriend soon after Caleb enters the NBA. And since West has also been drafted, Iris and West's paths end up crossing and recrossing, brief conversations with West serving as welcome respite for Iris from an increasingly tension-filled relationship with Caleb.

A relationship that, by the end of Caleb's first professional season, turns verbally and physically abusive. But a relationship that Iris can't find her way out of, at least at first. Ryan does not shy away from depicting the violence that Iris experiences at Caleb's hands; there are multiple scenes of both assault and rape on the page. Such depictions are likely to be deeply triggering for many readers. And for readers who are immersed in rape culture (as are we all), it can be difficult to read such scenes as solely violent when rape has so often been presented as an erotic experience in popular culture. Not at all what the author intended, I'd guess, but still, hard to escape.

Why then did Ryan choose to include such scenes? What purpose do they serve? Is is possible to tell the story of domestic abuse without showing on the page the violence that lies at its heart? Is it empowering or disempowering for those who have been abused to see similar abuse depicted directly, rawly, without a veil? What about for those who have not experienced such abuse themselves? Does seeing such violence depicted on the page make those who haven't been victims more sympathetic toward those who have? I don't think there are any easy "yes" or "no" answers to such questions; each reader will have to decide for themselves whether to pick up Ryan's book knowing that such scenes are included.

What I can say is that I wholeheartedly applaud Ryan's inversion of the racist image of the white woman endangered by overly sexualized black man, an image that has played out over and over in American popular culture since the end of the Civil War (see D. W. Griffiths' 1917 film Birth of a Nation for just one example; see Martha Hodes' White Women, Black Men for a historical corrective). While the majority of sexual assaults in the United States today are intra-racial (victim and perpetrator are of the same race), we cannot say the same about the past; Americans tend to repress and erase the long history of white male rape of enslaved black women during our country's long embrace of slavery. Ryan's choice to make her domestic abuser a white man serves as a pointed reminder of this often forgotten history.


Infogram
Through Iris, Ryan also makes pointed comments about the way our current society continues to look away from the violence perpetrated by men against women, especially when those men are in positions of power (professional athletes, rather than plantation owners) and the women they abuse are women of color. Once Iris figures out a way to free herself and her daughter from Caleb, she doesn't choose to press charges against him:

"Other athletes outed as abusers are fined and miss a few games, only to be back on the court, back on the field in a few weeks. I'm not trusting my life, my daughter's life, to a system that favors men just like Caleb. I've seen the so-called consequences we have for domestic abuse, and I need more than that."

What she needs is a guy like West, who throughout the story serves as a vision of hope for what a future with a kind, caring man might be like. But Iris never asks West to rescue her; in fact, she turns to her cousin, and to her great grandmother, not to her potential good guy lover, to help her recover emotionally in the wake of her trauma. West may be the idealized prize at the end of the struggle, but the hard work of recovery is one best undertaken with sympathetic female supporters, Ryan suggests.


Ryan is adept at giving readers the "big feels," a vital skill for any romance writer (see West's swoon-worthy declaration to Iris: "If you were mine, Iris, there would be no doubt what position you'd hold in my life. You'd be center. I'd play you at the five."). But she's also just as good at getting readers to think hard about the big issues, issues that American culture would often prefer we ignore: domestic violence; racial identity; the gendered aspects of privileged and power. It's this combination—big emotions and big ideas—that make Ryan one of the most provocative authors writing romance today. 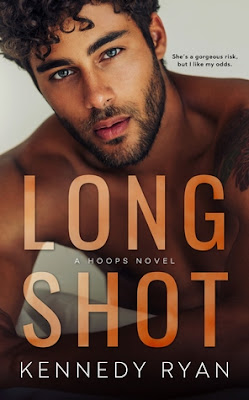