Two approaches to romancing the curvy girl: Kilby Blades' THE SECRET INGREDIENT and Sierra Simone's MISADVENTURES OF A CURVY GIRL

While attending the conference of the New England Chapter of RWA last month, I overheard a writer complaining about the rise of "curvy girl" romances. Oh, this writer had no problem with romances that feature girls whose bodies do not fit the rail thin catwalk model profile; rather, she was sick of such romances that spent pages and pages focusing on the female protagonist's issues, problems, and phobias about her body size. "There are lots of women out there who are curvy and proud of it; why can't we see more of them in romance?"

I was thinking about this comment while I read two recent novels self-labeled "curvy girl" romances: Sierra Simone's Misadventures of a Curvy Girl and Kilby Blades' The Secret Ingredient (with the marketing-savvy subtitle A Curvy Girl Small Town Culinary Romance). Both novels feature heterosexual women who do not fit into the size 4-6 clothing made for a typical runway model. One book acknowledges that and then moves on without further comment; the other puts its protagonist's struggles to embrace body positivity in the face of a past history of fat policing and shaming front and center.

These two romances may take the exact opposite approach to depicting the curvy girl, but each does so for distinctly feminist reasons.


In Kilby Blades' The Secret Ingredient, celebrity chef Marcella Dawes has fled the hustle and bustle of Los Angeles for the east coast, renting a cottage on the North Carolina shore to work on her latest cookbook between seasons of taping her television show, "Cooking with Marcella." Her neighbor Max Picarelli is even more peripatetic; as a plastic surgeon, he travels the world on the dime of a nonprofit, doing reconstructive surgery for children with cosmetic birth defects. But in his downtime, Max, who has Italian roots just like his new neighbor, loves to cook, and is a secret fan of everything Marcella, whom he thinks of as "chef extraordinaire and goddess of the kitchen" (Kindle Loc 80). As Max describes her, "Marcella was everything a woman should be: all confidence and curves, and a true classic beauty to boot. He had often admired her generous proportions and everything that perfected them—those vibrant eyes, that gentle voice, and her mane of thick, dark hair" (73). 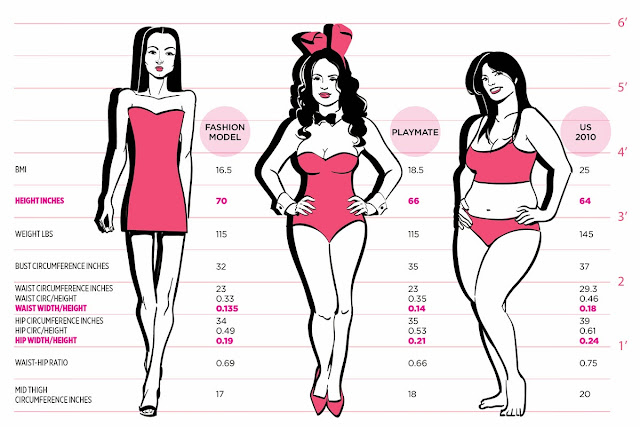 Marcella is a "curvy girl" only if one defines "curvy" as the norm, a point Blades is clear to make early in the story. As Cella thinks when comparing Max to the typical LA man, "Half the men Cella had dated had skin that was softer than hers. They were usually prettier and skinnier, too. At a size twelve, Cella was an average American women. LA was running as short on those was it was on strapping American men" (206). Advertising and media might make women believe that their curves are abnormal, too much, but Cella knows perfectly well that her size is nothing out of the ordinary. (In fact, Cella may be below the current U.S. norm: see this 2016 study).

Cella has no issues with her weight, with her body image, or with feeling desire for, or feeling desirable to, another person. The conflicts her stem from job satisfaction, or dissatisfaction, for both Cella and Max, not from any issues Cella has with her size or weight. Despite the novel's subtitle, the slow-build romance that builds between Max and Cella has nothing to do with Cella's "curviness." The subtitle is a bait-and-switch in the most positive sense, serving up a story of a woman with absolutely no problem with her size to readers using the search term "curvy girl" to find a romance.


Unlike Blades' Cella, Sierra Simone's Ireland Mills, who is white, has struggled with how to think, and feel, about her body for most of her life. Ireland isn't as skinny as a model; nor is she an "average" size twelve. Ireland's 5' 2", and wears a size 18 (Kindle Loc 102). But at the start of Misadventures of a Curvy Girl, Ireland has determined to break free from the negative thoughts about weight that her sister and her ex-boyfriend have spent years instilling in her (A girl of your size really should have shorter hair. Don't you think that's more of a "goal" outfit? But those dance classes aren't designed for people to lose weight... [65]). Fat-shaming framed as benevolence, Ireland has finally realized, is still fat shaming. And Ireland is so over it: "I was over the diets that didn't work. I was over the grueling gym schedule that left no time for fun. I was over hiding behind my friends whenever we took pictures. I was over shopping for print tunics at Blouse Barn" (Loc 81). Ireland's going to dress the way she wants, have fun the way she wants, and eat the way she wants, other people's judgments be damned. And if that means not having a boyfriend, then so be it: "I'd rather be alone than be with someone who will only love me if I'm skinny" (94).

Simone rewards her protagonist for taking this major step towards body positivity with not just one, but two handsome men who find her curves just to their liking. At a photography shoot on a Kansas farm  (Ireland prefers to be behind, rather than in front of, the camera), Ireland meets hunky farmer Caleb, who is immediately smitten: "She better get used to being pampered and taken care of, because I want to make it my life's work. And that's after only an hour together. Christ, I have it bad" (361). But Caleb is a package deal with best friend, bar owner Ben; the two, who have been besties since kindergarten, have discovered they're happiest when they love (and make love with) the same woman, together. Ireland hasn't ever really considered polyamory, but with two such kind, gorgeous, and sexy men, and her own awakened curiosity, she's quickly on board with the kink. 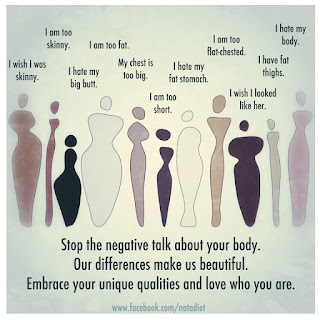 Body positivity doesn't mean you flip a switch and walk around feeling great for the rest of your life. It's not even really about feelings at all. Body positivity is about what you do. It's about daring to live your life as you are—not fifty pounds from now, not six dress sizes from now. And there are going to be days when ever bad feeling comes back for you again. When you feel all the messy, hopeless things you thought you were past feeling. Those are the days you do it anyway" (2456)


Acknowledge a character's "curviness" and move on; highlight a character's curviness and focus on her challenges and triumphs as she works to accept and enjoy her body—both methods work to convey the feminist message that while fat oppression is real, people who understand its methods can challenge the negative biases it demands far too many of us embrace. 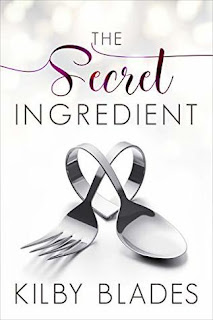 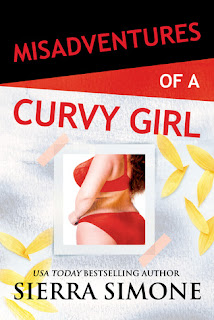 
A thought-provoking excerpt from Misadventures of a Curvy Girl:


A couple of years ago, I was watching a movie with a handful of girlfriends as we traded gossip and passed around popcorn and bottles of wine. And we got to the part of the movie where the hero makes his grand gesture, chasing after the heroine and declaring his love for her. Declaring that sh was his.
The room gave a collective groan at this, popcorn flying at the screen, and someone pronounced how utterly backward and chauvinistic is was and how she'd never be caught dead with a man who looked at her and said mine. A man who looked at her like she was a prize in the machine simply waiting to be claimed. I stayed silent. Because I wasn't going to argue that on a structural level men should act proprietary with women, and I never would. But on a personal level, well...
It was hard to look at my friend, who was slender and sleek and would no doubt have men wanting her everywhere she went and not think easy for you to say. Her body was the kind of body that people wanted to claim, wanted to stake some kind of sexual ownership of, and mine was not—never had been, and as years of pointless diet torture had taught me, never would be.
So it was hard not to wish I had the luxury of scoffing at male desire. It was hard to watch those movies and know that, according to them, people like me didn't have heroes chasing after them. People like me are the best friends, the comic relief, maybe even the villain.
And in real life? In real life, the kind of male attention I received was dangerous and demeaning. Aggressive frat boys who told me I should feel "lucky" to have them fuck me and then got belligerent and nasty when I refused them. Mean men at bars who grabbed and groped and assumed I'd be grateful for the assault since clearly nobody else would ever want to touch my body.
Girls like me, we didn't get chased, we didn't get claimed, we didn't get the happily ever after. Not in movies. Not in real life.
And was it such a crime to want those things? (1624)