Apologies to all for not posting on Friday. Hotels that advertise "free Internet access" often leave out the fact that trying to maintain an online connection for more than two minutes at a time is next to impossible...

Due to technical difficulties, I'll be flipping posts this week, switching the book review to Friday, and posting about the doings at Princeton's Popular Romance Author Symposium today.

Much of the early academic writing about popular romance tended to lump all texts together, writing about romance as if it were one unified thing. Long after individual romance authors broke free from publishers' category lines and established themselves as marketable in themselves, scholarship is finally beginning to take note. The Popular Romance Author Symposium, organized by scholar An Goris, was the first broadscale attempt to bring scholars and writers together to attempt to explore the implications of this shift, and to attempt to determine what being a romance author might have in common with being an author of any other popular genre fiction, and what might be unique about romance authorship in particular.

The Symposium opened on Thursday afternoon with two keynote speeches, one by a romance scholar and one by a popular romance author. Kay Mussell, author of several studies on romance and its authors, set the tone for the conference to follow by noting that despite recent scholarly work to the contrary, the non-romance reader still tends to view romance as monolithic: all romance is the same, and all romance is bad. After listing many of the reasons why this misperception still abounds, Mussell called on her fellow scholars to help foster a more nuanced view of romance, and to communicate that view more widely, to push aside common knowledge about romance founded on outdated, flawed scholarship. She shared ten concrete recommendations for scholars and reviewers (I think I missed one or two as I rushed to take notes—other attendees, please do add any I missed below):

• Don't endorse a monolithic view of romance; when you speak or write of the field, make sure to emphasize the wide variety of styles, subgenres, and levels of writing out there

• Use the term "romance fiction" or "romance novels" rather than simply "romance," to emphasize that a work of romance is a crafted literary accomplishment (apparently other popular genre awards deem their works "novels" or "fiction," in contrast to the RITA awards, which only use the term "romance")

• Make clear you're speaking from a deep knowledge of the genre

• Make comparisons with other genres

• Avoid defending the genre; work from the assumption that the genre is worth studying and discussing

• Refer to the history of the genre; discuss the ways romance has changed over time (to displace the monolithic assumption, see above)

• Show respect for both authors and readers

• Bring gender into the discussion: why is romance fiction, primarily written by and read by women,  looked down upon, while male-oriented popular fiction is deemed worthy? 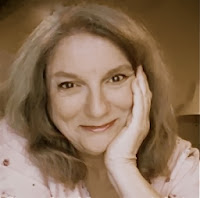 Mussell's call to arms was followed by a talk by best-selling author Jennifer Crusie, who was asked to "talk about your career in terms of gender." Crusie claimed that she'd not thought of her career in gendered terms before (which I was quite surprised to hear, given the time she spent as a graduate student studying feminist literary theory), and proceeded to identify several ways that gender played both positive and negative roles in her career. She reminded us that in 1992, when she published her first romance novel, her publisher, Harlequin, controlled 82% of the market. If you wanted to be a romance writer twenty years ago, you didn't have much of an alternative to Harlequin. The company offered crummy financial recompense, but it did offer stability for its authors; Harlequin paid out royalties on a regular and timely basis, even if those checks were far smaller than those being sent to writers in other popular genres.

Harlequin also epitomized the "patriarchal publisher," Crusie noted, with a corporate mentality straight from the 1950s. This patriarchal mentality extended not only to the financial end of the company, but to the content of the books it published; that patriarchal attitude shaped the field of romance for decades.

Crusie broke with Harlequin when she refused to sign away her "moral rights" as an author (there's a law stating that no one can take something you've written, change it, and then still use your name and market it as if you had written it; Harlequin decided to insist that authors contractually sign away this right, so that they might change, edit, and repackage authors' works at will). Moving to another publisher, and becoming a "lead title" writer, came with its own share of difficulties, many of them gender-based, including speaking to the sales reps during sales conference, trying to convince them to read her book first as simply a story, and second as a romance, to get them to move beyond their assumption that a romance book could never do well in hardcover.

Though Crusie herself has not done much work in the area of e-texts, she ended her talk by noting the ways in which the e-book revolution has both opened doors and, in the way of most feminist gains, created more work, for women writers. Writers with rights reverted backlists may be making money, as are a select few new authors, but Crusie cautioned against writers assuming that everyone will make big bucks from the e-book market. 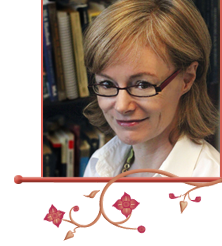 The evening concluded with a roundtable which included the keynote speakers, several other romance scholars, and writer/scholar Eloisa James/Mary Bly. For me, the most interesting part of the roundtable was the differences in how Crusie and James use online platforms. James has one persona on Facebook ("the super nice me"), another on Tumblr ("the younger, more sarcastic me"), and stopped blogging because she found it tapped too much of the imagination she needed to pour into her fiction. She sees these different personas as part of developing her brand, broadening her appeal to different subsets of her audience. In contrast, while Crusie was one of the first authors to create her own web site, she rarely uses other social media platforms (Crusie's business manager, familiar with her outspoken nature, forbid her to Tweet!), preferring to present one "self" to her fans via her blog, and to collaborate with them there. "You're too honest," James told Crusie, when Crusie questioned how James could craft such different personas. She also joked, not at all unkindly, that Crusie's investment in her blog might be one reason why none of the four manuscripts she's currently at work on have reached the completion point.

The roundtable ended with each participant being asked "What is the significance of the romance author?" Their answers:

• Kay Mussell: For romance readers, the author is far more memorable than the titles of her books. But to those outside the romance community, the romance author is either invisible or looked down on.

• An Goris: The romance author drives the genre, and she's a she

• April Allison: The authorial personal is itself a fiction, a product, and this is true of romance authors as much as it is of any other type of author

• Eloisa James: Romance authors do have value. Tons of us are making far more money than our husbands, and are supporting the entire publishing industry.

• Jennifer Crusie: The perception of the romance author is inextricably tied to the perception of women in general. As long as women are second-class citizens, romance will continue to be looked down upon by the public at large.


Attendance on Thursday included a surprising mix of folks—best-selling print authors and self-publishing newbies, established literary scholars and critics at the beginning their careers, academics who study Literature, Popular Culture, Women's Studies, and even Sociology. The scholarly talks on Friday were given to a smaller sub-set of this audience, but maintained the intellectual rigor, welcoming good humor, and commitment to furthering the scholarly conversation about popular romance that formed the backbone of Thursday's presentations. I found the presentation by sociologists Jennifer Lois and Joanna Gregson, who discussed how romance authors respond to negative comments about their work and their genre, particularly interesting, as well as the many conversations we had about the relationship between the romance author and her/his fans.

Thanks to An Goris and William Gleason of Princeton, who worked incredibly hard to make this unusual symposium happen. It was a true treat to take part.

And thanks, too, to Jennifer Crusie, who smiled at this tongue-tied fangirl and generously shared her thoughts over Friday's lunch...