Let Your Voice Be Heard

On this chilly winter Friday (at least here in the northern United States), a miscellany of links to other blog posts on the the topic of letting your voice be heard:

First, from the Wonk-o-Mance web site, a post from romance author Ruthie Knox about editorial policing and author self-policing in the romance field. And this follow-up post from reader/reviewer Willaful on the Dear Author site, approaching the issue from a reader's point of view. Not only the posts, but the many informed comments, are well-worth reading if you're interested in the topic of voice. 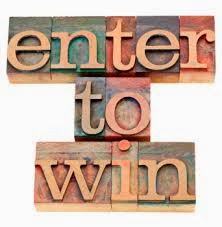 Unpublished romance authors often turned to local RWA chapter contests to get their voices heard. But this year has seen a marked decrease in contest submissions, chapter leaders around the country have reported on the RWA Chapter Leadership loop (of which I am a member, as Treasurer of the New England Chapter of RWA). In response, Tori McAllister, Secretary of the Pocono-Lehigh Romance Writers, blogged here about possible reasons for the decline, and ways local RWA chapters might respond. If you're a romance author, or an aspiring author, what kind of contests would you like to see RWA chapters run?


Winning a major award is a great way for authors to get their voices heard by a broader audience. Though RWA's RITA award winners won't be revealed until this summer, the American Library Association announced its annual awards this past Wednesday, including the Reference and User Services Association's Reading List, which "seeks to highlight outstanding genre fiction that merit special attention by general adult readers and the librarians who work with them." Tessa Dare's Any Duchess Will Do was given top honors in the romance category, with four additional books placed on the short list:

Interesting that librarians seem to prefer historicals (four out of the five titles selected), at least for adult readers. How many of these have you read? How many of them would you regard as feminist? 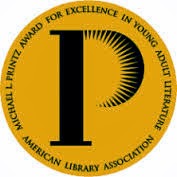 Children's and YA librarians also announced their Youth Media Awards this week. The Michael L. Printz Award, for novels written for young adults, included two books with romance at their heart: Honor Book Eleanor and Park by Rainbow Rowell, and Printz Award-winner Midwinterblood by Marcus Sedgwick (loved the first, and am eagerly looking forward to getting my hands on a copy of the second). Still waiting for the Best of the Best YA list to be posted on the YALSA web site, to see if librarians favored any other YA romances...

Finally, a question: did you vote in the All About Romance's Annual Reader's poll this year? Do you think it's important for readers to make their voices heard via such polls? Or do think polls are irrelevant in a field where sales figures often dictate what gets published and what doesn't?