The Anatomy of Courage

On Thursday morning, I woke to the sound of ten teenagers whispering and giggling as they stole downstairs in search of breakfast after a sleepover celebrating the end of their final exams. But my smile faded as I turned on the radio in search of the morning's news and heard of Vladimir Putin's sexist jabs at former U.S. Secretary of State Hilary Clinton. As reported in the Huffington Post, Putin's comments came in reaction to questions from French journalists about statements Clinton reportedly made comparing Putin's aggressive policies toward Ukraine to Hitler's imperial tactics during the 1930s. Putin's response to being compared to Hitler: call his opponent a girl. As reported in HP:

"It's better not to argue with women," Putin said, per a transcript of the interview posted online by the Kremlin. "But Ms. Clinton has never been too graceful in her statements.... When weak people push boundaries too far, it's not because they are strong but because they are weak. But maybe weakness is not the worst quality for a woman."

As much as I'd like to embrace the fantasy that such obviously sexist statements are only made by dictatorial leaders of countries with clear anti-American sentiments, my week has been far too filled with everyday examples of how men's bodies, in particular the two ellipsoid glands constituting the sperm-secreting organs, so often function as stand-ins for strength or courage. And how often women and their bodies end up on the weaker end of the binary of strong/weak.

Exhibit A: A post on the Lady Smut blog on strong women in romance entitled "Women with Balls," in which Elizabeth Shore notes:

In romance novels, self-assured strong women are alternately described as fierce, independent, headstrong, strong-willed, or plucky. Yeah, I'm not a fan of that last one, either. But for this post, I'm going with balls. It's an all-in-one kinda word that sums up so much of what I love in women like Pat [Benatar]. Women who don't take any shit, who can kick ass when needed, who have courage and confidence and heart but whose feminine side and kind side remain front and center. They are sexy femme fatales, these ballsy women, and I'd sure love to be in the club. 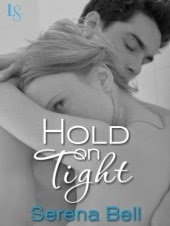 Exhibit B: Serena Bell's "Loveswept" romance, Hold on Tight, which I very much enjoyed reading, with one niggling exception. In the midst of a secret-baby story, we have a heroine who is clearly on a feminist mission—to build a world for herself and her son "where bossy men didn't tell her what to do or what to feel" (Loc 1185). And it is equally clear that our hero, an alpha male soldier struggling to come to terms with a war injury that cost him a leg, respects her and her desire for independence and self-determination. But, perhaps not surprisingly given the potential elision between loss of leg to loss of penis/masculinity, said hero continually uses gendered body terms when he thinks about strength and weakness:

She's going to kill me, Jake thought, and then Really? I must have left my balls in Afghanistan. (Loc 902)

Mira could figure it out. Handle it. God, she could handle anything. She could take life by the balls ten times over, and she pretty much had. (Loc 3334)

...as much as he wanted to run and hide, he hated that man. Soldiers engaged, and even if he wasn't one anymore, he wasn't going to be a fucking wuss. (Loc 1427)    [FYI, the OED reports that the origins of "wuss" are uncertain, but are perhaps a blend of "wimp" and "puss"].


Exhibit C: A discussion on the Self-Publishing list-serv about whether an author should feel mean if she refuses to allow her agent a cut of her self-publishing income, which included the following reply from an author

[Author refused permission for me to include said quote, even if I removed her name from it...]


While there's a huge difference between the examples I've cited and the overt sexism of Vladimir Putin, I can't help but be struck by how often we, as well as those kids who woke me up this morning, find ourselves surrounded by images of testicles (males) as strength, pussies (females) as weakness. It's not such a simple thing, as the author of the quote from Exhibit C points out when she notes how gender norms (whether socially or biologically constructed) teach women to be less forceful than men if they want to be thought to be "nice" or "good" or "feminine," often much to their detriment. And as the examples above demonstrate, testicular imagery can and is often used to praise women, as well as men.

But even when women are cheered for being "ballsy," the usage still echoes of male privilege, at least to my ear. An echo I wish those eight girls and two boys who spent the night sprawled out on the floor of my daughter's room did not have to be confronted with each and every day.


Does your sexism radar beep when you come across "balls" and "pussy" wording/imagery in a romance novel?  Or does it not bother you, if the book is not sexist in other regards?

Photo credits:
Clinton and Putin: The Wire
Iron ovaries: FatGirl vs. World
Posted by Jackie C. Horne at 9:00 AM