When you think of the quintessential urban fantasy heroine, what characteristics immediately come to mind? Toughness? Mad skills with a sword or a gun? A wit quick enough, and sharp enough to cut through the ego of villain and alpha hero alike? Zephyr Hollis, the protagonist of Alaya Johnson's unusual urban fantasy Moonshine, is about as far a cry from your typical urban fantasy heroine as a reader can image. She gets around 1920s New York City not a tame dragon or a magical steed, but on a bicycle. She's given up following in her father's footsteps as a demon-slayer, disgusted by the demon-slayer's focus on earning a buck rather than adjudicating between good and evil. And she's a member of over thirty different citizen-activist groups, all working to better the rights of women, children, immigrants, negroes, or "Others"—the vampires and other supernatural beings who are treated as second-class citizens in Zephyr's world. Whether she's picketing City Hall, volunteering at a soup kitchen, discussing the importance of prophylactics with her fellow female activists, or teaching immigrants and Others Basic Literacy and Elocution, Zephyr seems to have more in common with real-life turn-of-the-century activist Jane Addams than with urban fantasy romance heroines such as Kate Daniels, Anita Blake, or Buffy the Vampire Slayer. Which makes her a surprisingly engaging heroine for this unusual urban fantasy novel.

Given Zephyr's penchant for do-gooding, it's hardly surprising to find her picking up the abandoned body of a young victim of the Turn Boys, a criminal vampire gang, rather than summoning the police. After all, the authorities would simply take him to the morgue and stake him, or cut off his head, because kids are too difficult to control when they turn into vampires. "The Others might not be human, but they're still people, you know?" Zephyr reminds herself as she hauls the body onto her bicycle, rushing not to be late for her evening class.

Luckily for Zephyr, she runs into one of her new students, a mysterious man named Amir ("He reminded me of Rudolph Valentino in The Sheik—foreign, handsome, dangerous—but darker, his features broader and a little more attractive"), on the way into the school building as the young boy begins to awaken into vampire-hood. "Shall we tell the blood-crazed vampire that you're late? Maybe he'll be polite enough to resume his mauling after you've finished," Amir quips when Zephyr seems more put out about missing her class than about being attacked by the boy; "I glowered at him, but was prevented from coming up with an appropriately dry retort by the sensation of gums and fast-sharpening teeth rasping across my suddenly exposed throat" (7). Zephyr may not have the fighting down, but she certainly has the wit. And she has a strange immunity to vampire-venom, a secret that she inadvertently reveals to Amir.

A secret that Amir decides to capitalize on, by offering Zephyr a bargain—he'll offer the newly-turned vampire safe haven if she'll help him find Rinaldo, the leader of a band of criminal vampires, who has taken something from him that he wants back. Between searching for the vampire-boy's former family, infiltrating the Turn Boys gang by offering to teach them to read, picketing, volunteering, teaching, and attending suffragette meetings (rights for Others, as women already have earned the vote), Zephyr's days and nights are far from empty. Add in Zephyr's decision to serve as a source for a deb reporter; the arrival of a new intoxicant to the speakeasy scene, an intoxicant that sends vampires into a rage; and the sudden appearance of Zephyr's parents from Montana, her father hired to take out the Turn Boys gang, and it's amazing that Zephyr even has time to engage in a flirtation with the handsome Amir, never mind develop actual feelings for the man, who may not be a vampire but seems something more than human.

The disparate threads of Zephyr's busy life gradually begin to weave together, into a pattern that threatens not just Zephyr, but the boy-vampire Judah, Nicholas, the abused but vicious leader of the Turn Boys, and even the powerful Amir. Though Zephyr's never been much good with a pistol, she might just have some skills with a sword. But just who is really worth saving?

Though the storyline in Moonshine comes to a clear conclusion by book's end, the romance arc between Zephyr and Amir is left tantalizingly open. Luckily, a sequel and a prequel about the singing vampire suffragette await on library shelves.


What other urban fantasies have you read that feature female protagonists who don't fit comfortably within the conventions of the subgenre? 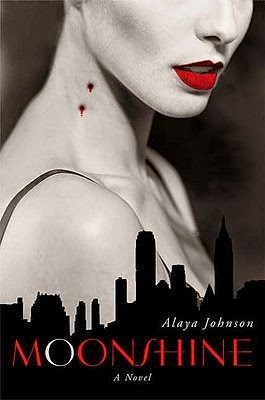