When the Form Works Against Feminism

In the two years since the debut of this blog, I've read and followed many an online debate about whether or not romance as a genre is, by its very nature, feminist. My own position on the matter has been that no genre, including the genre of romance, is inherently feminist, but any book, in any genre, has the potential to be feminist. While a woman-authored genre may be more likely, in general, to be sympathetic to feminist ideas and discourses, the mere fact that the majority of its authors are female is not a an iron-clad guarantee that all, or even most, individual texts within it will be feminist. A woman may write an anti-feminist romance, just as a man may write a pro-feminist one. Whether any individual romance is feminist or not, I thought, depends entirely on how its author uses or subverts its genre conventions to convey sympathy with, or antipathy to, feminist beliefs and concerns.

Yet a recent book made me rethink somewhat my "it all depends on what the author does with it" stance. Because in this book, it seemed to me that the dictates of the genre itself did constrain an individual novel's feminist impulses, even when those feminist impulses are stated explicitly within the text.

The book that made me think harder about my own assumptions was recommended by Sarah, an RNFF reader, as one of the best feminist YA romances of 2014. Sarah wrote:

I'd include Jennifer Echols' Biggest Flirts on my 2014 YA list (and the others in that series, which are out this year)—she does such a great job at portraying girls' experiences and is very positive in her treatment of teen girls and sex. She also pushes the envelope in terms of the "likability" factor, which I especially appreciate in YA. 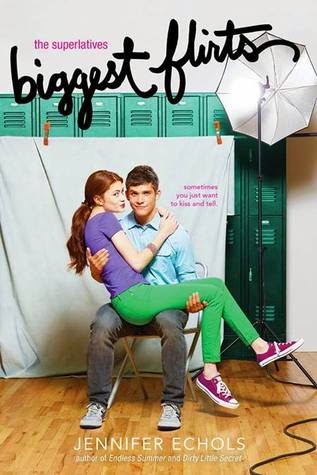 I'd never read any of Echols' books, so off to the library I went, and discovered a real treat. Biggest Flirts, like the majority of YA, is told in the first person, in this case from the point of view of rising senior high schooler Tia Cruz. Floridian Tia's all about the fun: a classic extrovert ("People always tell me I could have a conversation with a rock" [186]), Tia would much rather spend time hanging out drinking beer with her friends, or hooking up with a sexy guy, than taking on anything that has the least hint of responsibility about it. She doesn't want to work hard in school (despite her high PSAT scores); she doesn't want to be promoted to be assistant manager of antiques store where she works part time; and she definitely doesn't want to be named captain of the drum corps, responsible for keeping all her fellow marching band percussionists in line, both figuratively and literally.

Tia's seen first-hand what too much responsibility too early can do to a girl. Her mom, who got pregnant with Tia's oldest sister at 17 and had three more daughters in quick succession, later got hooked on painkillers and started stepping out with other men—"She told my dad she was trying to get back something she'd missed out on when they were younger" (230). And all three of Tia's older sisters followed in their mother's early footsteps, dropping out of high school to be with boys who "became the most important people in their lives" (32). Two of them aren't even with the boys anymore, and the other one's relationship isn't very stable. Tia doesn't ever explicitly state that she wants to avoid the stereotypes inflicted on Latina girls (she's half Puerto-Rican), but a passing worry about the appeal (or lack thereof) of her "gangly puertorriqueña" looks suggests that she's aware of the racialized assumptions many in the United States hold. No way does Tia want to end up like her mom or any of her sisters.

With such examples before her, it's hardly surprising, then, that the idea of dating turns Tia completely off. What's different here, though, from the typical YA is that while Tia doesn't want to date, she does want to have sex, and isn't ashamed to acknowledge it. She'll sleep with a guy, but she definitely won't date him, something she's careful to make perfectly clear to any guy with whom she hooks up. Including the hot new guy in school, midwesterner Will Matthews:

"I think we're sending each other mixed messages," he said.
"I think I've sent you a very clear message," I corrected him, "and you're choosing not to receive it."
His hands paused on the bottom button. "You mean you do like what I'm doing right now, but you don't want to date me."
"Date anybody," I fine-tuned that statement. "See? You do get it." (66) 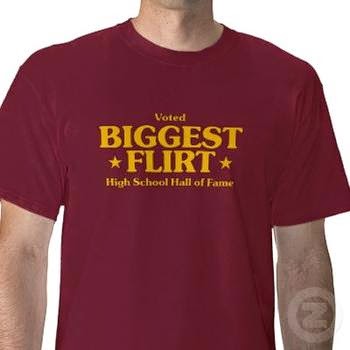 Tia does not view her behavior as slutty or aberrant, and we don't hear others in the novel denigrating her for it, either. When Tia's overprotective friend Kaye, who has a long-term boyfriend, scolds Tia for taking Will home the same night she first met him—"Girls are supposed to say yes to a date, then no to manhandling. You're not supposed to say yes to manhandling, then no to a date" (73), Tia is quick to point of the hypocrisy of Kaye's statement: "First of all, you are not saying no to the manhandling.... And second, I want the manhandling. I don't want the dating. That stuff is fake anyway. The guy is taking you on dates just so he can manhandle you later. You're not being honest with each other" (73-74). Later, when Tia hears she's been named her senior class's "Biggest Flirt," Tia immediately recognizes the anti-feminist undertones of such an "honor": "I'm not sure I like this. It has a slut-shaming flavor, like they really wanted to give me Biggest Ho" (119). And when Will, who, despite their decidedly non-dating status, is granted the male half of the "Biggest Flirt" title right along with Tia and starts to blame her for the unwanted moniker,  Tia calls him on his sexism: "Cheap shot, but you have taken on an accusatory tone. You're standing here blaming me when we both got elected Biggest Flirt. We achieved that honor together. It's like a guy blaming a girl for getting pregnant" (122). Tia knows her feminist principles, and will not allow others to get away with making sexism comments or assumptions about her or her behavior.

Yet Biggest Flirts is a romance novel, and the genre demands that any book within its bounds has to end with a happily-ever-after, or at least, a happy-for-now. And in particular, one that celebrates the creation of a new romantic relationship. In order for this to happen in Biggest Flirts, Tia's objection to dating has to be reinterpreted. Tia's refusal to date, which might have been seen as a wise decision, to hold off on getting too involved with another person at such a young age, instead becomes a psychological problem: a refusal to trust in the goodness of love. As Tia explains to Will:

"It's not just a sex thing. You can have a boyfriend without having sex. You can have sex without getting pregs. It's not the sex that messes people up. It's love. You can have sex and protect yourself and still keep out of trouble. It's love that starts to tangle everything up, and makes you think that an army private who's been to juvie would  make a great dad, and that seventeen is the perfect age to start a family. When my sisters and I used to talk about sex, it wasn't embarrassing as long as we were being honest. It's love that confuses things and makes you unable to explain later why you didn't use a condom. Love and pressure and the feeling that you're everything when you're with this guy, and when he leaves you, you're less than you were before. If you fall in love, you attach yourself to somebody, and you can't do what you want ever again." (233) 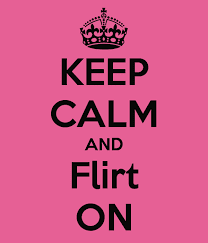 But only a few pages later, Tia is declaring her love for Will, and is starting to believe that her "fear of having a boyfriend seemed immature" (283). Friend Kaye, whose advice earlier in the novel Tia rejected as sexist and hypocritical, now serves as the mouthpiece for compulsory heterosexuality:

"You've watched your sisters make mistakes. You're younger, so you may have seen your mother leaving very differently from the way they saw it. You miss your mom, but instead of trying to fix your life by filling her shoes, you avoid further complications by sidestepping responsibility when you can. You have an allergic reaction when you do get put in charge. You stay out of any relationship at all."
"But that's a good thing," I defended myself. "I'm a lot better off than my sisters."
"But what if you don't change?" Kaye asked. "At some point when you're older, you're going to look around and see that everybody is in a relationship while you're alone. And pretty much everybody in your high school classes will have gone off to college." (286)

Tia's refusal of responsibility is conflated with her refusal to have a boyfriend, both cast as problems Tia must overcome. By book's end, then, not only has Tia begun to stop sabotaging her future, has taken a few steps toward greater responsibility at home, at school, and in the band; she has also agreed to try dating Will. The happy ending required of the romance genre—that Will and Tia be together by book's end—can't help but undercut to some extent the book's earlier assertion that casual hooking up is nothing to be ashamed of, may even be a wise life decision for a woman on the verge of adulthood.
Posted by Jackie C. Horne at 11:03 AM