In a Wonk-o-Mance blog post in April amusingly entitled "Herpily Ever After," romance author Cara McKenna mused about why there are so few mentions of sexual transmitted diseases in contemporary romance. After her initial instinct to "get uppity" about their absence, well-aware of the way that our "sex-shaming culture still clings to the belief that STIs are punishment for moral failings," McKenna reined in her initial instincts, noting that for most sufferers, dealing with a sexually-transmitted disease today is akin to dealing with pollen allergies or wearing contact lenses. And, like other similar banalities that people deal with on an everyday basis, STIs only belong in a story if they have some meaningful effect on a character or on the plot in which he or she appears. McKenna definitely believes that there should "be more visibility and frankness in our culture around STIs," but doesn't necessarily think that romance fiction is the "place to champion such a movement."

At least one romance author begs to differ. Only a few days after McKenna's "Herpily" post appeared, Sarina Bowen published the fourth book in The Ivy Years, her New Adult college romance series set at a thinly-disguised Yale. The Shameless Hour not only uses romance to call for the very visibility and frankness around STIs that McKenna is looking for, but also explores the linkages between STIs, slut-shaming, and the policing of young women's sexuality.

Readers of earlier books in the series will remember Shameless's heroine, Bella, as the student-manager of Harkness College's male hockey team. Bella has had, and continues in this book to have, an active sex life, one which she refuses to feel shame over, even when friends on the team make stupid remarks ("Who does Bella like? I need this intel for the season-opening bets.... There's a pool going on which freshman Bella goes home with first" [Kindle Loc 357]). Such comments grate on Bella: "It was true that I'd had a lot of sex with hockey players. (One at a time, usually). But the players weren't saints, either. And nobody was starting a betting pol about any of them. Double standard, much?" (357). But Bella won't change her behavior just to conform to unfair sexual norms, even though she knows there's a price to be paid for nonconformity: "The truth was that people were always going to talk smack about me because I didn't hide the fact that I'd had more than a few sexual partners. Girls who played the field got called names. I knew the drill" (370). 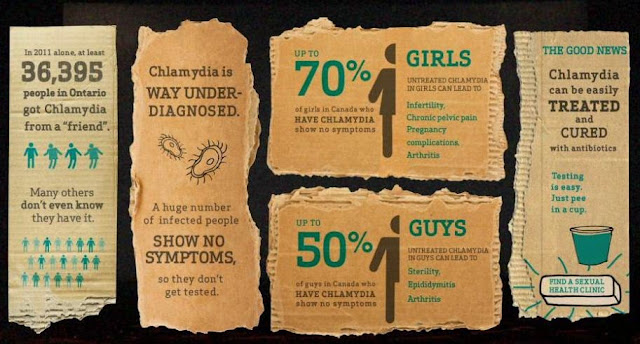 Talking smack is one thing, but public humiliation is another. After Bella is diagnosed with chlamydia, the most common STD in the United States ("Well, yippee. It isn't every day you find out that you've got the good kind of STD" [1408]), she's faced with the task of informing the one guy with whom she had sex within the transmission window that he infected her, and needs to get checked himself. Not freshman Rafe, with whom she had a mutual consolatory one-night stand early in the semester, but her most recent hook-up, Beta Rho frat boy Whittaker.

Bella's nurse counsels her that her partner may not believe her, since "over half the people who carry [chlamydia] don't have symptoms" (1417). Thus readers aren't surprised when Whittaker, an entitled jock, refuses to accept responsibility. More than that, he actively blames Bella, orchestrating a particularly public form of revenge against her, one involving permanent pens, misogynistic words, and photos uploaded to a fraternity boast and prank web site. Even though the nurse who treated Bella tried to interrupt the linkage of STDs and female sexual freedom—"Bella, would you be feeling the same way if you'd caught the flu from a partner? ... This isn't a message from God. There's no reason to panic or to feel any shame" (1408)—after Bella's experience, she can't help but burn with shame.

Bella's protective alpha hockey team friends rally around her, but their questions—"Was the ink the worst thing that that happened to you that night?" (1969)—just add to her humiliation. Bella withdraws from her friends, even from her job on the hockey team itself. And she decides not to report Whittaker's fraternity, or Whittaker himself:

He'd want to know if I'd been assaulted, just like Rafe had tried to ask, too. In their minds, it was the worst thing that could've happened to me. And maybe they were right. It's not like I had any experience with that.
But I'd had enough experience with other kinds of assholery to know public humiliation was no trip to Hollywood, either. I wasn't about to make my own life worse by making a complaint against the fraternity, because there was no way I'd prevail. The Beta Rho national chapter probably wrote their own slut-shaming tactical handbook. (1977) 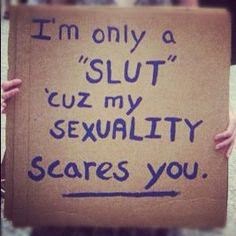 This is a romance novel, though, so justice does eventually get meted out, both of the official and unofficial (i.e., Bella playing a decidedly feminist prank on the entire Beta Rho fraternity) kind. And Bella finds unexpected support, and friendship, with her next-door dorm mate, when she's never had a close friendship with someone of her own sex before.

And she finds surprising support from another unlikely quarter: her one-time hook-up Rafe, a boy who is in many ways her exact opposite. Dominican to her white; working class to her ownership class; family-loving to her family-rejected; serious to her casual. Especially when it comes to sex (favorite line: "I don't do casual, because I don't want to feel like the most convenient dick in the neighborhood" [2887]). Despite his own sexual mores, Rafe clearly appreciates Bella, in all her outspoken, sexually liberated glory:

"Someday," he said, "you might have a daughter..."
"People keep warning me that karma is a bitch."
He shook his head. "That's not what I mean at all. You'll have a daughter, and she'll be able to tell you wahtever is in her head. And you won't hit the roof you'll just deal with it, you know? The girls in my neighborhood, they hit high school and all the aunties start heaping on the guilt. 'Don't wear short skirts, because the boys will think you're easy. Don't let him kiss you. Don't let him touch you. Go to confession.' It's crazy." (2421)

For Rafe, though, friendship is rapidly transforming into falling, and falling hard. But when he scrapes up the courage to ask Bella to be his girlfriend, she says no, and counteroffers a friends-with-benefits deal. When Rafe in turn refuses, Bella accuses him of slut-shaming her. But he immediately protests: "I think you're amazing, and I've said so every chance I get. Don't put words in my mouth. I never said your way was wrong. It's just wrong for me" (3121). Is wanting a relationship with Rafe the same as giving in to everyone's desire that she be a good girl, that she stop rocking the sexual double standard boat and settle down with a guy, instead of playing the field?

In The Shameless Hour, Bowen dissects the ways that privileged men often use shame to control female sexuality, and the corroding effects of such sexual shame on young women. But in Bella and Rafe, she also provides strong role models for both women and men who want to reach a place of both shamelessness and caring when they embrace their own sexual desires. 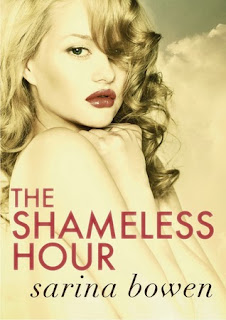