The Nine Essential Elements of Romance According to Catherine M. Roach

Last week, my long-awaited copy of Catherine M. Roach's Happily Every After: The Romance Story in Popular Culture arrived in the mail. Like me, Roach has a double identity as both a scholar and a writer of romance (under her pen name, the far more romantic Catherine LaRoche), and I was curious to discover how she navigated those two identities, how her knowledge of one realm informed her thinking about, and in, the other. And vice versa.

I've only made it through Chapter 1 (out of 8) so far (ah, the glories of late winter viruses). But there are enough meaty insights even in just the Prologue and opening chapter to provide hours of thought for those interested in what popular romance is and does. 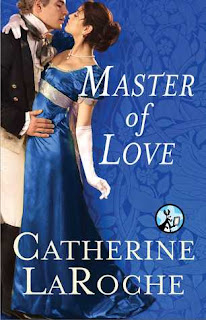 Roach's prologue serves as an invitation into the world of Romancelandia, both the genre of fiction and the readers of said genre. At the heart of genre romance, Roche argues, lies these two central tenets: FIND YOUR ONE TRUE LOVE and LIVE HAPPILY EVER AFTER! Her book, written in accessible, reader-friendly prose, proposes to think about and understand those two basic ideas. "How does this narrative function? Why, how, and to what effect does this story have such a hold on us?" (2)

Her opening chapter outlines her foundational ideas, what she's come to understand about popular romance after spending several years investigating the above questions. Said ideas can br boiled down to two related lists.

Rather than argue whether romance is good or bad, or good or bad for women readers, as has been the approach of many previous academic scholars of the genre, Roche takes a both/and approach: "My core argument is that romance novels are popular because they do deep and complicated work for the (mostly) women who read them" (11). That work has three related (and, I would think, often contradictory), aspects, Roach suggests:

• Reparative: romance tries to "make up for the costs to a woman's psyche of living in a culture that is still a man's world"

• Transgressive and empowering: romance works to encourage its readers to "refuse to be limited or lessened by narrow gender roles and a toxic ambivalence about women's sexuality"

• Mythic/religious: romance serves as a testament of faith for its readers, faith in "the redeeming power of love as of ultimate concern in human life" (11). 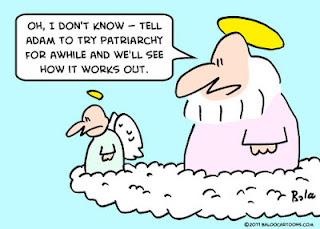 As God says to Eve, "Your desire shall be for your husband and he shall rule over you" (Genesis 3:16).  For women living in a patriarchal culture, the "perfect trap" of romance is "to be made to want someone who will subordinate you" (12). Romance turns this "Gordian knot of female desire" into "the magic potion of a love that softens and sweetens the complications of desire into the guarantee of a happy ending" (13).  Or, in other words, romance novels address the "conundrum of living as a woman in a man's world, or more specifically, as a heterosexual woman whose desire is for men," by "offer[ing] a fantasy safe space that addresses these anxieties and has them all work out" (15).

In a footnote, Roach explains that her focus on heterosexual female readers is not an attempt to "erase the experiences of readers of other gender expressions and sexual orientations" (199, note 8), and poses a series of questions for future investigation. But I think with some minor editing, the cultural work Roach argues romance achieves  could equally be applied to LGBTQ readers, and to books featuring LTGBQ romances. Do you?

The remainder of her chapter expands upon this list of three aspects of the cultural work of romance with another list: the "nine key components to the core story about romance." In contrast to Pamela Regis's structural approach to romance's essential elements (in The Natural History of the Romance Novel), Roach takes a cultural studies approach, identifying the key ideological assumptions of the genre. Or, in other words, the ideas that all romances take as givens.

1. It is hard to be alone
2. It's a man's world
3. Romance is a religion of love
4. Romance requires hard work
5. Romance involves risk
6. Romance facilitates healing
7. Romance leads to great sex, especially for women
8. Romance makes you happy
9. Romance levels the playing field for women 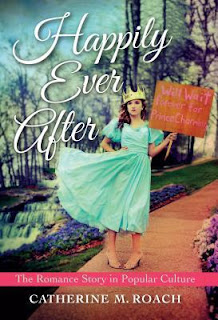 Though Roach is writing as a cultural critic here, I can see how this list of essential elements could be helpful both to romance writers and reviewers. I've often found myself reading a romance where something just seemed to be lacking, or off. And after reading through Roach's list, a lightbulb is going off in my head. Oh, this book felt flat because falling in love for the protagonists didn't involve any real risk; that one did not stick with me for very long because the love came too easily. As a writer, I could give this list to a beta reader and ask that reader to keep them in mind when critiquing my manuscript. Or I could even write up the list and pin them above my computer monitor, to help keep them in my mind for goals while I am drafting.

As a literary critic, I also appreciated that Roach also calls the reader's attention to problematic aspects of many of the key elements that she identifies. For example, "romance levels the playing field for women" can be problematic if it "obscures the extent to which they are options other than romance whereby women can thrive and become empowered" (26). And "romance is a religion of love" can be problematic "if and when privileges romance over other forms of love as the best and highest love" (23). I think I could add a few others—does the "romance facilitates healing" glorify the "broken"? Does it insist that romance has to "fix" you?

I'll be curious as I read further into her book whether she thinks these problematic aspects apply across the genre, or only in specific books within the genre.

One last side comment that really made me say "Oh, yeah, I never thought about that, but what you're saying seems really dead-on":

What do you think of Roach's lists? Are there books that you consider romances that don't incorporate all of the above key components? Or that don't attempt to do all three types of cultural work she identifies?