After reading a few too many books with alpha male heroes, I always find it a welcome break to pick up a romantic comedy written by a Brit. British romances seem far less enamored of the strong, über-manly types, often choosing to laud more huggable, even hapless heroes. Take for example Walter Hanborough, the hero of the third book in Rhoda Baxter's Smart Girls series, Smart Girl in Trouble.  Walter's a doctor, but of the rumpled scientific, rather than the sharply-dressed medical, kind. He's afraid of movie violence, and of spiders, and the microbiology of underwater volcanoes is what gets his intellectual motors revving. But Walter is reeling after returning from his latest trip to find his ex-wife (the one who left him because she was tired of competing with microscopic bacteria for his attention) is not only about to remarry, she's also moving with her new husband—and with Walter's daughter, Emily—to the States. 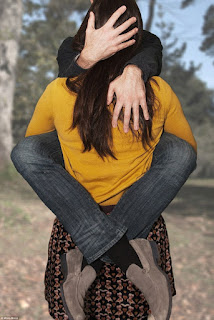 Such a non-alpha hero requires an equally unusual—at least for genre romance—heroine, one Baxter provides in the person of Olivia, the woman who just started renting the bottom floor of Walter's London house. Olivia (or, "Og," as she is more familiarly known as by her younger brothers and best bud Tom) is as unstereotypically female as Walter is unsteroetypically male. Og can both drink all the other guys at the stag party she's throwing for soon-to-be-married Tom and take the hottest guy from the party home for a fun shag. She has no desire to marry, as her mom and stepfather urge her to do: ("We thought that you just needed time to find your own equilibrium. You know, get the partying out of your system and settle down. But you're thirty now, love. You've had your years. We would love to see you settle down" [2823]). And she certainly has no desire to procreate, not after watching her mother almost die from HELLP (a life-threatening pregnancy complication related to preeclampsia) while carrying her two younger brothers to term.

Neither Walter nor Olivia has any problem with his or her own self-image; neither worries that they are not masculine or feminine enough to suit anyone but themselves. As Olivia notes about Walter, "He was gentle and kind. A bit of a scaredy cat when it came to spiders and movie violence, but the fact that it barely touched his self-confidence was astounding. And again, attractive" (1304). Olivia usually puts guys into two categories: "huggable" (i.e., a potential friend) or "shaggable" (i.e., a guy she'd take to bed without thinking twice). She's finding Walter rather confusing, though, because unlike any other guy she's ever met, he's both.

As for Walter, he finds Olivia's "laddishness" simultaneously puzzling and intriguing:

"Why do you pretend you're not a girl?" he said suddenly.
"What?" She gave him a funny look. "I don't pretend I'm not a girl."
"But you're so... no nonsense."
"You're scared of spiders. I don't accuse you of not being a bloke."
"That's different."
"How, exactly? You do something 'girly' and that's okay. I have short hair and suddenly, I'm butch. That's balls."
"It's not just the haircut, it's the clothes and the... attitude."
She glared at him for a minute, then her lips curved into a mischievous smile, which, he suddenly realised, was very, very sexy. "I am a girl," she said, leaning closer. "I can prove it." (1161). 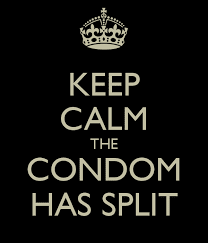 What could be the trouble, then, for such a smart girl as Og? Take the above-mentioned post-bachelor party tryst, add a split condom and a thrown-up birth control pill, and mix with a guy who turns into an ex almost before Olivia realized they were doing anything more than dating. And, yes, you get a very unplanned pregnancy, which, when it comes right on top of just being made redundant from her job, Olivia is not at all happy about. Especially right when a potential romance is starting to bud between Olivia and Walter—who is certainly not the fellow whose sperm met up with one of her eggs.

Though Olivia is sure she wants to have an abortion, almost everyone around her counsels waiting (except for the awful ex, of course, who practically throws money at her in his eagerness to rid himself of any entanglements). Olivia's doctor; her best mate Tom; even her best girl friend Ruchi, liberals all, tell her to think twice, give it some time, avoid making any rash decisions. And let's not even mention what Olivia's mother would say, if Olivia ever told her...

Olivia is the most surprised by Walter's reaction. And this is where the romance might have taken quite a regressive turn. For Walter is deeply hurt by the impending move of his beloved daughter Emily, and, without even thinking, jumps in to declare that he's ready to start a new family with Olivia. And Olivia's child. By another man. Because he "likes" her.

My heart sank when I got to this point in the story, fearing that Olivia and Walter were about to turn into the protagonists of a sentimental Hallmark movie. You know the type, and just how it would play out: Olivia would refuse Walter's kind offer, but would ultimately realize how mistaken she was to reject him, and to reject her pregnancy (probably after she'd have a scare about losing the baby). She'd go on to gratefully have the child, despite any potential threats to her own health (her mother's HELLP syndrome is hereditary). Walter, of course, would be there by her side as she gave birth, claiming the infant as if it were his very own as soon as it slid from Olivia's body. And for the icing on the cake, Walter's biological child, the one he didn't realize he loved so much until his ex spirited her away, would somehow miraculously not be moving across the ocean, so Walter would get not only a new wife and a new child, but he'd get to the keep the older child, too (nah-nah, bitchy first wife, serves you right for abandoning your husband and for trying to take away a father's rights to his child!)

I should have had more faith in Rhoda Baxter. For Baxter's narrative sets up the sentimental situation only to send it spinning in entirely unexpected directions. Just for starters, Olivia is immediately on to the implicit sexism behind Walter's "kind" impulse, and is not at all wary about telling him just what she thinks of it:

"You screwed up the first time and now you're hoping that you can persuade me to keep this baby so that you can have another go. Is that it? Just THINK about how irresponsible that is. You want me to have a child that I don't want and that you have no claim on, just because you can't face the fact that you were a lousy father to your daughter." (2500)

I won't give away the other surprises in store for Walter and Olivia as they try to negotiate the bumps in their relationship that Olivia's unexpected pregnancy and Walter's reaction to it. I will say, though, that while Baxter's romance will make you chuckle, it will also make you think about just what a parent, especially a father, owes a child, and what a child owes a parent in return.

And what a woman owes herself. 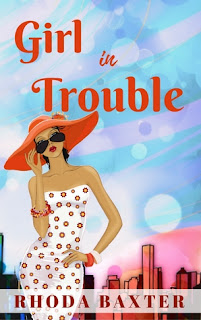