The Feminism of Pain? Sarah Taylor Woods' HOLD ME DOWN

Daddy fetish and feminism? If someone told me five years ago that I'd be putting those two ideas in the same sentence, I'd have laughed them out of the room. But since returning to romance reading in the intervening years, my eyes have been opened to a far broader spectrum of human sexual practices that my white middle class upbringing ever even acknowledged. And I've learned that the feminism or lack thereof in any sexual practice depends not just on the practice itself, but on the people who partake of it, and their reasons for so doing. So, daddy fetish and feminism? Sarah Taylor Woods, you've convinced me it's possible. 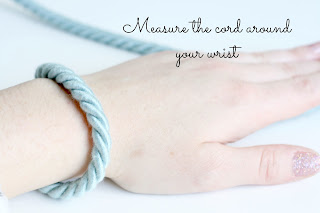 Woods' debut romance novel, Hold Me Down, is told in the first person by Talia Benson, a junior at the University of South Carolina. Talia's been in therapy ever since her mother found her cutting herself in high school, an emotional reaction, everyone assumed, to the messy divorce her parents just went through, to her father's verbal abuse, and to her boyfriend of three years unceremoniously dumping her. Talia knows that she's emotionally a mess, but her reasons for the cutting are far more complicated. Ever since she can remember, Talia's been fascinated by bondage and pain—wrapping curtain cords around her wrists when she was six; playing as many contact sports as she could as a kid and a teen; masturbating to fantasies of being held down by a faceless man who bites her and hits her when she was twelve; asking her boyfriend to tie her up as a present for a teenaged birthday (which led to the above-mentioned unceremonious dumping).

Woods, through Talia, explains in a way I've rarely seen in a romance novel, why pain is so appealing to a masochist:

"But it's like... you want to do this thing, right? A hard thing. You have to work for it, and it hurts. It takes time and energy and effort. And you get the shit kicked out of you for your efforts—like roller derby, right? and at the end of the day, you see these visible, physical reminders of your ability to take what's thrown at you. To take it and keep going and come out the other side. It almost doesn't matter if you win." (Kindle Loc 1258)


But Talia's fantasies and desires bother her, especially in light of her progressive values:

Never mind that I'd identified as a feminist since I learned the definition of it. I was so invested in determining y own future and making my own decisions and being as good as any man walking down the street—but as soon as I got my clothes off, boss me around, hurt me, threaten me, humiliate me.
How on earth was I supposed to reconcile that? (2068)


Because of her ambivalence, Talia hasn't engaged in a romantic relationship since high school. And because she's not found anyone at all interested in the same sort of "not normal" desires that she has. Until, at a lunch get-together sponsored by her Archaeology professor, she meets doctoral student Sean Poole:

Pooley was hot.
Hot like, Thor moved to Portland and got a job in a logging company hot. Blond hair pulled back into a little knot. Beard. Plaid button-down, solid tie. Flat front chinos, broken-in work books, and—
Jesus. Legs for days. (135)

Talia finds herself initially tongue-tied by this gorgeous specimen of male pulchritude, but her usual brashness quickly reasserts itself, a combination that catches Sean's attention. And Sean, who always goes for what he wants, immediately asks sassy, mouthy Talia out. 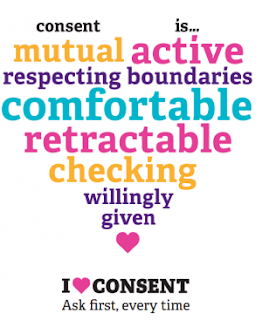 He let me go, and I wanted to slap him. I couldn't stop my hips rolling toward him, pushing back against the door. He reached down and swiped his shirt off the floor. "Someone told me I wasn't allowed to boss her around."
I gaped at him.
"And I promised I wouldn't until she asked me to." Grinning, he laid a hand over his heart. "And I am nothing if not a man of my word."
"Sean."
"I'd hate to violate your trust." He pulled his shirt back on. "Relationships are based on trust."
"Oh my God. Sean."
"Yes, Talia? What is it?"
I opened my mouth to ask him to boss me around, but for some reason, the words wouldn't form. I couldn't deny I wanted him to. But why? Why this insane urge for him to hurt me and push me around? What would Olly [her psychotherapist] think?
What would my other think? Where was the independent girl she'd raised?
Forget all that. What should I think? (1405)

No one's ever suggested to Talia that sexual desires such as hers are "real and normal and attainable" before Sean. And so Talia gradually grows comfortable enough to give her consent, and  the two begin a Dom/sub romantic and sexual relationship, one in which Talia eventually finds herself calling Sean "Daddy" and Sean calling her "little girl." (Given Talia's very real issues with her own domineering father, I had to do some outside reading here to get a handle on why people in Dom/sub relationships might use such language; this article in Broadly helped a lot). 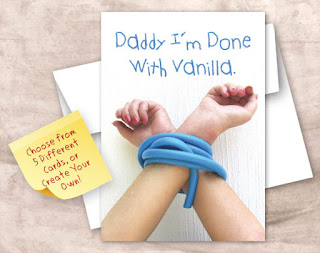 Talia's never been happier in than her unusual romantic relationship with Sean. But Talia's friends and family aren't quite so sanguine. Especially after catching sight of the marks Sean leaves on Talia's body, Talia's roommate and longtime BFF Mallory, her therapist Dr. Oliver, and eventually her mom begin to challenge her belief that her relationship with Sean is a healthy one:

"But I worry about you," [Mallory] said gently. "I worry that you get so wrapped up in seeking male approval you forget about all the approval the rest of the world is throwing at you.... You know you don't need some human with a penis to make you appreciate how awesome you are. Penises are just really well-irrigated skin tags." (2169-77)


"I'm not talking about consent," [Dr. Oliver] said. "I don't doubt you're both very interested in what you're doing. That you're both very excited by it. But that doesn't make it healthy. Do you see the difference?"
I did. God help me, I did.
"Talk to me," she said. "Tell me what you're feeling."
"I'm feeling really judged," I said. "And I didn't think that was a thing that was supposed to happen in here."
"I'm not judging you," she said. "I'm diagnosing you." (3809)


"How does he talk to you?" [Talia's mother] asked.
You're not in any position to question me.
I swallowed. "What do you mean, how does he talk to me?"
"Does he tell you how to be better? How to do better? Because that's how your father talked to me.
Wear a skirt.
I'll tell you when we're done.
We're going to talk about self-preservation
Don't drink too much.
Someone oughta teach you some patience. (4250)

I loved that the narrative didn't just brush off these questions as unimportant, or make out that the people asking them are stupid or uninformed. They all question Talia out of caring, out of worry that her decisions are not wise.

But at the same time, the story, through Sean, offers a counter-narrative:

You are probably the bravest woman I know.... It takes a lot of guts to ask for what you have, and guts to go through with it."
"Because it's weird?"
He took a deep, steadying breath, his jaw working under his beard. He said, "No. Because everyone keeps trying to convince you it is, and you want it anyway, bad enough to ask for it. Baby, I need you to know I don't give a fuck about those people and you shouldn't, either. Okay?" (3056)


Talia's not always comfortable buying into Sean's take on her desires. And deep into the story, when up until now her perfect boyfriend makes a huge misstep during their sexual experimentation, Talia's trust in him, and in her own judgment, takes a nosedive.

Where was the line between getting off on someone else's pain and being a fucking monster? Was I rationalizing? Was that something abuse victims did? Justify it with but we're both getting off? Could one-sided violence really be consensual? (2677)

That Woods offers no easy answers to these questions, but ultimately grants her protagonist the freedom to decide for herself what will be her own normal, what best constitutes her own happiness, makes for an unusual, and decidedly feminist, romance. 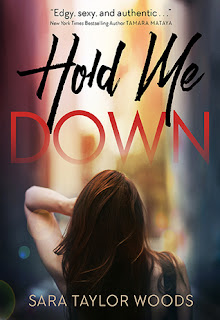