Spotlight on the Lambda Nominees: Karin Kallmaker's LOVE BY THE NUMBERS

'Tis the season for literary awards to announce their nominee lists. As I mentioned in this post, the Nebula list, awarded by the Science Fiction and Fantasy Writers of America (SFWA) came out late last month; in early March, the Lambda Literary Foundation announced its nominees for the 2014 Lambda awards, prizes awarded to "the best lesbian, gay, bisexual and transgender books in their year of publication." The Nebula Award honors fantasy and science fiction in general (best novel, novella, novelette, etc.), with no sub-category for SF or Fantasy romance. But the Lambda Literary Awards give awards to both the best "gay romance" and the best "lesbian romance," defined as books that "feature a prominent lesbian/gay character or contain content of strong significance to lesbian/gay lives" and that "focus on a central love relationship between two or more characters." Gay and lesbian romances may fall into any one of the many sub-genres of romance, including "traditional, historical, gothic, Regency, and paranormal romance," according to the LLA web site.

M/m romance, and, to a lesser extent, gay romance, have become widely popular amongst general romance readers. But lesbian romance has not received the same level of attention, or interest. Given my own lack of knowledge of this area of the field, I decided to read all of this year's Lambda nominees for best lesbian romance, and to report on my reactions to them here on RNFF. 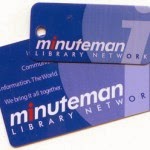 The first thing of interest to me as I begin this project is how few of the Lambda-nominated titles were available through my local library network. Massachusetts' Minuteman Library Network (MLN) is a consortium of 43 libraries, with 62 locations, including 36 public and 7 college libraries. Through the MLN network, I was able to interlibrary loan most of the books from the Nebula list that included a romance storyline. But access to the Lambda titles was far more limited. The week after the awards were announced, only one of the Lambda nominees for gay romance could be ordered, and none of the lesbian romances. Is this due to a lack of respect for gay literature? Or for romance? Given Massachusetts' liberal reputation, particularly in regards to gay rights, this lack of gay romance titles in the MLN system is more than a little surprising.

The second thing I noticed was that most of the Lambda award lists included books from multiple publishers. For example, 10 books nominated for Best Gay Romance were published by 8 different publishers (with Riptide Publishing garnering 3 of the 10). In contrast, the lesbian romance list was dominated by only two publishers: Bold Strokes Books and Bella Books, with 4 titles each (Phoenix Rising Press and Bedazzled Ink Publishing Company/Nuance rounded out the field). I'm curious, now, wondering about the percentage of publishers putting out lesbian romance books compared to gay and m/m romances, and the percentage of lesbian romance books published each year compared to gay and m/m romances. Tried to do a quick Google search to find figures, but didn't have much success. Any readers out there who might point me in the right direction? 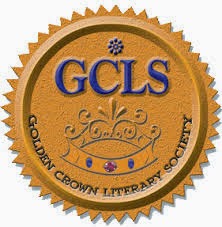 Finally, my thoughts on the first title to arrive in my mailbox: Karin Kallmaker's Love by the Numbers. A seasoned romance and fantasy-science fiction writer, Kallmaker was awarded the 2011 Trailblazer Award by the Golden Crown Literary Society, "a literary and educational organization for the study, discussion, enjoyment, and enhancement of lesbian literature." Kallmaker's latest romance focuses on the "hate at first sight" relationship between a dour scientist and a woman hiding from her parents' criminal past.

The irony of Nicole Hathaway's academic tract on DNA and sexual attraction going viral is not lost on the less-than-personable professor. Nicole has cultivated a reputation as difficult and humorless, not only to protect herself against the unthinking sexism and racism a female scientist of Indian descent faces every day in the American college environment, but also to keep her private sexual preferences hidden from colleagues and family alike. The only thing that Nicole is looking forward to about the book tour her publisher is bent on sending her on is being able to hit the lesbian clubs and bars without fear of her alter ego, leather-wearing Cole, being outed. But when her publisher assigns the younger, gorgeous, and presumably straight Lily Smith to be her assistant on the tour, Nicole finds herself growing increasingly attracted to the woman who seems her opposite in every regard. Will she be able to survive the grueling book tour without allowing Lily to catch sight of Cole?

Unlike many of the m/m romances I've read, I really got a sense of a wider gay culture from reading Kallmaker's romance. Though Nicole remains closeted through much of the book, and Lily keeps her sexual preferences private from her boss, both women participate in the larger world of lesbian life, going to lesbian bars, attending a women's music festival, and picking up on sexual signals from other lesbians they encounter during their multi-country tour. Even while the one-to-one relationship between the two women develops, Kallmaker's book clearly acknowledges, and is embedded in, a larger, sexuality-specific culture. 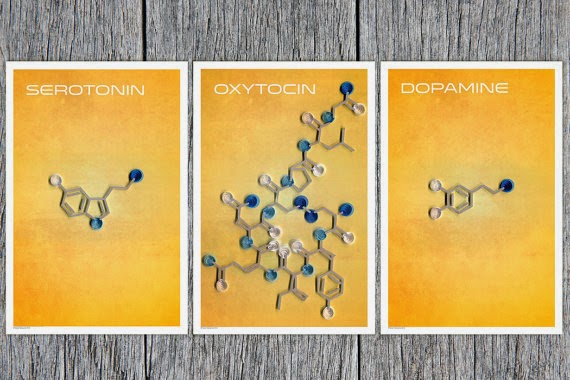 Unlike most mainstream heterosexual romances, Kallmaker's story offers more in the way of intellectual than emotional pleasures. This may be due in part to Nicole's scientific personality; for example, when Lily says, "You don't feel that a person's race has bearing on whether they can have successful relationships." Nicole replies, "My feelings are irrelevant.... The data plainly says that race is not a factor" (91). Nicole often stops to analyze her own physical reactions, or the reactions of others, to help her contain her own feelings, a personality tick that also distances readers from her: "The pleasure of looking at Lily had her dopamine, serotonin and oxytocin spiraling upward" (189). Nicole is so emotionally closed-off, it made me wonder if Kallmaker intended for us to see her as on the high-functioning end of the autism spectrum (as Lily notes about some of her own former professors, "brilliant and utterly without social graces....Their neurons fired a little bit differently than most people's and their empathy was sometimes on a time delay. There, but slow to surface" [19]). Her distancing didn't seem a cultural thing, as both her mother and her half-sister were far more emotionally expressive.

The emotional pleasure also seems understated in large part because throughout most of the novel, neither Nicole nor Lily is aware that the other is attracted to her, or even that the other shares her sexual orientation: "There was nothing about Lily Smith that pinged her gaydar, and Nicole felt that hers was exceptionally accurate. She had made a study of the cues and signs of other lesbians to avoid giving out any of her own" (26). We read of Lily's growing desire for Nicole, and Cole's for Lily, but we get little of the mutual sexual attraction that for one reason or another must be denied/repressed, the mutuality and the repression that provides much of the emotional zing in traditional heterosexual romance. And when the sexy times finally do commence between Lily and Nicole, they are brief and interrupted by family problems the very next morning.

The intellectual pleasures, though, are many. We hear pieces of the presentations that Nicole gives during her many book tour stops, presentations that lead readers to question certain givens most people have about the way romantic love works. For example, when trying to get Nicole to give more thought to how to engage her popular, rather than academic, audiences, Lily notes:

"You found that people in interracial relationships were no more or less likely to succeed—be happy— than people who weren't. So when I read that case study what I took from it is that if I am looking to find a mate, there is no reason to narrow the field because I think I might be happier with someone of the same skin color or racial background... If I'm a woman looking to find a life mate, my possible pool just increaesd multifold. And that gives me hope. It says that it's actually a good idea to look outside my usual paths of life. Go further afield. Open my eyes to parts of the world I'd ignored" (91).

And later, during one of her book talks, Nicole tells us,

"Contrary to romantic comedies, the sexual spark isn't a reliable predictor of long-term success. Every participant in our study had felt it with both positive and negative outcomes. More than half said that while sex was important, it was not the deciding factor in the decision to make a long-term commitment" (108). 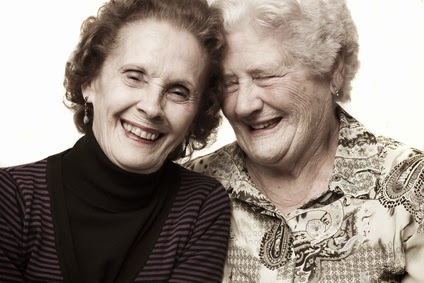 "So if sexual attraction isn't a good predictor of long-term relationship success, what are some of the things that are? One of the most commonly cited personality traits that participants said they shared with their long-term partner was a self-described 'good' sense of humor. That doesn't mean laughter, however. The predictor isn't that both people can laugh, but that they laugh—or cry, or get angry—at the same things. Their emotional responses to the same stimuli—a pie in the face, the loss of a parent, a national tragedy—are similar" (108)

Info-geek that I am, I wish that Kallmaker had included a note citing her real-life sources for Nicole's research findings; I wanted to track down and read the actual studies.

But if much of Love by the Numbers is more cerebral than emotional, its ending is filled with all the love declarations and love-proving gestures that fans of romance crave. I'm looking forward to reading some of Kallmaker's other work, and discovering if the balance between intellectual and emotional pleasures plays out in similar, or different, ways than it does in this Lambda-nominated title. 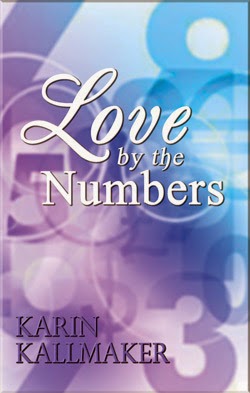 Karin Kallmaker
Love by the Numbers
Bella Books, 2013
Posted by Jackie C. Horne at 9:00 AM