After a long and often difficult summer, I'm so happy to have the time and emotional oomph now to get back to writing about and reviewing romance. And it only seems fitting to restart the blog with thoughts on the latest from one of RNFF's favorite authors, Cara McKenna. In her edgy, intense romances, McKenna often interrogates the things we take for granted, not just about the romance genre, but about romantic relationships in general, something that I find deeply satisfying on both an intellectual and an emotional level. McKenna continues this trend in her latest erotic novel, Downtown Devil, the second book in her "Sins in the City" ménage series.

Edging closer and closer to her thirtieth birthday has Clare feeling restless, especially after taking a hiatus from sex after breaking with her overly staid boyfriend of three years. Working in a customer service call center certainly doesn't help, especially since Clare would far rather put her degree in Fine Arts to more creative use. But a girl needs to pay the bills, so Clare pursues her photography after hours, no matter how antsy she's feeling. 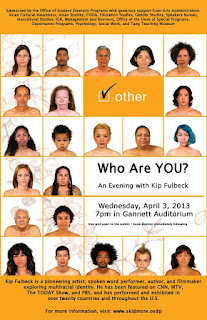 Clare's latest artistic project is a collection of portraits based on the question "So, What Are You?", a question Clare herself is often asked due to her biracial heritage (father Scotch-Irish, mom African-American). The project takes her typical people-watching to new levels, especially when she catches sight of the new hip barista manning the espresso machine at her favorite coffee shop:

He was at least half-Asian, Clare imagined, judging by his eyes and cheekbones, though his skin was fairly dark and his hair was a bundle of fat brown dreadlocks corralled into a spiky bun high at the back of his head. Black and Asian, she guessed, or maybe Pacific Islander? (7)

After sharing a bit of banter about the offensiveness (or lack thereof) of the question behind Clare's project, hot younger Mica agrees to pose. Clare tells herself not to get excited:

There was something about this guy. Maybe it was just an LA thing, but she sensed a certain lazy quality in him, a hypercasualness. Somebody this hot probably strolled from bed to bed and job to job, the next opportunity rising up before him just in time for his foot to touch down on it. She bet by Thursday he'd have totally forgotten about this chance meeting and have plans, and no clue what she was talking about or who she was when she called to meet up.
But no way in hell was she not going to try. (14)

Clare does more than try; later that week, she agrees to take her photos of Mica at a party to which he invites her. And, after a successful shoot, Clare's wishes come true as she winds up in Mica's bed. Clare can see from one glance at Mica's room that while "Clare was a nester. Mica was migratory" but since she is after "some fond X-rated memories, but nothing more" (38), Clare isn't worried. And the sex that ensues proves even better than Clare had dreamed: "This is how I want sex to be. A thrilling exchange of power, one lover ordering, yet the other in control" (45). "Life-altering sex" (126) with the sensual bad boy—that's what romance novels are all about, no? 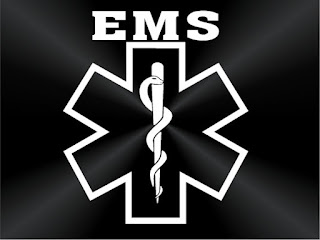 Why, then, is the male point of view that McKenna balances against Clare's not Mica's, but that of Mica's childhood friend and current roommate, Vaughn? Mica, who loves to entice but who tends to slam the door shut whenever anyone starts to expect anything of him, has disappeared by morning, leaving Clare to do the morning-after breakfast and greet with Vaughn. The night before, Clare had immediately pegged Vaughn as the opposite of Mica as soon as she was introduced: "You could sense steadiness and reliability on a person the same way you could sense sheistiness," and Vaughn, an EMT, is as steady as a rock (29).

Though Vaughn is attracted to Clare, he knows that he's not likely to turn her attentions from the far more compelling Mica:

Vaughn had always gravitated toward those bohemian types. Artists and musicians—creative girls, to bring a little spontaneity into his life, since he was Mr. Predictable, Mr. Routine. Though for as long as Mica was staying with him, Vaughn doubted he'd be having much luck in that department. He wasn't blind. He knew his best friend was basically catnip to women. Good-looking, fearless, flirtatious. Vaughn didn't think he was too shabby himself, but his dad had taught him to be a gentleman, and nice guys did finish last, at least when the competition was as charismatic as Mica. (65)

And Vaughn is nothing if not the quintessentially conventional nice guy.

Except, of course, for that one time when he and Mica got drunk on a camping trip, and Mica— No. Vaughn, brought up with the strict code of his father's gentlemanly African-American masculinity, squelches that memory down as quickly as he can. He's straight, after all. And he made Mica promise that nothing like that would happen again before he would agree to let Mica share his apartment for the summer.

Ménage romances often end with all three participants in a group HEA, all equally committed to the others and to their triangulated relationship. But what happens when one partners likes one point of the triangle better than the other? And when one partner doesn't want to get pulled into any type of committed relationship at all? Does it matter how hot the sex is, when you need someone to help you navigate the small indignities and disappointments of everyday life?

"You watch him climb, and it's like his body knows the rock, knows exactly where every hold is, like he's been there a hundred times, even though you know it's the opposite. Everything he does—the way he moves and the way he talks, it's totally thoughtless. It's like. . . It's kind of amazing... But it can also be incredibly irritating.... If you're trying to coordinate flights with Mica, or any other sort of plans, or getting a rent check out of him...  Yeah, I love the guy, but I want to wring his neck on a daily basis" (131).

What Vaughn wants from a friend, though, is far different than what he wants from a girlfriend: "When I get married, I want my wife to be my partner. The one who picks up the slack and covers for me when I mess up, or when things don't go the way I plan them to. I can deal with a flaky best friend, but a flaky partner? Nobody's perfect, but I plan to find myself a grown-ass woman" (132).

What, though, does Clare want? And how will she go about getting it?

The answer proves both surprising, and surprisingly satisfying, acknowledging as it does the need for both stability and spark in any successful committed romantic relationship—whether it features two, or three, partners. 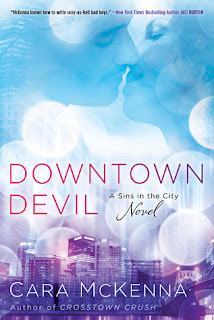