In need of a good chuckle, but tired of being expected to laugh at sexist jokes and male-centered humor? You might want to pick up Lisa Henry's latest male/male romance, Adulting 101. I was in real need of cheering up this past summer, and Henry's book made me laugh so hard my stomach ached for days after I finished it. Even better, it did so while drawing on a decidedly contemporary feminist set of underlying assumptions, far different than the typical two guys fighting over a girl love triangle found in much New Adult romance in the Twilight vein.

Adulting takes place during the summer between Nick Stahlnecker and Devon Staples' high school graduation and their taking off for two different colleges, where, for the first time since they were in elementary school, they will be living in different towns. Nick is gay, while Devon is straight, but the differences in their sexual orientations never get in the way of their best friendship. As the narrator, focalizing through Nick, explains:

Devon Staples and Nick Stahlnecker are now, and forever will be, best bros. Their bromance is epic. Devon even took Nick to prom, which was beyond incredible because he's not even a little bit bi—except for the thing that happened at baseball camp when they were fourteen that they don't talk about. He's just super cool, and gets a kick out of pissing off his stepdad, who is an evangelical Christian and can be kind of a dick. So prom was pretty funny. (117)

As the above quote, and almost every line in her story, demonstrates, Henry's strength as a writer is voice. Though the novel is written in the third person, the language Henry uses makes it clear that we are clearly in the mind of an 18-year-old guy. In particular, a guy who is not really sure he is ready, or even able, to make the jump to independence and this weird thing called "adulthood":

Nick had figured it [adulthood] was something that happened to everyone. That at some point you got tall and grew out of pimples and into the ability to understand what stock options are. So far, none of that has happened for Nick, and he's starting to worry it maybe never will (670).

Readers, then, can be excused for worrying, too. Especially when they read scenes like the one with which the novel opens: Nick's well-meaning dad has scored him an office job working for a construction company, where Nick spends most of his time playing with the stapler and ogling the hot construction workers. Especially a sexy guy named Jai, whose ass Nick commemorates in haiku in his notebook:

After less than a week on the job, Nick finds himself asking if Jai owns any leather pants. And then asking if Jai would like Nick to suck his dick. 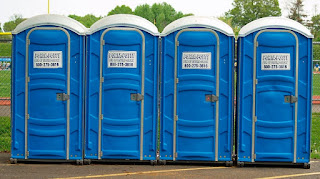 Where of course they get discovered by the boss. . .

As Devon says to Nick after he hears about the porta-potty incident, "You're not a bad person. . . You just have terrible impulse control" (390). Or as later Nick reflects, "His mouth still works. It's never needed his brain to function. Ask anyone" (1547). Both understatements of the year.

When I first started Nick's story, I thought for sure that he and Devon would end up discovering love together, perhaps because of passages such as this one:

Devon is also oddly protective of Nick sometimes. He claims it's because he's three months older than Nick, and therefore the big brother in this bromance. Nick claims it's because he's secretly jealous of any guy who tries to get with Nick, because of complex abandonment issues and uncertainty about his own sexuality. It's probably some weird mix of both, but they've never bothered to analyze it except in a teasing way. (120)

There was a time when Nick and Devon had to swear to his parents that they weren't sleeping together—well, they were sleeping, but that was all—because yeah, they are weirdly codependent and they are snuggle buddies. Nick's mom doesn't even blink these days when she finds Devon sleeping in Nick's bed. (723)

Only gradually did I realize that because Henry's writes in such deep point of view, we are getting Nick's take on his and Devon's relationship, rather than the neutrality the third person narration initially suggests. As, for example in this second, slightly different, take on the "the thing that happened at baseball camp when they were fourteen that they don't talk about":

Devon is the first person Nick came out to. Nick was sixteen. And Devon was totally not surprised. Which, after that thing at baseball camp, okay. Yeah, maybe Nick had totally initiated things and Devon had just gone along with it when Nick promised that straight bros jerked off together all the time. Really, he, isn't sure why it took him another two years to come out to Devon. And then, when he did, Devon had only nodded, hugged him, and asked him if he wanted backup when he told his parents. Devon is fucking incredible, and, if he weren't straight, Nick would be planning their wedding already. (378)

I also might have realized that Devon and Nick weren't destined for love because of the dual narrative of the novel From a formal narrative standpoint, if Devon had been Nick's intended love interest, I would expect that the book would give me his point of view, as well as Nick's. But it is not Devon, but twenty five-year-old Jai who serves as the story's second focalizer.

And it is Jai, who is as adrift in many ways as is Nick, who ends up becoming Nick's summer fuck buddy, not Devon.

For his part, Devon is nursing a crush of his own, on a girl who works with him at his summer job at the local pizza parlor. I absolutely loved how Henry depicts how a heterosexual male teen's awareness of women's issues plays out in his thinking about how to interact with a girl: 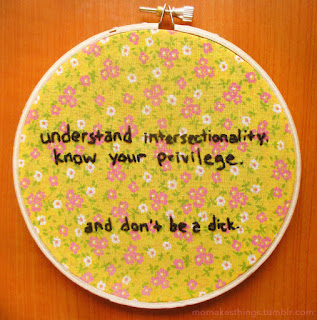 [Nick] attacks the rest of the pizza while he listens to Devon wax lyrical about how incredible Ebony is, and how she's funny and smart and also really pretty, except what if she still thinks he helped her make signs to protest the protesters at Planned Parenthood that time just because he was trying to get into her pants? Devon's a nice guy, but he's worried that she thinks he's one of those 'nice' guys who's only interested in being friends with her if it goes somewhere. And Devon wants it to go somewhere, even though of course Ebony doesn't owe him anything. It's complicated. Devon's too scared to make a move because he's been crippled by the weight of his male privilege. He only discovered it a few months ago, and it's shaken him up pretty badly. (400)

Or, as Devon explains it, "I don't want to turn into one of those assholes who gets all angry on Reddit about being friend-zoned and hates on every girl for being too good for him" (404). Hilarious and dead-on feminist, here and during a understatedly funny "shovel talk," the details of which I will let you discover yourself.

And I loved it that Henry makes space for a friendship between to men in which they could snuggle but have it not be sexual. And that a male friend can be protective of another male, rather than the usual female (see the aftermath of the aforementioned shovel talk).

And that traditional gender roles between gay male lovers are called into question, too:

Feminism in the details, as a taken-for-granted part of everyday life. And all in the midst of the funniest, sweetest romance I've read all year. 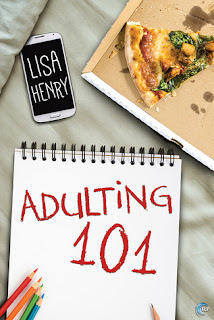