• (1745) the leading female singer in an opera company; a female opera singer of great skill and renown
• (1834) a person who has the highest standing or who takes a leading role in a particular community or field; ALSO
• a self-important or temperamental person

When I looked up the phrase prima donna in the Oxford English dictionary, I wasn't surprised by the first definition I found. The words are, after all, a pretty literal translation from the Italian: prima = first; donna = lady. And I've spent quite a few hours accompanying my spouse on many trips to the opera, listening to prima donnas from Teresa Stradas to Elina Garanca on both stage and screen.

What did surprise me was the way the gendered nature of the term disappeared as it shifted from the world of opera to take on a more figurative connotation, pointing to a person with excellence in any field. And especially as the figurative connotation narrows to encompass not a person's standing, but the negative judgments with which successful people, especially successful women in the arts, are often labeled. There's more than a hint of sexism in label prima donna, I think. It functions to contain and control female success by labeling it as problematic, as too much: too self-important, too emotional, too erratic, too neurotic, too difficult. Diva, princess drama queen, prima donna: these and similar labels seem aimed at undercutting female power, or the power of a man who behaves in a stereotypically female manner. It reassure the world that while a particular woman (or feminized man) may be great, her/his greatness is not untainted, as a cisgendered man's would be.

Given the general romance reader's preference for nice heroines, the prima donna figure is not all that common in the genre. Which was why I took such pleasure in reading not one, but two hetero romances that featured strong-willed, deeply emotional artists, both of them world-renowned ballet dancers. And rather than insist that the prima donna stereotype was wrong—that these women were not self-important, not temperamental—both books instead celebrate, rather than denigrate their female heroines, precisely for the characteristics for which the prima donna label tells us we should condemn them. Both Mina Allende of Lynn Turner's Pas de Deux (2018) and Katherine Locke's three District Ballet series books (Turning Pointe, Second Position, and Finding Center, all 2015) have talent, ambition, drive, and the emotions (and emotional baggage) that often goes hand in hand with an artistic temperament. And both authors make readers love them, precisely for these qualities.

For the past ten years, since the age of seventeen, French-Tunisian-American Mina Allende has been dancing with the Paris Opera Ballet company. But the recent death of her best friend and fellow ballet dancer Étienne has left her wanting something different, something more. Mina is tired of the all-white world of the ballet, especially being continually turned down for her dream role:  Odette in Swan Lake. "Désolé," she's always told, "You're just not the right fit" (Kindle Loc 3593). Not because she's not good enough to dance the part, but because even today, the ballet world cannot imagine a black woman dancing the part of Swan Queen.

So when brash American choreographer Zach Cohen invites her to co-star with him in his new Broadway musical Lady in Red, a decidedly modern take on the classic story La Dame aux Camélias, Mina jumps at the chance. So many ballet choreographers are "obsessed with this antiquated notion of uniformity," a uniformity which her skin color breaks. But on her first rehearsal of Zach's New York show, Mina is surrounded by "an array of skin tones and body types in the room, something she hardly ever saw in her world." The embrace of variety, rather than insistence on uniformity, gives her back a bit of the feeling of being alive she lost after losing Étienne (493).

Mina just might be able to make something new, something special, in New York—if only she and Zach Cohen can stop butting heads. For Zach, like Mina, needs to be in control. Even though he was adopted by a working-class, loving Latinx family as a teen, and has left much of his anger and fears of abandonment behind, he can't quite ever erase the impact of his years living as a "nomad" in the foster care system. And he deals with his emotions by exercising authority over not only himself, but also his show. The show of which Mina is the star.

There's a bit of a suspense plot toward novel's end here, but the main pleasure of Pas de Deux is the "let's put on a show" storyline: the ups and downs that Mina and Zach experience, first as dance partners, then as lovers as they gradually allow themselves to slip free of their self-imposed restraints and give into the attraction they've felt for one another almost since the moment they met. Channelling their emotions into sex, and gradually, into love, doesn't dilute their chemistry onstage. Nor does sharing the vulnerabilities of their pasts, or the complex steps each has danced between privilege and disadvantage, between opportunity and prejudice, as they've forged their way to fame in their respective careers. Emotions run high for both Mina and Zach, but it is those very emotions that allow them to create art that moves audiences to leap to their feet in joy. 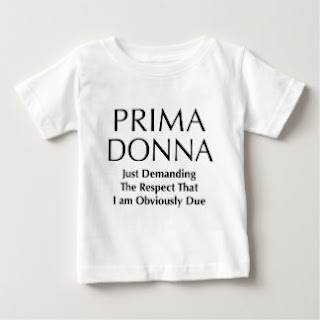 I picked Katherine Locke's Second Position, the first full-length novel in her District Ballet Company three-story series, back in January, after reading a tweet from the author saying that the book fit the bill for those looking for a demisexual romance with a non-alpha male protagonist. But the book isn't really focused on demisexuality; it's more about the long, arduous process of accepting loss and recovering from trauma. The second-chance love story between Alyona Miller and Zedekiah Harrow actually takes place over the course of two full-length novels—Second Position and Finding Center—with the story of their initial friendship and falling in love in the prequel novella, Turning Pointe. I didn't know this at the time, though, so I began with Second Position, which begins four years after the events of Turning Pointe. Since this is a second-chance romance, and references many of the events covered in Aly and Zed's earlier time together, I don't think it's vital that you begin with the novella.

Too much emotion has always been a problem for prima ballerina Aly. In particular, anxiety has been her nemesis. As her best friend Zed describes it, "Without tea and without ballet shoes on, [Aly] is restless and anxious and something just short of a disaster waiting to happen" (Kindle Loc 336). During her teen years, her friendship with Zed helped keep her balanced, helped keep her anxiety at bay. But after a devastating car accident costs Zed a leg and them both the baby their new-fledged sexual relationship has inadvertently created, Aly flees. And Zed does not have the wherewithal to chase after her.

Now, four years later, Aly might just be the poster girl for temperamental prima donna-hood. The youngest principle dancer in the Philadelphia Ballet, she's been forced to take a leave of absence after having a major melt-down during rehearsal, brought on by stress, anxiety, and the weight of unresolved trauma. And that one public incident is only the tip of the iceberg: Panic attacks. Fainting. Rages.

Aly hardly expects to run into Zed in a coffee shop in D.C., where she's been living with her mom and spending intense hours working with a therapist to help get a handle on both her anxiety and her disordered eating. While Aly's on a downward spiral, Zed is finally clawing his way up. The years since he last saw Aly were just as difficult as hers: debilitating depression, alcoholism, and suicidal thoughts. He's got a job now, teaching high school drama, attends AA meetings, and calls his AA sponsor when times are tough. But he, too, is still mourning.

In romance novels, love is supposed to conquer all. But neither Aly nor Zed had the ability to cope with the multiple traumas life dealt them during their teen years, something they try to come to terms with when they meet four years later:

"You squeezed my hand. I thought we'd be okay.".....
I whisper, "So why weren't we?"
"I—" she begins and swallows. Her eyes fill with tears. She looks like she can't breathe either. "I know. I couldn't—I just—I wanted everything to go away. I couldn't do it. I'm a coward. I'm so sorry."
I want to reach over the table and cradle her face in my hands. Those goddamn eyes. I need to look away.... I shift in the booth, my feet  moving and bumping against Aly's. I can only feel one of them, a reminder that some things lost that day were tangible.
She lost, too. I wanted to share that grief with her, for something that we never wanted but had been ready to handle. But the car rolled, and hit a fence,, crushing my leg and shaking her so badly she started to bleed.... I mourned my leg, my career, our kid, and her. She mourned a life—and me, maybe—alone. I can't undo that and I don't want to try. I need to say something.
"I'm sorry, Aly. I should have—everything just felt so—it got bad." (352)

Many a writer would take such a scenario and make melodramatic hay of it. But Locke crafts a story that relies on character development rather than sensational plot for its draw, delving deeply into the psyches of two damaged people who only gradually come to terms with all they've lost. Neither heals the other; each needs other people, people with far more experience in coming out the other side of trauma than either of them has. Locke spends time depicting these often painful emotional interactions—between Aly and her therapist, Aly and her mother, Zed and his friends, Zed and his AA compatriots—showing how their own work in coming to understand both their self-destructive patterns and the things that bring them joy help them bring far stronger selves to the task of rebuilding a relationship they had thought long lost. 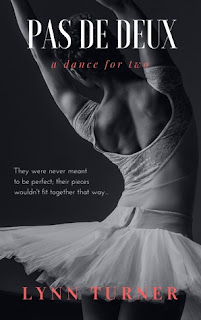 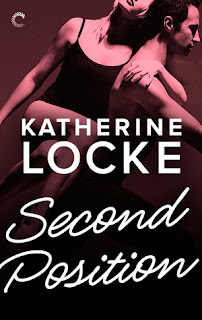