Working Romance: Talia Hibbert's UNTOUCHABLE and Lola Keeley's THE MUSIC AND THE MIRROR

RNFF is back from a summer hiatus, and is thinking about romance in the workplace. I just read a contemporary romance that I had major problems in the way it addressed (or waved its hands at, instead of addressing) issues of power and consent in a employer/employee setting. Or in this case, a college professor/undergraduate student relationship. No matter than the professor was actually a graduate student just on the verge of defending her dissertation, and the student was a professional athlete going back to school to earn the final credits for his bachelor's degree after leaving college to go pro years earlier. The two are instantly drawn to one another even before their first class together, and soon start socializing outside of class, and then burning up the sheets between classes. Neither one thinks of solutions to the forbidden romance: transferring to a different section; dropping the class altogether; informing a supervisor about the relationship, and asking for a different grad student or professor to grade the student's work. They just keep sleeping together, and dismiss the idea that there is anything problematic about the situation. Did the author think that because the woman was the person in power, and the man in the subordinate position, that the situation wasn't worth fretting about? If so, she might want to check out this recent New York Times article about a female professor who has been reprimanded for harassing a male student. 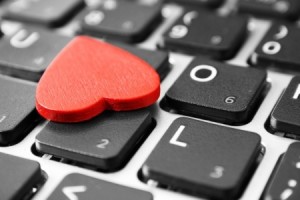 Even if the #metoo and #TimesUp movements have made workplace romances less common (a February 2018 CareerBuilders' survey cites the figure at 36%, down from 41% in 2017 and 40% in 2008), a sizable number of Americans still meet romantic partners at the office. Can romance novels depict such romances, but in a way that takes into account the concerns raised by #metoo and #TimesUp?

In Talia Hibbert's Untouchable, the workplace setting isn't an office, but a home. Thirty year old Hannah Kabbah always dreamed of a job working with children. But a conviction for maliciously damaging the car of her sister's secret (and abusive) boyfriend scuttled those plans long ago. But after running into former schoolmate Nate Davis and his two kids, all of whom are desperately in need of a nanny, Hannah gets a second chance to do what she loves. Only complication: her adolescent crush on Nate is turning into a mature, adult longing for the former angry bad boy turned into really kind guy. And Nate's pretty drawn to grumpy, direct Hannah, too ("The earth hadn't moved, when her skin had brushed his. The stars hadn't aligned, and his heart hadn't pounded its way right out of his chest. It only felt that way" [Kindle Loc 1162]). 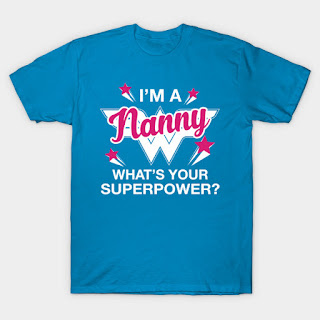 But Nate is Hannah's employer, something he is aware of almost every time he finds himself thinking sexy thoughts about the quirky, curvy woman who is taking care of his children:

...but for some reason she held back her irritation. No; not some reason. She held it back because they weren't at school, and she wasn't just some girl he watched with interest from afar. She was his employee, and she was cautious around him. He had power over her, and she remembered that, even if he didn't." (1745)

The situation is triply complicated, both by the fact that Hannah is of African descent, while Nate is of European, and that Hannah suffers from biological depression, while Nate has long since recovered from the situational depression he experienced after the death of his wife years earlier. But after months of keeping their polite distance, interspersed with vivid moments of heart-stopping attraction, Nate can't keep his feelings to himself any longer (especially because his standoffishness is apparently hurting Hannah's feelings):

"Because I'm not that kind of guy! I don't lust after women who work for me! I don't spend hours thinking about women I can't have and shouldn't want. I don't take advantage of people—I don't even think about it. But I can't stop thinking of you. And dreaming of you, and wishing I could touch you, and tryin to make you smile—and you want to tell me it'll blow over? Do you know how many times in the last few years I've wished I could want someone like this? I didn't think I could! And now it's you, and I shouldn't, and I—fuck!" (2563)


After Nate's confession, Nate and Hannah have to openly discuss what they will do about their mutual attraction. And how they will negotiate the power dynamics inherent in an employer who is sleeping with his employee. And how they will explain the situation to Hannah's family and friends, all of whom are quite protective of the woman who declares to all that she can well-protect herself, thank you very much. And ultimately, both realize that the only way forward is to make a choice: to be an employer and employee, OR to be a couple. There is no both/and possible here, not if their romantic relationship is to have a chance of being an equitable one.

Lola Keeley's debut novel, The Music and the Mirror, approaches the workplace romance from a different angle altogether. The workplace in question here is even more un-office-like than in Untouchable: a professional ballet company. Twenty-one-year-old dancer Anna Gale is in awe of everything and everyone at the Metropolitan Performing Arts Center—especially the company's legendary artistic director, Victoria Ford. Victoria's dancing inspired a far younger Anna to devote her own life to ballet, and Anna has long nursed a crush on the greatest ballerina in modern history. Having the chance to work professionally with her idol is almost more than Anna can believe.

Victoria (a white woman, like Anna), is the only woman in the world to work as the artistic director of a major ballet company, a job that requires her to be tougher than old leather. She's in almost constant pain due to her career-ending injury, something else Victoria will never allow anyone else to see. No, Victoria is all Ice Queen. Which Anna finds out when her cell phone rings, interrupting her very first rehearsal:

"The charity case. Of course. Just another millennial who thinks the centuries-long history of ballet owes them any career they bother to pick up for themselves. This is what happens when people fawn over your first tutu and tell you that you're special, Anya." (193) 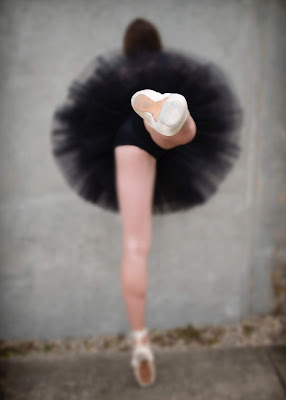 But despite her "corny-as-Kansas exterior," Anna contains a "glint of steel" (892). Victoria may think she can humiliate her, but Anna is used to dancing for her career, which "feels a whole lot like dancing for her life." Rather than stumble through a difficult routine that Victoria dictates she demonstrate before she is dismissed from the company, Anna blocks out the audience and makes the steps hers as soon as she starts to move.

Which impresses the hell out of Victoria, though Victoria would be the last one to admit it. What she does do, though, is even more shocking—she offers Anna a principal role in one of the season's upcoming ballets. It could be seen as the move of a boss seeking to influence an employee to impart sexual favors—if roles at the company were not so clearly given because of talent, rather than favoritism. Other dancers protest at Anna's sudden promotion, but none can gainsay Victoria's decision after watching Anna dance. Or after seeing how hard Victoria makes Anna practice, extra private lessons on top of her regular work with the rest of the corps. What looks to be nearly abuse to the average person is a reason for determination and pride in a professional ballet dancer: "Something in the way Victoria's never happy and never quite lets up makes Anna feel like she can dance right through the floorboards if she has to" (1119). And makes the crush Anna's still nursing on almost-forty Victoria even more potent—and even more hopeless.

It's been twelve years since Victoria's dancing career ended, but her ambition is as fierce as ever. She's always believed that ambition leaves no room for the feelings for others ("Perhaps Victoria shouldn't invest much time in this girl who'll stab Anna in the back for her shot, but it's not a failing, not where Victoria is concerned. She respects a fell shark at work. It's just Anna who mistakes them all for dolphins" [3825]). But somehow she finds herself drawn to Anna in spite of their differences. Anna manages to combine breathtaking talent with a sunny, and bone-kind, temperament, all wrapped up in direct, blunt way of speaking that is far different than the deferential way in which most of the rest of the company treats Victoria. And slowly, so very slowly, the girl who looks like the sun pulls the ice queen into her orbit of her trust and care. 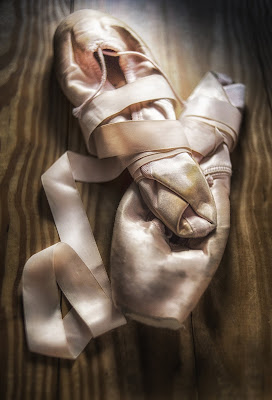 Anna worries that being Victoria's romantic partner means keeping their relationship a secret. But Victoria surprises her:

"You, the one who likes to assume things, are assuming you're m dirty little secret?"
Anna nods. What else could she possibly think?
.....
"Well," [Victoria] considers out loud. "Fuck that."
"Ex-excuse me?" Thank God Anna has finished her coffee, or it would be all over Victoria's immaculate brushed-linen bedding.
"Oh yes, it's quite the sapphic scandal." Victoria rolls her eyes. "Do you know how many men in my position have fucked their way to greatness? Claiming an exceptional dancer as their muse and riding her talent to fame or their own? Not," she clarifies, "that it's what I intend with you."
"You're already way more renowned," Anna points out.
"Well, of course I am. All I mean is that no one ever judged those men and their muses. Often the fights were more dramatic than the performances, but it never stopped them. Why the hell else are we in the arts, if not to shrug off that pedestrian bullshit?" (5077)

Rather than reject their relationship, or hide it, Victoria and Anna own it. They don't go around announcing it to everyone in the company. But they don't hide it either, especially after Anna experiences an injury during practice. And the company's members are soon speculating about their "official start date," for the betting pool they've all been running about when the two would finally take the plunge. No one, it seems, is as surprised by this romantic development as are Anna and Victoria. And no one worries that Anna is taking advantage of Victoria, or Victoria of Anna. They all work too hard, and too much under each others' eyes, for any sexual favoritism or misconduct to be tolerated. Neither is fucking her way to greatness; each is talented enough in her own self, ambitious enough for her own self, for their romantic relationship to be regarded as problematic, by themselves or by their peers.

Added bonuses: cool gender flipping of ballet roles; the celebration rather than denigration of female ambition; and a climax that takes an unusual, but deeply satisfying turn. Not to mention a compelling present-tense narration with tons of detail about the world of professional ballet. I'm no balletomane myself, but I'd say that The Music and the Mirror is one of the best romances I've read all year. 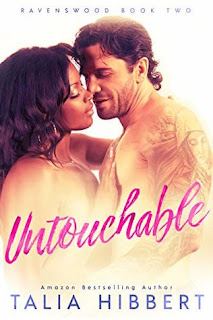 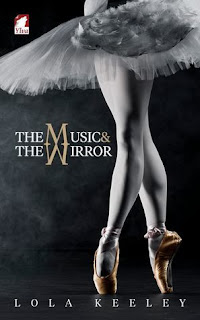