The other woman; also known as the mistress; a female that is neither a male's wife or girlfriend who has relations with the male while he is in another relationship (Urban Dictionary)

(African American Vernacular, slang) A mistress; a woman one dates in addition to one's girlfriend or wife, usually in secret (Wiktionary)

Dulce García knows exactly what it means to be a side chick. Wooed by a far older man when she was only fourteen, Dulce thought she'd won the role of princess in a Disney movie, a girl destined to live happily after with a man who promised to take care of her. Instead, her prince turned out to be a pimp, asking her to sleep with others as a favor, and then as an expectation, and finally, not asking at all. Dulce's eighteen before a group of activist former and current sex workers helps her flee from the violent man (see previous books in the Justice Hustlers series).

But the patterns Dulce learned during her years with her pimp are hard to escape. Her next long-term boyfriend hooks her with the line "Would you do me the honor of letting me pay your bills?" This boyfriend doesn't ask her to sleep with anyone else, but before long he stops taking her out and lavishing money on her, even interrupting their time together to read and answer texts from some other woman. Dulce knows she's about to be demoted from side chick to nonentity, and steals her boyfriend's drug dealing stash so she can flee to the Dominican Republic where she has family.

But small-town life in the DR is too slow for Dulce, and she's soon picking up wealthy men in hotels on different Caribbean islands, staying with her sugar-daddies for days or weeks at a time, entertaining them while their wives and girlfriends wait for them back in the States. Even while on date with Xavier, a Puerto Rican reporter now living in the U. S., a man who actually seems to like her for herself, Dulce instinctively answers the call from a past sugar daddy looking to hook up again. And lies to Xavier about the man who's picking her up in the middle of their dinner.

But then Hurricane Irma slows the flow of sugar daddies visiting the Caribbean to a trickle. And Dulce finds herself sleeping in a storage room in San Juan, waiting for the next hurricane to hit. 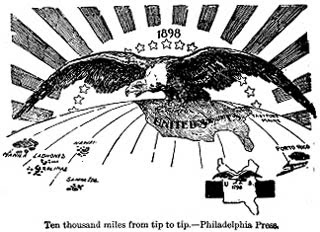 If you are looking for a narrative of personal redemption, a story in which an unworthy heroine is punished and made humble by the elements and by the suffering of herself and others, and is thus made worthy of love and respect, Side Chick Nation is not the book for you. All the anger in de León's narrative is for those take advantage of vulnerable people like Dulce: abusive husbands, boyfriends, and pimps; privileged reporters complaining about the tough conditions they have to live with in order to report on the conditions in Puerto Rico post-hurricane; relief workers and rescuers more eager to dish out verbal abuse than material aid; and above all, the United States, the colonizer that continues to bleed its territory dry. Though she writes with tension and suspense of Dulce's physical trials during and after María hits the island, de León is far more interested in the ways that the natural disaster, and the United States' lackluster response to it, demonstrates a longer term pattern, a pattern illuminated by her book's title. Puerto Rico, like Dulce herself, is no more than a side chick to the powerful, alluring, but ultimately exploitative country that "won" her more than a hundred years ago.

But is every man, and every American, on the market for a side chick? In the aftermath of the hurricane, Xavier is back in Puerto Rico, worried about Dulce and hard in pursuit of the real stories behind the devastating natural disaster. Savvy Dulce, knowing that Xavier might just be her ticket out of the devastated country, finds her way to the hotel where he and the other American reporters are being housed. But as Xavier invites her to work with him covering the story, Dulce's joy in writing, a joy she had almost forgotten after being lured into a life of prostitution, reemerges. But will her past as a sex worker stand in the way of her new dreams? And can she trust any man, even one as seemingly kind as Xavier, is not ultimately out to exploit her?

In her Author's Note, de León explains that she was developing a different storyline for this fourth book in her Justice Hustlers series when María hit Puerto Rico. Writing within the confines of the genre conventions of the series makes for an uneven narrative; heists in which the previous members of the Hustlers ladies, but not Dulce, participate, are important to "the larger story [de Léon is] hoping to tell about colonization, climate change, and the need for women of color to be leaders in transforming both," but don't feel integral to Dulce's personal or romantic arcs (Kindle Loc 4976). Nor do the side stories of New Yorker Marisol, the protagonist of The Boss, and her cousins back on the island. But as De León argues in the conclusion to her Author's Note, "heist fiction has proven a fitting genre for this story: as these characters have had to battle law and custom to find small pockets of justice and reparation, similarly, the extended family of Puerto Rico will have to keep battling laws, customs, history, and entrenched power structures to get the justice and the reparations that the island deserves" (4976). No woman—and no territory—deserves to be anyone's side chick. 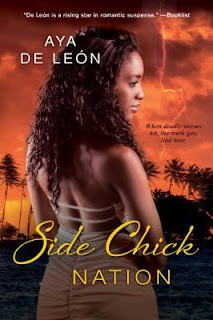