Julie James has made a name for herself writing contemporary romances featuring strong, successful, career-oriented professional heroines. Whether they are corporate lawyers, Assistant U. S. Attorneys, or owners of their own businesses, James' heroines get ahead through a heady combination of ambition and intelligence, and are drawn to men who share their competitive drive. Rarely do they have to worry about hiding their light under a bushel in order to find romance, as she crafts heroes who find smart, self-confident, successful women enticing, not emasculating.

Highly educated career women looking for reflections of themselves in romance will not be disappointed by James' latest offering. Love, Irresistibly details the budding romance between Brooke Parker, general counsel for Sterling Restaurants, and Assistant U.S. Attorney Cade Morgan, a former college football star who channeled his athletic drive into the law after suffering a career-ending injury. The two meet during a sting operation requiring the U.S. Attorney's office to bug a restaurant to capture a corrupt state senator; internet harassment of Sterling's CEO and a thieving general manager at one of the corporation's restaurants throw the warily attracted lawyers together often enough to convince them that a friendly hookup now and then might be worth making time for in their busy schedules. These lawyerly problems serve as realistic but not too intrusive background to the real story, the internal problems keeping Cade and Brooke from turning their casual relationship into something with a bit more of a commitment to it. 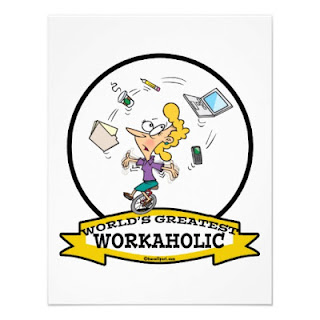 On Brooke's part, the sheer number of hours she works have made dating, never mind seeing a man on a regular basis, nearly impossible. Having lived in an upscale suburb of Chicago, but without the money to participate in the things most of her fellow schoolmates took for granted, Brooke has always worked especially hard—in college, at law school, and in all of the jobs she's taken on since. But at the start of the book, the third boyfriend she's had since starting work at Sterling has dumped her, and for the same reason the other two had: she works incessantly, and he's starting to think about "getting married, having kids, the big picture [and] I don't see a woman like you in that big picture" (10).

Cade is a hard worker, too, but his past relationship problems stem more from his inability to open up emotionally to anyone than to casework overload. He attempts to hide his failings by chalking them up to traditional masculinity when his latest girlfriend dumps him: 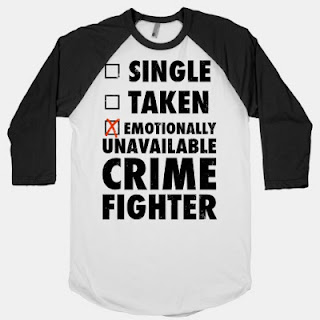 "Fine. You want me to elaborate, I will. Here's the deal. I'm a guy. Genrerally speaking, we're pretty simple folk. I know women always want to think we have these deep, romantic, and emotionally angsty thoughts going on in our heads, but in reality? Not so much. You women have layers and you're complicated and mysterious and you say one thing, but you really mean another, and it's this whole tricky package that intrigues us and scares us and challenges us all at the same time. But men aren't like that. You talk about me not letting you in, but maybe what you don't realize is this: there is no in... What you see is what you get." (33).

But even Cade can't buy his own bullshit, not after he catches glimpses of Brooke's "in," the vulnerability lurking under her "dry-humored, nothing-gets-to-me exterior" (128). Part of him wants more, but part of him thinks the post-sex afterglow is too damned dangerous: "Because to get in with a woman like Brooke, he would need to let her in, too. And that was something he... just didn't do, wasn't sure he knew how to do, even if he wanted to" (129). After being abandoned not just once, but twice, as a child by his father, Cade's not just the opening up type.

Well-written romances that not only address the problems of work/life balance and the need for both women and men to acknowledge and share their emotions, but also include smoking hot sex scenes, are rare enough to warrant a mention on RNFF. And the resolution of Cade's problems works wonderfully within the context of feminist values: not an easy, fairy-tale family reunion, but a slow recognition of his own self-defeating emotional patterns, and an acceptance of the same in the people who have let him down.

Yet the resolution of Brooke's inner conflict leaves me with an uncomfortable, distinctly unfeminist feeling. Or at least a feeling I'm encountering a feminism distinctly at odds with my own. [SPOILERS AHEAD—stop reading here if you'd prefer to find out the ending yourself...]

And it's not because Brooke gives up the opportunity to take on an even more high-powered corporate job, an opportunity with a much larger rival company that would require her not only to work even longer hours, but move halfway across the country. Despite the hefty increase in paycheck, stock options, and bonuses the rival company offers, it's clear that turning down a job that will make Brooke's work-life balance even more out of whack than it already is ("There was busy, and then there was crap-when's-the-last-time-I-called-my-parents busy" Brooke realizes [235]) is the right decision, whether Brooke's relationship with Cade prospers or fizzles. Giving in to the ever-increasing demands of anti-family corporate culture is not a feminist move, no matter how lucrative the rewards.

Yet the ease with which Brooke is able to come up with a solution to her problem—negotiating with her current boss to create better work-life balance for herself, by proving that such a move will actually be in the company's financial interests—gives me pause. On the surface, it clearly looks like a feminist win. Brooke doesn't rely on anyone else, especially a man, to rescue her, to come up with a solution to her dilemma. She keeps her job with a company whose values she believes in. And she acts for her own benefit, not so she can keep her job in Chicago and thus be with boyfriend Cade. What's not to like about that? 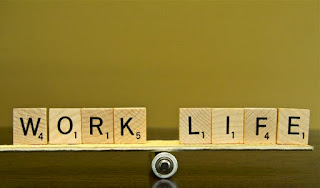 Ironically, by making Brooke the author of the solution to her own problem, James' romance suggests that only women who first give in to the anti-family demands of the corporate world, as Brooke has for much of her career, will have the leverage to demand work-life balance later in their careers. And by making her solution a solution that speaks only to one individual's problem, rather than to the work-life balance that the majority of working women face, the novel perpetuates the common myth that our work-life decisions are shaped solely by our own individual choices, rather than by a combination of choice, corporate culture, and government policy. As Laura Liswood, the co-founder of The Council of Women World Leaders, recently argued on the Huffington Post blog, "Having it all isn't just determined by a person's or family's choices. Those choices are informed and even forced by policy, customs, structures that are way beyond the control of the individual. The outside forces shape a woman's choices (and more and more men's choices) whether she realizes it or not." The more we continue to view such decisions solely in terms of individual feminist choices, the more difficult it will be to muster the political will to advocate for corporate and government change.

I'd like to think that the limitations of the novel form itself—its focus on individual triumphs and achievements over group activism and change—are what determined James' choice of ending for her otherwise feminist novel, not any conservative political bent hiding beneath a feminist veneer. But Brooke's offhand comment about the high cost of responding to "ridiculously onerous IDHR charges" during her negotiations with her boss gives me pause. I'm not a legal eagle, but I'm guessing that IDHR refers to the Illinois Department of Human Rights, the government office that administers the Illinois Human Rights Act, which prohibits discrimination in that state. Now that she's negotiated not only work-life balance for herself, but an equity stake in the Sterling Restaurants, will Brooke be promoting more family-friendly policies throughout the corporation? Or will she consider such policies as "ridiculously onerous" as responding to charges of discrimination seem to be?

Wouldn't it be interesting if James were to write a romance about a sex-discrimination lawsuit in which the opposing counsel fall for one another? And if the lawyer prosecuting the case were a man, and the woman defending the company against the charges were a woman? 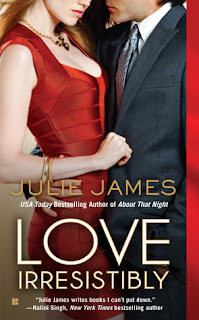