On Goodreads, amazon.com, and many other web sites where readers post book reviews, reviewers often justify giving a romance a low rating with the explanation, "I didn't like the heroine." Heroines who are too selfish, too tough, too distant, too unromantic, too (fill in the blank with your least favorite personal characteristic) make romance readers unhappy, often so much so that they reject the books in which they feature out of hand. When it comes to romance, most readers expect their female protagonists to be nice.

What, then, to do with a heroine whose life experiences have made her anything but? Wedding planner Sarah Murphy is very good at pretending—pretending that the color of the bridesmaids' dresses matter. Pretending that the order she creates out of the chaos of each wedding can extend to her own life. Pretending that the guarded face she shows the world—the nice girl face—is all there is to see.

But the real Sarah, the one behind the façade, knows the truth. Knows that the gleam in her eyes that brings men running, the one that "promised easy sex and plenty of it, the gleam that said she didn't give a fuck about anything," isn't natural, but forced. Knows that the ease with which her overripe body draw a man's eye is simultaneously a thrill and a source of self-disgust. Knows that no matter how much she's been turned on by any of the hundreds of guys she's slept with, at some point they all "trip the fuse that was always waiting to be tripped, and she would go cold inside, and wait for it to be over." Knows that she uses sex to gain a sense of control over her life, a control wrested away from her  childhood self by a man who was supposed to love her, supposed to keep her safe. 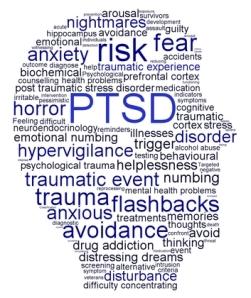 When a casual hook-up catches a glimpse of the real Sarah, the frightened Sarah, her nice-girl Sarah façade quickly gives way to angry, tough-girl Sarah, a woman who knows how to dish out cruelty with the best of them. Rudeness, insults, foul language followed by mind-blowing sex, then more rejection should put Joe in his place, show him who's in charge, keep him at a safe distance. But Joe, a photographer, doesn't just take pictures at weddings; documenting military men and women suffering from PTSD has become his passion, his attempt to understand and come to terms with his own distant soldier father. To Joe, who has served as witness to the damaging effects of trauma, Sarah's behavior isn't that of a cruel person, a crazy person, but simply that of one struggling to come to terms with the horrors she's endured, as best as she is able.

Because of its brevity, because it is told completely from Sarah's point of view, and because several other people, not only Joe, play a role in Sarah's gradual coming to terms with her victimization, Maher's novel works better as women's fiction than as a straight romance. As a romance reader, I wished Maher had given me more time with Joe, and with Joe and Sarah together, rather than just showing them during the intense turning-point moments that mark Sarah's emotional growth. But despite its shortcomings as romance, Fault Lines has taught me the valuable lesson of not writing off a heroine because she's too something to be immediately likable. And, in real life, to look for the bravery in those people who may not be living up to my ideals, but who are trying as hard as they can to struggle through the aftermaths of their own individual traumas.

What romances have you read that made you feel for an initially unsympathetic heroine? 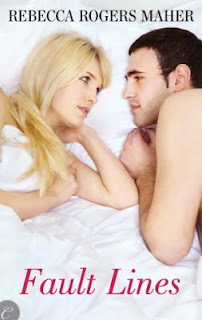 Next time on RNFF:
Back to the usual Tuesday book review,
Friday general topic rotation
Posted by Jackie C. Horne at 9:00 AM