Feminism and Revenge: Lori Austin's BEAUTY AND THE BOUNTY HUNTER

I'm not typically a big fan of Westerns, of either the literary or the filmic variety. So many include unthinking stereotypes of Native Americans—some of the obviously negative, Indians-as-bad-guys variety, far more of the seemingly positive but just as misleading "noble savage" kind—that my cringe-o-meter is constantly beeping. And others focus on adventure rather than character, not a problem for many readers, but a turn-off for this particular one.

So when I picked up a copy the first installment of Lori Austin's "Once Upon a Time in the West" series, Beauty and the Bounty Hunter, I was primed for disappointment. But I don't think it was only low expectations that led me to be so charmed by this tale of a ruthless bounty hunter and a beautiful con artist on the lam in the post-Civil War west. Is it because Austin invites readers in on the deceptions, rather than trying to pull the wool over our eyes? 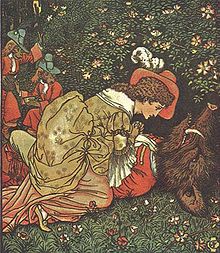 The title itself (chosen by the Marketing department?) is more than a bit of a con—a cute reference to a familiar fairy tale (and Disney movie) designed to make readers laugh their way into purchasing. Readers expecting a straightforward retelling of the classic story of a beastly man transformed by the love of a beautiful woman are bound to feel a bit cheated, for Austin changes or simply ignores many of "Beauty and the Beast's" key elements. She inverts the story's traditional gender roles: our "ruthless bounty hunter" is a woman, Cat O'Banyon, while our "beauty" is the trickster confidence man Alexi Romanov. And unlike the Villeneuve or Beaumont stories, or the Disney film, which rely upon the decidedly unequal power dynamic of having a female beauty living as the guest/prisoner of a male beast in his castle, Austin sends Cat and Alexi off on a road trip of equals, two competent, bickering protagonists bent on catching (or avoiding) a killer. Little else in the novel, plot-wise at least, mirrors the story the book's title is meant to evoke.

Austin's novel is far more interested in the degree to which stories—the stories we tell each other, and especially the stories we tell ourselves—can not only shape identity, but can help mitigate the pain of trauma. Both Cat and Alexi have prior histories, both with others and with each other, when the action of the novel begins. Cathleen Chase was once a southern belle, a newly married woman who moved west to start a new life with her beloved husband after the ravages of the Civil War. But after that husband chose to die himself rather than allow his wife to be murdered, Cathleen reinvents herself as Cat O'Banyon, determined to wreak vengeance on the man who not only killed her lover, but made a mockery of his very sacrifice by raping her. 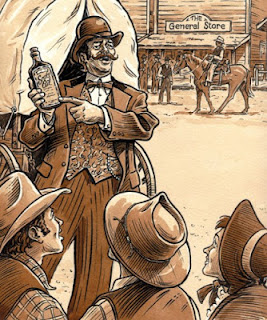 Before she can do so, however, she must learn an entirely new set of skills. Skills only a man who dons disguises and spins tales so compelling that strangers give him all their coin, and smile while doing so, can teach. Alexi Romanov can hardly be the trickster's real name, but then again, Cathleen need not tell him hers, either, when she challenges him to teach her all he knows. The name of the game they will play is pretend, a game that not only can reap financial rewards, but more importantly, can "get you through the night, through the pain" (257). When you've been hurt far beyond what you can tolerate, pretending you're someone else may be the only way you can survive.

What conman Alexi asks for in return for his lessons—that Cat pay not with the coin she doesn't have, but with her body—is something most readers would find difficult to countenance if this were the the first glimpse they were given of Alexi as a character. But we're introduced to Cat and Alexi long after that first meeting, after Cat has left the confidence man far behind to pursue her quest for vengeance. Readers find out about the beginnings of their relationship only after they've been told other stories, stories that give proof both to Cat's myriad strengths and to Alexi's strong feelings for her (the story is told in alternating viewpoints). A story's power to persuade lies not just in its details, but in the order in which those details are revealed.

Or which details are withheld, up until the very last moment. We do not find out until very late in the novel what Alexi's own real story is, how trauma has shaped not only Cathleen but also a young immigrant once known as Fedya. And it is only at the book's very end that Alexi's real motive for that seemingly heartless bargain with Cat is revealed—an arrogant, touching, yet ultimately false belief in the message of the original fairy tale after which this book is named. Beauty, even when Beauty is a trickster, does not have the power to transform, to redeem, a Beast. "I thought I could fix you," Alexi tells Cat at novel's climax, an ironic statement given his own inability to move beyond the traumas of his own past (296). Alexi's make-believes, and his inviting of a "ruined" woman to his bed, may have helped Cat to survive, but ultimately it is only Cat who can "fix" Cat. By choosing to affirm life rather than simply deal death, Cat comes to the shocking realization that there might be life beyond revenge, and that she might just have more than one life story to tell.

And that even the same story, especially a story we tell about our own past, can be open to interpretation. Cat may see ruin when she looks in the mirror, but Alexi sees courage and determination. And while Alexi sees a betrayer, a killer, in the far-too-familiar story of his own past, Cat shows him a man making the best of a horrific situation, a situation with no possible right choice. Stories may keep us alive, but too often we're limited by our own narrow ways of interpreting them. Fear may blind us to the most important, most human, parts of our own stories, but the people who love us can help us to see our stories, and ourselves, in an entirely new light.

Of course, this is just my interpretation. One reviewer on Goodreads suggested Austin's book embodies "rape culture," an interpretation with which I disagree, even though I can see how one might make a case for it. I'm curious to see if there are any other readers out there who, like me, view Austin's romance as invested in feminism and equality between the sexes, rather than in rape culture? 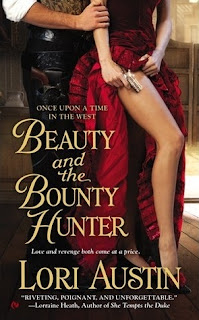