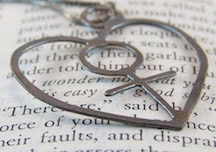 Asking whether the emergence of a new literary genre occurs because of the sudden recognition of an audience with unmet literary needs, or because a publisher's marketing department itself creates such an audience by giving a new name to an already existing product, may ultimately be just as frustrating as asking which came first, the chicken or the egg?

According to Wikipedia, the term "New Adult" first appeared in print in a 2009 announcement from St. Martin's Press, marketing a contest aimed at discovering authors who could write "cutting-edge fiction with protagonists who are slightly older than YA and can appeal to an adult audience." Realizing that "twenty-somethings are devouring YA," St. Martin's hoped to find books that could be "published and marketed as adult—a sort of 'older YA' or 'new adult.'" Other publishers quickly followed suit, signing multi-figure book deals with authors who not only wrote about the trials and tribulations of the 18-25 year-old set, but who lived them, most being in their twenties themselves. "New Adult" Fiction Is Now An Official Literary Genre Because Marketers Want Us to Buy Things, proclaims the Jezebel blog, not without some cause. 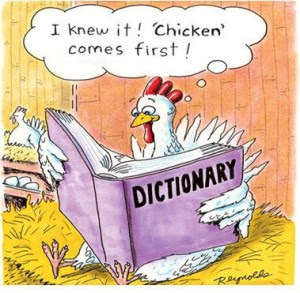 But New Adult author Cora Cormack argues that the term is just emerging now not because publishers are falling over themselves to hop on the St. Martin's bandwagon, but because changing social conditions have created a new social group, a group with needs different from both adults and teens. In an entry from her blog in 2012, The One About What New Adult Means to Me, she writes:

...the world is a very different place than it was when YA first became an accepted genre. It used to be that many people got jobs straight out of high school, and only some people went on to college. And usually those who did go to college were more financially and emotionally dependent. Now, it has become the norm to go to college, and for young adults to remain in contact or even dependent upon their parents for years after graduating high school. College is the new high school, and as such that 'growing up' phase has been stretched to include a few extra awkward years.

Whether or not the New Adult market or the New Adult marketers came first, New Adult as a genre is distinctly gendered. All of the "popular authors" listed in Wikipedia's "New Adult" entry are female, as are the majority of those on the catalog of recommended NA Reads on the NA Alley web site. The majority of the books on the NA Alley list also have female narrators, or employ dual narrators, one of whom is a young woman. 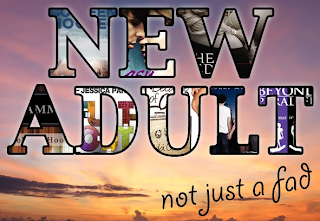 The demographic changes Cora Carmack describes as characterizing "new adulthood" are not restricted to young women. Why, then, should New Adult books be skewed so highly toward females? Do girls have a more difficult time "figuring out what it means to be an adult" than do boys? Or are they just more willing to read (and write) about their difficulties? Is the genre just another example of social attempts to infantilize women? Or a genre focused on helping them avoid such infantilization?

The overall question I'm asking, I think, is this: is there feminist potential in the New Adult genre? If so, which books, and which authors, are taking advantage of its feminist possibilities?

Next time on RNFF:
Something of a New Adult flavor...

Email ThisBlogThis!Share to TwitterShare to FacebookShare to Pinterest
Labels: New Adult, YA