Wanting what you're not supposed to want: Cecilia Grant's A LADY ENTANGLED

It is a truth universally acknowledged, that a single man in possession of a good fortune must be in want of a wife.


Between high school, college, graduate school, and miscellaneous other intellectual venues, I've listened to more than my fair share of lectures on Jane Austen's Pride and Prejudice. The one I remember the most, in an undergraduate Victorian novel class for which I was serving as a Teaching Assistant, began with the professor reading aloud the above opening line of Austen's novel. Rather than pose the expected question—what does this line say—he asked the fifty undergraduates to consider what it didn't say. What is Austen deliberately leaving out, even as she calls our attention to it by its absence? The answer—that a single gentlewoman, at least in Jane Austen's day, must be in want of a husband in possession of a good fortune. Or at least a fortune sizable enough to support her in the manner to which she has been brought up.

Austen's female characters openly gossip about potential suitors' yearly income ("Ten thousand a year! Oh, Lord! What will become of me. I shall go distracted") in a way rarely found in novels published during the Victorian period. Yet, like those later novels, Austen's romance simultaneously suggests that thinking too much about "worldly advantage," as does Charlotte Lucas, is to "disgrace" oneself to a humiliating degree. Women must care about how much their potential suitors earn, Austen indirectly suggests, but, just as she does in her opening line, they must do so only without openly acknowledging that this is what they are doing. Actively work to secure your financial future through marriage, and, like Charlotte, you're punished, wedded to a Mr. Collins. But scorn a man in spite of his fortune, and you're rewarded with the fortune anyway. This paradox—only when a woman rejects material gain does she prove herself worthy of it—serves as the central organizing structure not only of many a 19th century novel, but also in much 20th (and 21st) century historical romance, in the trope of the romance heroine choosing to throw over a wealthy fiancé in favor of the poorer man she has truly come to love. Rewarding women for denying desire—not the most feminist of messages.

So my heart sank just a bit when I turned to the latest offering from Cecilia Grant and discovered that its female protagonist, Kate Westbrook, intends to hunt down and snare a man of fortune, one who can open "the door to that glittering world of champagne and consequence—the world that ought to have been her birthright." Though her father is the son of an earl, he married not only a commoner, but an actress, an alliance which his family refused to acknowledge. Kate may have other, more altruistic reasons for wishing to slip through that aristocratic door—to "haul her family back into respectability," to save her sensitive youngest sister from constant teasing at school, to reunite her father with a brother for whom he obviously cares deeply—but Kate also wants, wants the beauty and the luxuries, the "courtesy, consideration, and etiquette" lacking in her current life as the daughter of a gainfully-employed barrister. 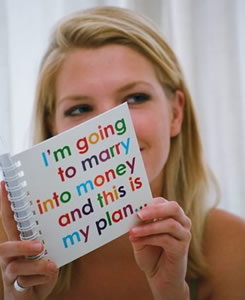 Of course, there's a young barrister just waiting in the wings, who once thought of winning her hand but who big-heartedly takes an interest in her assault on the ton, and offers his help in her mercenary endeavor (the brother of Martha and Will, the Blackshear siblings featured in Grant's previous two books). And, by the way, Kate's amazingly beautiful, and she knows it, too: "stupefaction was her stock-in-trade, and she would not stoop to the tedious false modesty of pretending not to know it." For readers conditioned by romance tropes with two hundred years of history behind them, Kate is a heroine made to hate on-sight. It seemed, disappointingly, I was in for a story of a "bad" girl's reformation, a schooling of a young woman in how not to want.

But Grant's first two novels (A Lady Awakened and A Gentleman Undone) openly rejected many of the traditional romance novel tropes, so I kept reading, counting on her to do something with this very traditional storyline other than make Kate give up her material dreams in order to achieve her romantic ones. And while the romantic outcome of the novel is never in doubt (the novel is told in alternating hero/heroine points of view), the reasons why Kate chooses her impassioned barrister rather than the newly-ennobled Baron are far from the expected. Kate discovers what to most women during the period must have been obvious, but that many romance writers seem to have forgotten—that not only marriage, but female friendship, can help advance a woman's standing in society. That helping another realize her own romantic prospects is almost as gratifying as realizing one's own. That marrying into a life of consequence and ease might just be "dreary beyond imagining. What did you do all day, once you'd married Mr. Darcy?" That the challenges and industry required to strive for a goal such as marrying well might be at least as much of a pleasure as achieving the goal itself. Though it might take a bit longer than she had first imagined, Kate doesn't have to give up her material desires altogether; she just has to have the patience, and the drive, to achieve them by working with a husband, rather than accepting a hand-out from a husband.

In a blog post back in March, Cecilia Grant questioned whether there is such a thing as feminist romance. Romance certainly does privilege relationship over all other aspects of a person's life, which may disqualify the genre as a whole from being inherently feminist. But I would argue that there are many books within the genre that certainly align with feminist sensibilities. Especially those written by Cecilia Grant. 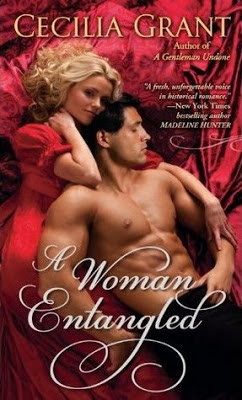 Next time on RNFF:
Sexism in the SF community