Since starting this blog, I've added an awful lot of authors to my "auto-read next release" list. And if an author has written a romance with feminist sympathies in the past, it's more than likely that her/his latest book will contain feminist-friendly characters and storylines, too. Because of this, it would probably be pretty damn easy to fill every year's quota of review blog posts with essays on books by authors previously discussed here on RNFF. Caught between the desire to continue to recognize writers whose romances embrace feminist principles and the desire to discover and write about authors with whom I'm not yet familiar, I've decided to create an occasional Short Takes review day, on which I'll send out a collection of brief reviews of new works by authors whose earlier work I've written about in longer posts on RNFF in the past.


Sarah Mayberry, Her Kind of Trouble 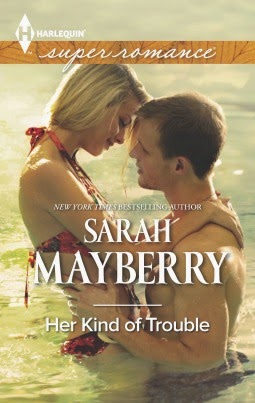 "It was one thing to admit to yourself you were a screwup, but it was another thing entirely to have it pointed out by your nearest and dearest. Repeatedly. Ad nauseam."

Twenty-three year old Vivian Walker can't believe her older sister is actually getting married. Viv, with her free spirit and big professional dreams, loves sex but has no desire to tie the knot with anyone. Not surprising, then, to find herself in the midst of a mutually hedonistic and very very hot tryst with the brother of the groom during sis's wedding reception, a man with a reputation almost as unconventional as her own.

Fast-forward ten years, and Viv's ever-sensible, grounded, and grown-up sister and her husband are making their wills, and asking Viv to be a guardian of their children in case of their deaths. Viv's honored, not only by the request, but by the fact that her sister recognizes that she's worked hard to move beyond her (somewhat earned) reputation as the flighty, crazy one in the family. But when the man proposed to act as Viv's co-guardian—Seth, the hot brother-in-law with whom she trysted years ago—questions her suitability as a stand-in mother, Viv is incensed. This, from a thirty-four-year-old man whose twenty-four-year-old former "friend with benefits" is pregnant? Double standard much?

But when Seth is suddenly faced with single parenthood, both he and Viv find themselves rethinking their past judgments of one another, and wondering if their shared penchant for the unconventional just might lead to something very conventional: a romantic relationship. An interesting interrogation of what it means to be a grown-up and be a nonconformist, and how gendered expectations and assumptions can shape an identity. 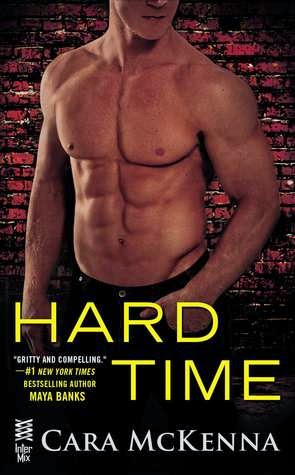 Annie Goodhouse has trouble trusting her own instincts when it comes to men. Having enough strength to break off a relationship with a boyfriend whose abuse turned from verbal to physical is all well and good, but wouldn't it be better if she could kick this penchant for bad boys once and for all? But when Annie begins her her new assignment as one-day-a-week outreach librarian in the local prison, she finds herself inextricably drawn to one particular inmate, an inmate who looks to be the epitome of bad-boyhoodness. Any woman with an ounce of sense should know that a convict, especially a convict who admits he beat a man nearly to death, is not good potential boyfriend material. But having thought she'd lost her ability to crave a man at all after the terrors of her last relationship, Annie can't help but feel grateful for the unexpected lust that arises ever time she sees Eric Collier.

Helping Eric work to overcome his dysgraphia gives Annie a reason besides her own attraction to spend time with him. And Eric soon makes it clear that the attraction is far more than mutual. The letters they secretly exchange under the guise of homework grow more and more heated, allowing them to be both scorchingly honest and wildly imaginative, indulging in fantasies both romantic and carnal. 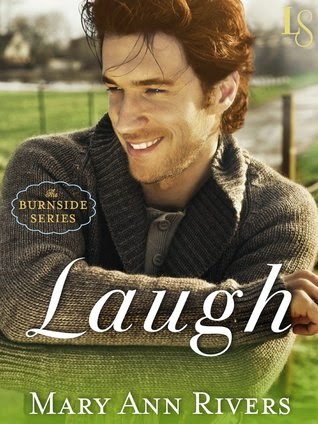 I'm wondering if Rivers had the review that appeared on the Love in the Margins blog of her earlier novella, The Story Guy, and the resulting online discussions of the same in mind while she was writing Laugh, the second book in her Burnside family series. Though many reviewers and readers praised The Story Guy (including RNFF), LitM reviewer Ridley criticized what she felt was the way Rivers' novel used a disabled character primarily as a means of making the non-disabled protagonist hero look good to the heroine and, by extension, to the reader. In Laugh, however, it's the hero himself who is disabled.

Sam Burnside, the protagonist of Laugh, may be drop-dead gorgeous and a successful doctor, but he's been wrestling with a neurobiological disorder—ADHD—for most of his life. Even on medication, Sam's impulsive behavior, especially towards his family, often slips over the border from caring and protective to "too much... He was really good at a particular kind of too much that was, in fact, not enough at all." His favorite sister is no longer talking to him, sick of hearing him berate her for risk-taking behavior that endangered her life; he and his younger brother P.J. "were always falling out. They had never really fallen in"; and Sam can't seem to stop his worry for his younger sister, who's taken off to explore the world with her new boyfriend, from coming out of his mouth sounding like belittlement of her life choices rather than concern motivated by love.

Rivers' gift is to show readers both the intention and impact of Sam's actions, both the love and caring that drives much of his impulsive, self-righteous words and behavior, as well as the frustration and even pain that those actions often have on the people he loves, and who love him in turn. Neither intention nor impact alone is the whole story; only when we see both can we come away with the whole rounded person that is Sam—intelligent, loyal, annoying, protective, overbearing, sexy, driven, grieving. Sam is not just his disability, but ADHD is something he constantly contends with, something that is an inextricable part of his life. And it's the entire Sam with whom grieving farmer Nina Paz falls in love.


Teresa Noelle Roberts, Out of Control 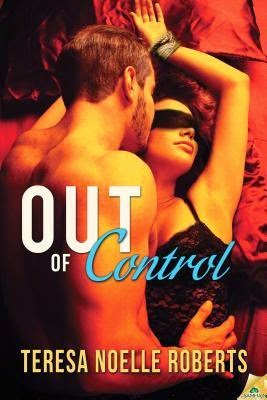 Glass artist Jen Kessler "lives in the moment, on the surface of her skin and by the seat of her pants." Not one to "wait for everything to fall in place so you could quit your horrible nine-to-five job and commit to art," Jen works two other part-time jobs to pay for life's necessities so she can pursue her true passion. Often going without sleep, sometimes without food, for days on end when she becomes involved in a project, Jen's life looks like a flaky mess to nine-to-fivers, but Jen works harder than almost anyone she knows.

Cornell math professor Drake Matthews, a man guided by reason and logic, seems to be Jen's complete opposite. Logic and reason guide his professional life, and he never lets his instincts override his intellect. With his kinky sexual desires, desires for dominance and the giving of pleasurable pain, Drake believes the only thing standing between him and his abusive father, whose been arrested several times for sex-related offenses, is his unwavering self-control.

But when unconventional Jen shows up in response to his apartment advertisement, not only eager to take up residence in the funky Victorian Drake inherited from his aunts but also intrigued by the signs of his BDSM proclivities scattered about the house, Drake's self-control begins to fray. As the two begin a passionate affair, and Jen discovers the extent of her own kinky desires, the new lovers must negotiate just who is in control, and who is allowed to lose it, and when. What are the lines between caretaking and infantilizing, between healthy sharing of burdens and unhealthy dependence? And while rules in the abstract can provide a certain degree of safety, the way control plays out in real life can be far more complicated than any hard and fast rules can ever account for. Who ever knew a dom might be in need of a safe word, just as much as a sub?