What Do We Owe Our Exes? Elle Kennedy's THE SCORE

The latest addition to Elle Kennedy's New Adult Off-Campus series, The Score, focuses on the developing romance between college hockey player Dean Di Laurentis, the "king of one-night stands," and Allie Hayes, the girl who makes "little Dean" (i.e., his cock) pine for her and no other. Yet Kennedy's tale isn't the "teach/tame the philandering bastard the folly of his promiscuous ways by throwing a good-hearted virgin at him" storyline typical of old school romance (a large part of the appeal of the novel is that Allie, though she's had far fewer partners than has Dean, is in many ways more sexually adventurous than he is). Neither is the novel about being simultaneously resentful of and jealous of a man's right to be more sexually active than a woman is, as are so many other good-girl-heroine romances. In fact, the key to the fantasy of Kennedy's romance is that the villain of the piece is not sleep-around Dean, but Allie's nice-guy ex-boyfriend, Sean.

Reading The Score made me laugh at Dean's bawdy seduction attempts as he tries to win over the one girl who says "no" to any repeat performances after sleeping with him one time. But it really made me think why so many young women hold on to romantic partners long after everyone around them knows that the relationship has long run its course. And how many young women feel guilty if they are the ones to call a halt. What, if anything, do girls owe their exes? 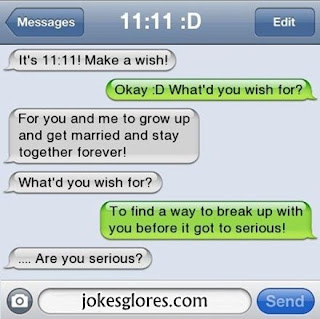 The Score opens with Allie receiving increasingly desperate text messages from Sean, whom she's just broke up with—again. For the fourth time in three years. After being part of a couple since freshman year, Allie feels "like such a failure" for not making it work with Sean. "No, I feel like a quitter," she amends her thought; a quitter because "The last piece of advice my mom gave me before she died was to never give up on love" (Kindle Loc 62). Women teach other women that it is their role to nurture relationships, to pour their energies into emotional care-taking; when such care-taking fails to achieve the promised results, women are often made to feel, or make themselves feel, guilty about it.

Sean isn't evil; in fact, he's often rather sweet. But he can also be pretty un-sweet, especially when Allie's goals do not align with his. Their latest breakup came after Allie realized that while Sean had been fine with her plan to move to LA after college to pursue an acting career at the start of their relationship, of late he'd been arguing against her going into acting at all. His dream is for Allie to join him in Vermont, playing the role of happy housewife as he works at his father's insurance firm. And the arguments he'd been using to convince Allie of the rightness of his dream have involved far more verbal abuse of her acting talent than celebration of the bucolic Vermont lifestyle.

And so Allie breaks up with him. Again. For the last time, she swears. Afraid, though, because of her "terrible habit of wanting to make everyone happy, eve if it means sacrificing my own happiness" makes her scarily susceptible to Sean's sweet-talking ways (1046), Allie calls on her roommate, Hannah, for backup. But Hannah, out of town for the night with her boyfriend, can only offer her boyfriend's house as an escape. A house which said boyfriend just happens to share with the incorrigible, highly-sexed Dean. Allie, who's not a one-night-stand kind of girl, starts off the evening determined not to heed Dean's inevitable come-ons. Yet Dean's surprisingly easy to talk to, and, after a movie, a joint, and more than a little tequila, Allie wakes up the next morning hung over and naked—beside an equally naked Dean.

Allie feels anything but satisfied, even though the sex she and Dean shared was fabulous. "I'm such a slut. Okay, maybe I'm not. Maybe I'm just a twenty-two year old woman who had some no-strings fun for once in her life," Allie debates with herself after the fact. One-night stands make her feel "defiled," "ashamed," and now, having engaged in one only one day after breaking up with a long-standing boyfriend, more than a little guilty (721, 726). So guilty that Allie feels compelled to tell Sean what she's done when he calls with his heartfelt apologies and pleas for forgiveness and second (fifth?) chances). And later, when Sean tells her "I forgive you," Allie feels not just resentful ("because forgiveness implies that I'd done something wrong by sleeping with someone else, and that wasn't the case"), but also "relieved."

Intriguingly, it is the two men in her life who do the most to convince Allie that she does not owe Sean. Allie's tough father tells her he's glad she broke up with Sean:

"Boy was too needy," Mr. Hayes continues. "I didn't like the way he looked at you."
"How did he look at me?" Allie asks warily.
"Like you were his entire world."
She frowns. "And that's a bad thing?"
"Damn right it is. Nobody should ever be someone else's entire world. That's not healthy, AJ. If your whole life is centered on one thing—one person—whatcha going to be left with if that person goes away? Absolutely nothing." He gruffly reiterates, "Not healthy." (3427)

And Dean urges her to drop the name/blame game: 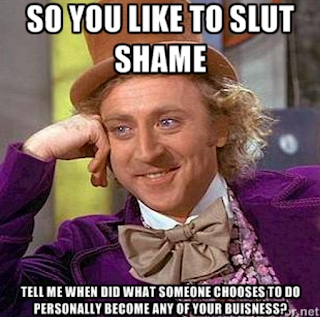 "But I wasn't kidding when I said I'm not into casual sex, okay? Every time I think about what we did this weekend, I feel—"
"Horny?" he supplies.
Yes. "Slutty."
I don't expect the flare of irritation I glimpse in his eyes. "You want some advice, babe? Erase that word from your vocabulary."
I suddenly feel guilty again, but I'm not sure why. Very reluctantly, I join him on the couch, making sure to keep some distance between us.
"I mean it," he continues. "Stop slut-shaming yourself. And fuck the word slut. People should be able to have sex whenever they want, however many times they want, with however many partners they choose, and not get some shitty label slapped on them."
He's right, but . . .  "The label is there whether we like it or not," I point out.
"Yeah, and it was created by prudes and judgmental assholes and jealous pricks who wish they were getting laid on the regular but aren't." Dean shakes his head. "You need to stop thinking there's something wrong with what we did. We had fun. We were safe. We didn't hurt anybody. It's nobody's business what you or anyone else does in the privacy of their bedrooms, all right?"
Oddly enough, his words succeed in easing some of the shame that's been trapped inside me since Friday night. (1315)


And this, perhaps, is where the fantasy of this romance lies: not in the fact that sex-loving Dean falls for sexually adventurous Allie, but that sex-loving Dean proves to be a sex-positive feminist, while nice-guy Sean proves to be a sexist asshat (examples of which come later in the story). Allie may need validation from men, as so many romance heroines do, but ultimately this validation is about affirming her rights—to her own plans, her own desires, and above all, her own sexual selfhood—not the rights of her male partner.

Or maybe there are just a lot more sex-loving sex-positive male feminists out there than when I was in college? 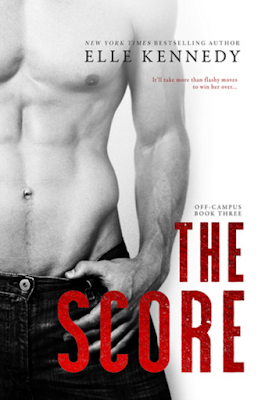