Many Ways to be Gay: Amy Jo Cousins' HARD CANDY

The latest installment of Mary Robinette Kowel's "Debut Author Lessons" blog column had me thinking about a recent romance read that aptly illustrates several of the points she is making (albeit in narrative form). Kowel's post, "Sensitivity Readers and Why I Killed a Project," features a list of things she's learned while planning and drafting a story about a "marginalized community," a project that she later ended up killing after a beta reader drew her attention to problematic aspects of her representation of said community.

"Culture is not a monolith," and "Internalized oppression is very real," two of Kowel's take-away points, really resonated for me in the context of reading the latest installment in Amy Jo Cousins' "Bend or Break" series, Hard Candy. Unlike some of the male/male romances that are popular with female heterosexual readers, those that feature hot, sexy, masculine guys who just happen to be gay, Cousins' books have included a broad variety of gay masculinities. And as Hard Candy's storyline points out, some of those gay masculinities are more acceptable to society at large, and even to some within the larger gay community itself, than others.

Victor Lim, first introduced in Level Hands (book #5) as one of a handful of gay male rowers on the crew team at a small, elite Massachusetts college, is uptight, caustic, and studious to the max. He knows he's not naturally smart, and that in order to do well in school he has to work his ass off. The only times he lets loose are after he finishes a big paper, when he gets drunk and has roommates-with-benefits sex with his best friend, Austin. But now that Austin has gotten tired of waiting to become more than an afterthought to Vinnie and has found himself a real boyfriend, Vinnie is at a total loss. 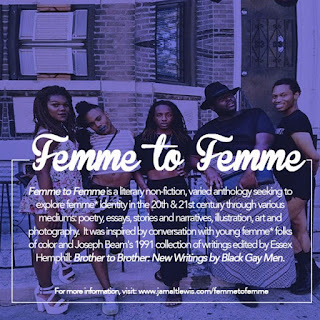 Which is why he finds himself waking up with a major hangover in the bed of a total stranger. A stranger who is nothing like fellow-rower Austin. A stranger who rocks lip gloss ("Well, I'm not gonna knock on my neighbor's door looking like something the cat banged last night after ten too many beers" [Kindle Loc 43]), calls him sweet things and pets him as if they were sweethearts, and even helps him as he pukes his guts into a purple trash can. "No one could put up with Vinnie's pain-in-the-ass ways, not even his best friend," Vinnie thinks to himself as the stranger, whose name turns out to be Bryan, nurses him and tucks him back into bed.

You'd think Vinnie wouldn't be able to exit such an embarrassing scene fast enough. But even when he's back in his own room, Vinnie can't help remembering Bryan's silk robe and shiny lip gloss. And really, really wanting to see Bryan again. Even though nothing about gay, black, southern femme dancer Bryan is "part of Vinnie's organized plan of attack on his student life. He stuck out in every venue like a sore thumb" (336).

Bryan, too, has his doubts about hooking up again with Vinnie: "Lots of guys only want to be with someone who can pass for straight, especially once they sober up, and, honey, that is never going to be me. I've made my peace with that" (257). And his previous experience with gay jocks suggests that Vinnie probably hasn't.

But Vinnie manages to persuade Bryan to give him a chance. And soon, before they even realize it, the two are spending serious time together. Boyfriend-like time together.


Even though Bryan is who Vinnie's body wants, his mind can't help worrying, especially when one of his crew teammates starts sprouting homophobic bullshit when Bryan and some of his dance squad friends come to cheer the crew team at their first race of the season. Though he tries to hide his reaction, Vinnie can't help but cringe:

It shouldn't bother him. It didn't bother him. He did not believe there was only one way to be gay. Or two ways. Or whatever. And nothing about the way he dressed or the choices he made was better or more valid than Bryan's way of living. It wasn't.
But, God, no matter how many times he repeated that in his head, he still braced himself every time he looked over his shoulder to see if anyone was staring at him.
It kind of sucked to realize he gave that much of a shit about what other people thought of him. (886)

Vinnie is gay, but his "gayness" is less obvious than Bryan's, less disruptive to conventional masculine norms. Vinnie's class position, as well as his cis-gendered looks and activities, grant him enough privilege that he has not been subject to the same degree of "crap" (i.e., homophobic taunting and physical abuse) that the far more feminine Bryan has. And straight-arrow Vinnie cannot help but feel amazed that "Bryan didn't feel the need to tone himself down in the face of it" (594).

Not surprisingly, internalized homophobia is not conducive to a happy romantic relationship. Vinnie's comes back to bite him during a fraught incident with Bryan, an incident that has Bryan feeling that Vinnie is just like all the other gay jock boys he's been with: ashamed.

But as Vinnie's roommates have all discovered (in previous books in the series), relationships have their ups and downs, their sweet moments and their failures, their fuck-ups and their make-ups. Now Vinnie has to decide if being a boyfriend—being Bryan's boyfriend—is what he really wants. And if he's willing to work on both on his relationship skills and on rooting out his own internalized homophobia to make it happen. 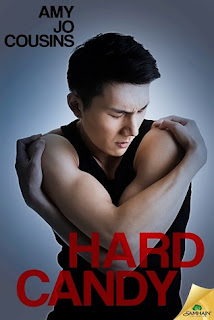