I've been gradually reading my way through this year's list of Romance Writers of America's RITA award winners, given to the best romances published in 2016. The only one I'd read before was Courtney Milan's novella, Her Every Wish, which I'd featured on the blog back in April of 2016 (see review here). So I was curious to see if any of the other winners would feature similarly explicit (or even implicit) references to feminist themes, or if Milan's book was the exception that would prove the rule that the most popular romances tend to be more conservative than progressive in regards to gender issues.

My biggest RITA-reading surprise so far has been the winner of the "Romance with Religious or Spiritual Elements" category: Tammy L. Gray's My Hope Next Door. I'm no expert on religious romances, but the ones I have read have almost always been on the deeply conservative end of the gender politics spectrum. But Gray, who bills her novels as "modern Christian romances with true-to-life characters and culturally relevant plotlines," strikes a markedly different—and at times, even feminist—note from more traditional Evangelical romance authors.

Former town wild child Katie Stone is returning to Fairfield, Georgia, to help support her parents as they struggle with her mother's diagnosis of multiple sclerosis. Several years earlier, Katie had fled Fairfield, and everyone in it—her parents; her two best friends; and her ex, Cooper Myles, "two hundred pounds of stubbornness [who] had controlled her for most of their two-year relationship" (page 3)—chasing an elusive sense of peace. A peace she'd never been able to find, until she stepped into a church next to the women's shelter she'd been staying in four months earlier. Unlike most of the protagonists of the Christian romances I've read, Katie's turn to God comes before the start of the novel, rather than serves as the novel's climactic scene. The resulting novel, then proves to be less about Katie's coming to religion, and more about how she comes to terms with the harm she'd done to the people in her past, and the harm those people had in turn inflicted on her.

Somewhat predictably, Gray pairs Katie romantically with the town good boy, Asher Powell, the son of Fairfield's pastor. But Asher's not the flatly-constructed cardboard good boy common to the religious romances I've read. In high school, Katie had found "it revolting, [Asher's] kindness, the way he watched her with eyes that promised understanding" (17). But at twenty-six, Asher's faith in his religion is at an all-time low. Ten months earlier, he was forced to resign from his position as the church's media director in the wake of the painfully public revelation that his relationship with his girlfriend was not as chaste as their religion demanded. "Asher had given his life to that church. Half of the people in it had known him since he was a baby. Yet one lapse in judgment, and they crucified him" (10). Ten months after leaving to keep parishioners from calling for the resignation of his pastor father, Asher still can't get over his bitterness at the betrayal of his larger church family, even though his own parents have supported him throughout the ordeal.

Wild child Katie, reformed, trying to make amends; good boy Asher, fallen, trying to make sense of abandonment and betrayal. Is it any wonder that when Katie returns to her parents' home, to her mother's disappointment, judgment, and guilt, to her father's tight-lipped sobriety, and discovers that Asher has purchased the property next door, the two find themselves gradually drawn to each other? At first in wary attraction, later in neighborly companionship, and finally into something deeper. 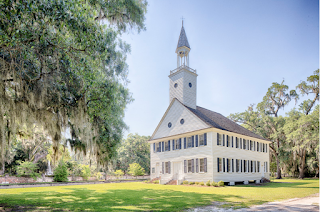 But what they need to navigate through their slowly developing relationship isn't religion, at least not directly. They need to learn from their religious journeys, and to teach one another the lessons they've learned, then apply those lessons to their lives and their relationships in the everyday world. Katie needs not only to make amends to the people she's hurt, and to forgive them for hurting her, but to extend that forgiveness to herself. And to accept help from others in her community when it is offered, and needed, rather than protecting her vulnerability at all costs. Asher, who has grown up invested in the importance of such community, models for Katie what that kind of caring can be. As he tells her early in their relationship, after she laughs at the idea that his father, the pastor, has flaws just like any other human being, "There are no perfect people, Katie. Just some who try harder than others to do the right thing" (76). Being willing to try, rather than to run away in fear, is what Katie must finally do in order to make things right with the people she loves.

But Katie is not the only one with lessons to learn. Good boy Asher also needs to change, growth which becomes easier to understand and accept once he becomes involved with Katie. Asher needs not only to rediscover the ability to forgive, but also to accept his own weaknesses, and to be honest about his own feelings. Honesty isn't something that, as a pastor's son, he believes he's entitled to: "That was the church way, right? Put on the smile, the mask; tell everyone you're fine when really you're dying inside" (99). But after his estrangement from the church, Asher "didn't want to be that person anymore" (99). And Katie's directness, her bold honesty, provides Asher with a model for how to move beyond playing the role of the happy good boy, to understand that he, like his father, is flawed, is not perfect. And her acceptance of his weaknesses "gives him permission to be flawed," permission he hasn't until now believed he could have (120). Only after accepting his own flaws, as Katie accepts hers, can he move beyond the bitterness of betrayal, to become once again someone "who tries harder than others to do the right thing" (76).

I've rarely found such fully-developed characters in the religious or spiritual romances I've read. And not only the protagonists; Gray's secondary characters—Katie's friends Laila and Chad, and Asher's and Katie's parents— are all rendered with equal nuance and respect. I even felt sympathy for Katie's controlling ex, Cooper, and Asher's fearful ex, Jillian, characters who in other religious romances might easily be cast as flatly evil others.

Most importantly, though, in feminist terms, is that Katie and Asher's relationship ends up working not just because they share religious beliefs, but because they share a respect for one another, and are willing to be there for each other. Not just during the easy times, but the hard ones, too. As Asher tells Katie at book's end:

"If you want us to work, you have to include me, even in the parts that aren't so pretty. I've been in a relationship with walls, and masks, and false smiles. I called it love, but it wasn't. What we have—real, honest truth, painful or not—that's love" (300).

Respect, honesty, shared burdens as well as joys—sounds like a recipe for a feminist heterosexual relationship to me... 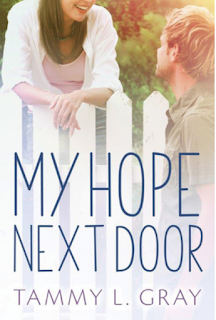