Your Feet's Too Big? Romance Novels and the Larger-Than-Life Male Appendage

Lynn had forced herself to make a joke, but amazement ended up being precisely the right word to describe the sight of their pants hitting the floor. She found herself staring at two erect cocks. Two erect cocks that were long and thick and much, much bigger than any shed encountered before. Her first thought was anticipation—the guys obviously had a talent or two and since it was their equipment, she figured they knew how to handle it. Her second thought was, Suz is going to die of jealousy. —Vivian Arend and Elle Kennedy, All Fired Up


My spouse and I recently attended a concert by the Hot Sardines, the New York jazz ensemble "on a mission to make old sounds new again and prove that joyful music can bring people together in a disconnected world." One of their "old sounds made new again" was a cover of a song originally sung by Fats Waller, "Your Feet's Too Big." The original tune has Waller poking fun at (and expressing his jealously of?) a male friend whose "pedal extremities are colossal." Said friend waltzes onstage with two women on his arms, and later takes center stage to demonstrate how his "obnoxious" feet can dance up a storm.

Though the film clip of the performance (below) concludes with Waller as the one who ends up with a woman in his lap, the song hints at male anxieties about the common symbolic meaning of a large foot: an equally "colossal" male genital. "Your Feet's Too Big" humorously hints at the male fear that his "foot" may not measure up to those of other men, and thus he'll be at a disadvantage in the competition to attract women. (For a scholarly discussion of the symbolic meanings of the foot, check out K. J. Kerbe's " 'Your Feet's Too Big': An Inquiry into Psychological and Symbolic Meanings of the Foot," in the Summer 1985 edition of Psychoanalytic Review).

Many other singers have recorded versions of the song (including the Beatles!), but it wasn't until I attended the Hot Sardines concert that I heard a woman croon the tune. Elizabeth Bougerel's cool, deep, yet decidedly feminine vocals, as well as the changes she made to some of the lyrics, simultaneously bring male anxieties about penis size to the surface and call them into question.

Waller's verses jokingly insult the man with the big feet, but they also suggest the singer's uneasiness at the sight of a man with "feet" bigger than his own:

Oh, your pedal extremities are colossal
To me you look just like a fossil
You got me walkin', talkin' and squawkin'
'Cause your feet's too big, yeah


In contrast, Bougerel never feels the need to "walk, talk, or squwak"; instead, her lyrics consistently point to the absurdities of oversized male appendages:

Now when you go and die, no-one's gonna sob
The undertaker's gonna have quite a job
You're gonna look funny, when they lay you in the casket
Oh look at those feet, stickin' up out the basket

Even in places where the lyrics are the same, I couldn't help thinking about how the meaning might change, having a woman, rather than a man, singing them:

"Can't use you" has quite a different meaning if the singer in question is a heterosexual female, rather than a heterosexual male, doesn't it? Rather than worrying about another fellow's cock being bigger than his, a female singer singing the same lines suggests that a male member may be too big for a satisfying sexual encounter.

I have no idea of the gender or sexuality of either Waller or Bougerel (Waller was married twice), but the interpretive possibilities are even more disruptive if one imagines a queer singer taking on these lyrics, aren't they?
The Hot Sardines' version of the song ends not with Waller's signature phrase, "One never knows, do one?" but instead with the far more directly suggestive (and simultaneously hilariously undercutting)

And you know what they say about big feet, don't you?
Big shoes. 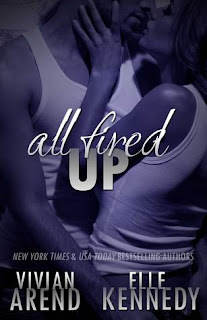 Why am I nattering away about Fats Waller and the Hot Sardines on a blog devoted to romance novels? Because when I heard the Hot Sardines sing their version of this song, I was immediately reminded of the way many romances hold up as ideal a larger-than-life male, including his larger-than-life male appendage. Though the quote with which this post opened, from the first book in Vivian Arend and Elle Kennedy's new Dreammakers series, features two rather than just one idealized male, change those two male bodies for one and the passage might have been pulled from almost any romance novel which leans towards the idealization of the heterosexual male: six-foot-plus muscular physique, aggressive but protective alpha personality, and, inevitably, an oversized penis.

Are large cocks always better? As a woman who is on the petite side, I have to say I've never been all that drawn to large men, and always cringe a bit when I come across such passages in my romances. I've long wondered if I was just an anomaly among the romance-reading public in that regard. But after listening to Elizabeth Bougerel's sly version of "Your Feet's Too Big," I'm thinking perhaps I might not be so alone...
Posted by Jackie C. Horne at 1:28 PM