My first exposure to transexual identity came, as I'm sure did many cisgendered folks' of my generation, via Neil Jordan's 1992 film The Crying Game. IRA volunteer Fergus promises to seek out the girlfriend of a British soldier his group has kidnapped if the soldier should be killed. The soldier does die (although not at Fergus's hands), and he eventually does seek out the girlfriend, who is named Dil, in London. Of course, Fergus begins to fall for Dil. Only when they are about to make love (about midway through the story) does the film reveal to both Fergus and the audience that Dil is transgender, in a visceral visual way.

Marketing for the film positioned this secret as the heart of the film: "The movie that everyone's talking about, but no one is giving away its secrets." Though the film itself is far more subtle, its structure cannot but help construct transgender identity as a secret, a secret so shocking (at least to the cisgendered) that it makes the viewer (identifying with seemingly straight Fergus) throw up in revulsion. It also positions transgender identity as a spectacle, a display that titillates even as it shocks. Even though by film's end, Fergus sacrifices himself on behalf of Dil, thereby validating Dil's identity and existence, it can never quite overcome the distaste of that initial moment of reveal/revulsion. What reviewers talked most about (or tried not to give away) was the secret of Dil's trans-ness; the shock of the big reveal, rather than the film's story as a whole, was what made the movie worth talking about.

Romances featuring transwomen often struggle with that burden established by The Crying Game's precedent (see for example Brian Katcher's YA Almost Perfect). How can you depict trans lives without turning them into spectacle, without making the romance at its heart be about the big secret, the big reveal? Which is why I found Courtney Milan's latest contemporary, Hold Me (book #2 in her Cyclone series) such a pleasure to read. Milan blows right by this "cis-person's burden" of trans-ness as spectacle by making the central problem for her heroine not the revelation of her trans identity, but instead the problematic ways other peoples' responses to that identity have shaped her, and her ability to trust in love.

The first meeting between sexy, gorgeous Maria Lopez and super-brainy physicist Aroon (aka Jay) na Thalang is a definitely meet-cranky. Maria comes to Berkeley in search of her brother, who has just joined Jay's lab. But the driven, demanding Jay has no time for distractions, especially one who looks as hot as does the stranger knocking on his door. "What are you selling, anyway? Lab supplies? Amway?" Jay's sexist rudeness catches Maria a bit off-guard, but when her always-late brother Gabe finally appears and formally introduces her to his friend/boss, her sharp tongue returns with a vengeance:

"Did you know Jay's working on a top secret project for the Department of Defense? He uses invisible radiation to turn himself into an asshole."
Gabe looks at me, then at his friend, then back at me. "I'm missing something."
"Don't worry, little brother." I pat Gabe's shoulder. "His terrible transformation only happens around women. You're safe." (Kindle Loc 171). 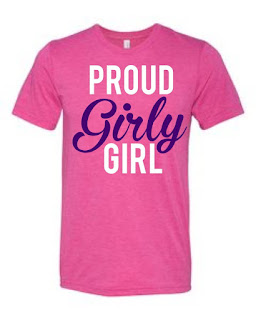 Maria is used to having to deal with Gabe's "good guy" science friends, friends whose unthinking sexism leads them to dismiss or condescend to her, assuming that she's an intellectual lightweight. But unbeknownst to Gabe or to Jay or to any other male in the academic community, Maria is the writer of a science/fiction blog that is de rigeur reading for anyone with scientific chops. The blog, built around the premise that its writer is someone from the future who sends instructions back to the present to help people avoid apocalyptic events that threaten human existence, was Maria's way to keep her brain engaged between high school and college, during the years she was working to save up for surgery and hormones. Obnoxious Jay, who tells her during their first meeting that she needs to stop "distracting" her brother so he can focus all his energies on scoring a tenure-track job: "And look at you. You took a selfie with your brother. You're a girly-girl. You care about hour hair and clothes and pop culture. I've seen too many of my good friends struggle to get jobs. You don't know this market" (231). But Maria is proud to be a girly-girl, and won't let Jay reduce her to merely a "distraction," especially not to her brother, who was the only family member who has stood by her during her gender identity journey.

Needless to say, Maria and Jay's in-person relationship only continues to go downhill as the two end up running into each other at every turn over the next few months. But in a Shop Around the Corner/You've Got Mail trope-move,  the commenter on Maria's blog with the moniker "Actual Physicist," the commentator with whom she's been corresponding and flirting with offline for the last eighteen months, is none other than her brother's boss, Jay na Thalang.

Milan not only rejects the big reveal of Maria's trans identity (Jay has had both boyfriends and girlfriends, and seems pretty unfazed when Maria tells him about her parents' rejection of her after she announced her desire to live as a girl at the age of twelve). She also rejects the secrecy that the Shop Around the Corner trope often demands: that even after one party discovers the real identity of their "pen pal," they must keep their own identity hidden from the one who has yet to learn the truth. For ultimately, what is keeping Jay and Maria apart is not the secrets they are keeping from one another, but the past traumas that have disrupted their relationships with their families of origin, traumas that have made both wary of trusting others with their most vulnerable selves.

Learning to trust is not about keeping secrets, and it's not about any big reveal, Milan's story suggests. Instead, it is about recognizing one's own blind spots (Jay coming to realize his own unthinking sexism; Maria recognizing her refusal to rock the boat so that she won't be rejected by those she loves). And above all, it's about the long series of small reveals, the everyday sharing of self with other, that builds a foundation of trust. 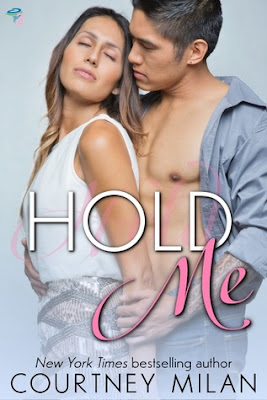