If you're part of a large extended family, and you regularly attend family get-togethers, you're probably used to the well-meant yet intrusive personal questions that aunts, grandparents, and second cousins once removed frequently lob in your direction. When are you going to get a boyfriend? When are you and your girl going to make it legal? When are you and that spouse of yours going to start popping out grandbabies so we have someone to kiss and coo over?

Such conversations are especially difficult for Kaya, the heroine of Six de los Reyes' contemporary romance Beginner's Guide: Love and Other Chemical Reactions, who is studying at a university in Manila for her MS in Molecular Biology. Kaya's always been different from the others in her close-knit extended Filipino family; introverted, a science nerd, and far more of a thinker than a feeler, Kaya would far rather be working in her lab than attending yet another of her family's "ostentations affairs." As Kaya explains, "In the interest of optimizing my life experience, I had abandoned casual and recreational socialization on the basis that the probability of success did not justify the effort and repeated reinforcement that I am undesirable" (90).

But no one in the family is allowed to avoid attending a family get-together. Get-togethers where "appropriately themed music would be set just a decibel below the legal limit, and the mandatory coordinating outfits would put the rainbow to shame. Anything less than crazy and outright embarrassing in decent company did not deserve to be called a party. It didn't even matter if it was a real cause for celebration. If the day warranted capitalization, it deserved a bash" (185).  Which is why, in the second scene of Beginner's Guide, Kaya finds herself at the home of her maternal grandparents for her cousin Czarina's Engagement Party (theme: "Czarina's Crazy Carnival").

Having to dress as a mime is only the first of a series of indignities Kaya has to endure during the latest family bash. Being teased by her older brother, misunderstood by her cousins' dates when she tries to talk about her work, and interrogated about her dating life by her Titas ("What are you looking for, anyway? Maybe your standards are too high! Don't be so picky!") is bad enough. But when cousin Daphne suggests "Maybe, you know, you're not single because you work all the time. Maybe you work all the time because you're single" (304), Kaya can't help but start questioning whether there is something inherently wrong with her.

Knowing his daughter well, Kaya's father challenges her on her own terms: "Do you have any evidence supporting this claim?" he asks when she wonders if she is just not suited to a romantic relationship. And when she says no, he challenges her to do something about it: "At least try, that's what you do, right? You try things and see what happens" (340). The "repeated phenomenon" of having her singleness called out during the party "created a disturbance in my brain" (340). And while Kaya knows that "my family is hardly a representative sample of the overall population," she also wonders if "the generalized view they presented on the benefits of being in a relationship indicated that it was directly related to happiness."

Kaya knows of only one way to test this hypothesis: to conduct a scientific experiment. Kaya's lab benchmate, postdoc Eugene, helps her design her "proof of concept experiment" in the local cafe/library, In Lab. One of the key issues in the experiment is how to filter out unwanted individuals, the discussion of which catches the attention of In Lab's owner, Nero Sison. Nero and Kaya are like oil and water: Nero, an artist, is ironic, tattooed, and a member of "a world that rarely collided with mine. A world that valued aesthetics and feelings more than they did fact and evidence" (535). While Kaya's list of "unsuitable individuals" includes more than twenty different disqualifications ("one afflicted with dangerous psychological disorders, sociopaths and psychopaths, or someone with sexually transmitted diseases," etc. etc. [550]), Nero's standards are much looser: "Not Evil. And I'm telling you, I have a very loose personal definition of Not Evil" (584). 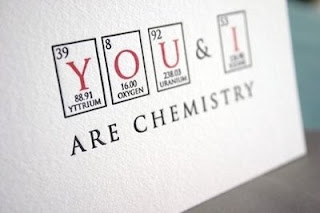 Savvy romance readers are likely to see where this is all heading. But the fun of the very funny but never condescending towards its socially awkward heroine Beginner's Guide is in the trip, not just the destination. I especially appreciated that the solution to Kaya's search for a romantic partner didn't require Kaya to throw out her preference for thinking over feeling. Instead, at novel's end, her wise father once again challenges Kaya on her own scientific terms:

"If the evidence points towards you liking him, then shouldn't that be the recorded result of your experiment? Declaring it null and voice just because you don't like the data seems irresponsible. If your evidence points to wanting to be with him, then choosing to push him away because of an unoptimized methodology sounds to be the illogical choice here.
"No one's perfect. Not even perfect for you. People just are, and you accept that about them, flaws and all. And love, it never happens the way you plan for it to happen. And if love is just a chemical reaction, then maybe it doesn't always happen within laboratory conditions" (2772-81)

A conclusion with which Kaya, and her readers, are ultimately happy to agree. 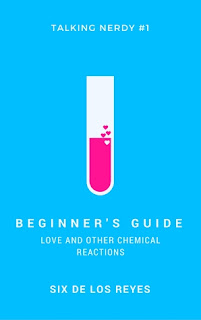