"The First Man To Give Me One": The Assumptions About Female Orgasm in Romance

How do heterosexual women reach orgasm during sex? From reading many a romance novel, one could easily conclude that orgasm is not something a woman need actively strive for at all. Instead, orgasm is often described and portrayed, as something a romance heroine receives from her male lover.

In Old Skool romance, with its typically virginal protagonists, the usual sign that a hero was the right partner for a heroine was the fact that he could sexually excite her when no other man could or had. In the 1970s and 80s, good romance heroines did not ever get turned on, at least not until they met their one true love.

We assume that the sexual experiences of real women are far different today than they were in the 70s and 80s. But in fact, the average age of first sex has gone up a tad since its low of just below 17 in the mid 70s, to a bit closer to 18 in 1989, and then back down a bit to about 17 today (see info from the Guttmacher Institute). So perhaps it's just that social acceptance of premarital sex has finally caught up to social practice of same. 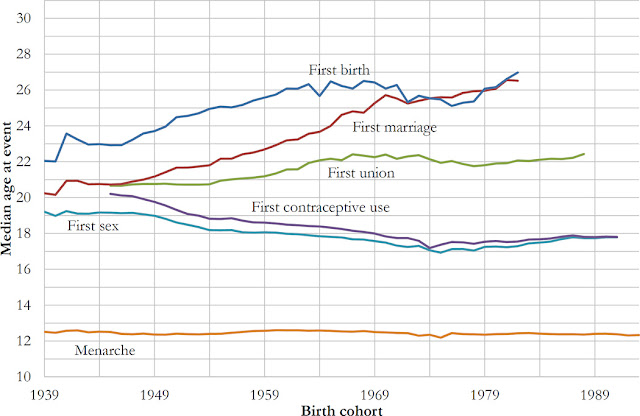 In romance novels, what does this social acceptance look like? Well, heterosexual romances in 2018 features far fewer virginal heroines than they did in the 70s and 80s (although they still do exist, and in both female and male types). But despite heterosexual romance novel heroines' increasing sexual experience, many a romance novel still links the discovery of a heroine's true love with the simultaneous discovery of a partner who can bring her to orgasm. Let's call it "The First Man to Give Me One" trope.

Take this example from the compulsively readable Harlequin author Maisey Yates. In Untamed Cowboy, book #2 in the Gold Valley series, Yates' veterinarian heroine, Kaylee, embarks on a sexual relationship with best friend Bennet. Kaylee's made herself orgasm before, but "She had never come with a man before. She just could never get herself all the way into it. Could never stop feeling self-conscious. About where to put her hands, about whether or not he was enjoying it. About whether or not she was enjoying it enough" (Kindle Loc 2067). For Kaylee, thinking about sex is a problem, one that interferes with her ability to relax enough to reach sexual climax.

But with Bennet, who is not only her business partner and closest friend, but also the man she's been nursing a secret crush on for years, it's far different:

Then he pressed it [his finger] between her slick folds, rubbing her slowly, methodically. Before pushing inside of her completely.
She broke. And he swallowed her cry of pleasure as her internal muscles pulsed around his fingers as he gave in to the deepest, most intense orgasm she had ever had in her entire life. The only one she had ever had in front of another person.
And it was Bennet. Bennet was the one who had seen it. Bennet was the one who had caused it." (2091). 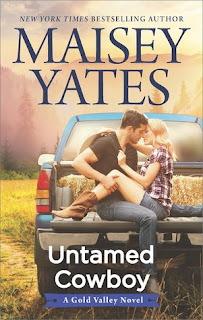 The narrative here puts Bennet in the role of actor ("pushing inside her completely"), Kaylee as reactor ("She broke"). Kaylee's internal dialogue echoes this narrative positioning: "Bennet was the one who had caused it." A woman has an orgasm not because she strives for it, reaches for it, but because she responds to the actions of her male partner.

Kaylee echoes this same language around female orgasm later, in the midst of a fight with Bennet:

"Thank you. Thank you for the orgasm. It was awesome. I'm putting it in my diary. Because you are the first man to ever give me one."
Well, crap.
She hadn't meant to confess that. And right about now you wud be able to hear the tinest piec eof straw fall onto the concrete barn floor. Because Bennet had fallen utterly silent, his mouth dropped open in an expression of shock.
"What?" he asked. . . .  "No man. None of them. None of those douchebags I watched you date."
She crossed her arms and shook her head, defiant. "Nope."
"Well, that's just . . . I'm torn between wanting to beat them up and wanting to take a damned victory lap."
"This is not really more charming than any of the other crap you pulled earlier."
"I'm the first one to give you an orgasm?" he asked as if he hand't heard her previous statement.
"Yes," she said, "don't let it go to your head."
"It's not my head it's going to."
"Bennet!" . . . .
"It's just hard for me to believe."
"That there's something wrong with my body.
He shook his head emphatically. "It's not you, Kaylee. Hell, no. It was them." (Kindle Loc 2433)

In Yates' construction, female orgasm is something a man "gives" to his partner. A bad male sexual partner will fail to give the gift ("Hell, no. It was them"), while the right male sexual partner will always bestow it. Responsibility for an orgasm thus lies completely with the male partner, not with the female ("It's not you"). Even though earlier Kaylee admitted to herself that her own self-consciousness stood in her way, Yates' novel tells its readers that self-consciousness will inevitably vanish in the face of the right male partner, clearing the way for the gift to be received. In such a construction, a woman plays no real role in achieving climax with a partner, beyond picking the right man; all responsibility for female orgasmic pleasure lies with her male partner.

Is male climax with a female partner portrayed in the same way? Yes, Bennet is just as blown away by his own climax (in a later scene) as Kaylee is by hers in this one. But the language Yates uses to describe orgasm from Bennet's point of view does not cast it as something that Kaylee does to him or gives to him; Bennet still remains the active party, even as he loses control:

Pleasure gathered at the base of his spine, electric and undeniable. It was like fire building inside of him. One that was going to rage out of control at any moment. One that might consume him completely. That need again. That thing he had known would be a raging, destructive thing. And it was. It was. But he was ready to jump feetfirst into it.
He lost his hold on his control, letting go completely, igniting and bringing Kaylee along with him.
If they were going to burn, at least they were burning together.
They clung to each other, his orgasm taking them over completely, a feral growl on his lips as he let it all go completely. (2803)

Bennet's orgasm is all about his choice to lose control. "He was ready to jump feetfirst into it"; even though he "lost his hold," he still is the one who is "letting go completely." It is not Kaylee who gives him the gift of orgasm; in fact, it is Bennet who "brings Kaylee along with him." Female orgasm is a gift from the right male to the right female, but male orgasm is an active male choice.

What's at stake when female heterosexual orgasms are constructed as a gift from a man to a woman, while male orgasms are portrayed as an active choice a man makes all by himself? Here are just a few downsides:

• It ignores the fact that many women never not reach orgasm during p in v sex at all, and that those women who do often need additional clitoral stimulation to achieve it. According to a 2017 study of 1478 women in the Archives of Sexual Behavior, 51%-60% of respondents reported reaching orgasm via intercourse plus clitoral stimulation, while only 21-30% reported reaching orgasm without such assistance. Needless to say, such "assistance" can come from either partner. But if a woman believes that she is the passive recipient of the gift of orgasm, she's far less likely to take matters into her own hands, or to ask her partner to take them into his.

• It plays into the linkage between the ideal male romantic partner and the ideal female sexual experience. Good sex usually takes time to develop; more women report reaching orgasm with a familiar partner than with a new or casual one, no matter how weak or strong their romantic feelings are for each other at the start of their relationship.

• It puts men in the drivers' seat when it comes to sex and female sexual pleasure. If you're waiting for a guy to give you an orgasm, you might be waiting a good long while.

• It suggests that women are not responsible for their own sexual pleasure, which can make women reluctant to ask for what they want, or suggest to their partners that they do something different than they are currently doing.

• Just because sex for men is the cycle from arousal to ejaculation doesn't mean that climax has to be the end goal for a woman. Multiple orgasms, or no orgasms, can be just as good an option for a woman than the one orgasm per sexual act common to the male.

• And as one of my favorite lines from one of my favorite web sex education web sites, Scarleteen, reminds us: "Don't forget: the vagina, all by itself, is an active muscle. It grips what is around it: it doesn't just hang out and whistle Dixie while things happen to it." Check out the rest of this post, which busts the myth that males are active, females are passive during sex.

How often do the romance novels you read portray female orgasms as a gift from a male to a female? How often do they portray sex as an active experience for both partners?

Email ThisBlogThis!Share to TwitterShare to FacebookShare to Pinterest
Labels: orgasms