The Lack of Diversity in Historical Romance

In case you haven't heard about it yet, there's a thought-provoking opinion piece over at Smart Bitches, Trashy Books about the dearth of people of color (POC) in historical romance. "The Diversity Thorn: Ethnic Identity, History, and Historical Romance," by new-to-romance reader and gender scholar Asha Ganesan, opens with a bold claim:

Historical Romance (HR) has a major diversity and accuracy problem. The problem stems from assumptions that have been passed down through the lineage of HR (though these assumptions are not exclusive to this genre). The assumption is that branding a story "historical romance" includes some representation of "historical accuracy." It does not.

Ganesan goes on to argue that since HR is often as much, if not more, fantasy than realism, authors cannot use the defense of "I'm being historically accurate" to justify not writing characters of color into their historical works:

If we are capable of suspending reality when it comes to our handsome rake alpha not being even slightly physically affected by his debauchery and we are willing to overlook the deus ex machina in many of our favourite books (twin-swapping? Windfall? He wasn't a commoner after all?), is it really too much to ask to make one of the MC's lover an African woman? To make his wife Asian? To have a character be a cunning Indian businessman—villain or hero?

I appreciate Ganesan's goal—to push writers to write, and publishers to publish, more HR featuring characters of color. But I think we have to go a little further than just pointing out the logical fallacy that lies behind most traditionally-published (and a lot of independently-published) HR if we want the ethnic and racial landscape of HR to change. 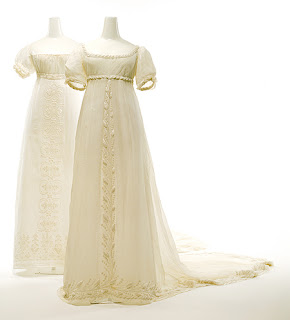 My thoughts here take a few twists and turns. To start, I'm going to go counterintuitive: by arguing that Ganesan's claim that all historical romance features no historical accuracy is not accurate. Some HRs use their historical settings as little more than backdrops, yes, an excuse to feature pretty ballgowns, lavish jewels, and beautiful estates. Others, though, are deeply invested in what it was like to live in a particular historical moment, how daily life at a particular place and at a specific year or period in history influenced how the people alive then thought, felt, and especially fell in love. Some HRs are almost pure fantasy, while others balance on the line between historical romance and historical fiction.

Do you think that readers tend to prefer books on one or the other end of this fantasy/accuracy spectrum? I know I do, and many readers I know do, too. I don't know this empirically, but it's my hunch that readers who prefer the "wallpaper" HRs, the books that use the past as a pretty set piece rather than as opportunity to explore human difference as well as similarity, are also the ones who prefer their romances to feature only aristocratic protagonists. And that readers who prefer the other end of the spectrum enjoy romances with characters from all different social class positions.

In large part, the fantasy of aristocratic HR is a fantasy of escaping our social class: I may live a middle or working-class life, but when I read HR with dukes and duchesses, viscounts and viscountesses, I can fantasize that I live a life of wealth and ease. Crossing class lines (earls marrying governesses, or, even far less likely, dukes wedding serving girls) is an especially potent fantasy, one that's been a part of Western culture for as long as we've been telling versions of the Cinderella story. Such romances diffuses class tensions by allowing the economically underprivileged to fantasize about joining the ranks of the privileged, if only for the short while the book we are reading lasts. 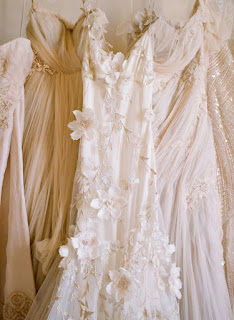 But there's a second, usually unremarked-upon fantasy that the aristocratic wallpaper HR also allows: a fantasy of living in an all white world. Because the English nobility was almost exclusively white during the periods in which HRs are most popular. By asking for story after story of dukes and marquesses and earls and their ilk, readers not only get stories of rich, powerful men, but they can also get books with all-white characters, all without having to specifically ask for this.

Readers who want to "escape" by reading HR, then, might not just wish to escape the hardships of their own working lives (a class escape). They might also harbor a wish to escape the increasingly difficult-to-ignore fact that American, and much European, life now is inescapably not all white (a race escape).

Such readers may be unconscious of this desire. Or they may not wish to express it openly, for fear of being labeled racist. But the aristocratic HR, by its very nature, caters to such a desire, whether it wishes to or not.

How much does that fantasy of an all-white world, a world without racial strife, appeal to you, consciously or unconsciously, when you read or write historical romance? I'm asking myself this question today, and urging other white readers and writers to do the same.