If you could choose between a human lover, with all the flaws of any typical human being, and an "AIC"—"an Artificial Intelligence Companion," one tailored to your individual preferences and needs, programmed to meet the emotional and physical demands you specifically desire in a romantic partner—which would you pick?

Even the possibility of such a choice sounds fantastic, no? But as Penny Reid's latest Knitting in the City novel, the fiercely smart and hilarious Dating-ish suggests, the day when that choice might be before you may be far closer than you think.

Reporter Marie Harris is on the verge of cancelling her her FindUrParnter.com account when she gets a surprising message: "You and Derek are the perfect match." Wary but hopeful, Marie decides to give Internet dating one final whirl, waiting for her "perfect match" in a local cafe when Dating-ish opens. But the man who finally shows up looks nothing like the fellow Marie "stalked" online. Nor does he seem at all interested in the same things that their dating profiles told her they both "loved." And rather than romancing her after greeting her awkwardly, he instead begins to grill her about her dating preferences, acting as if he, not she, is the reporter.

Or an academic, interviewing women as part of his research for creating the above-mentioned AIC. Not "Derek" at all, but Matt Simmons, Ph.D., computer science nerd. Which Marie finds out only after she ditches the guy in the coffee shop, only to discover later that day that he's the next-door-neighbor of one of the women from her weekly knitting klatch.

Marie and Matt begin to verbally mix it up almost from the minute she discovers that Matt's research is focused on developing a "Compassion AI—as a replacement for human relationships" (35). Marie, along with most of her knitting friends, finds the idea deeply creepy, if not outright sad: "It felt like giving up. Like we were handing over the keys to our humanity, giving it away for free for the sake of saving ourselves from being inconvenienced" (43). But for Matt, who grew up with distant parents and who never felt all that connected to his (now ex-) wife, a Compassion AI seems the perfect solution to humanity's "archaic dependence on each other as a source of fulfillment and support":

"You think relying on another person is archaic?"
"It's not archaic if it's a choice, freely made and healthy." He shrugged, his tone growing lofty, academic. "But, I do think the practice of sacrificing oneself at the altar of physical urges and the fantasy of emotional equivalence in the pursuit of empathy, endorphins, and tachycardia is archaic" (35-40).

Given that this is a romance novel, the savvy reader will expect Matt's point of view on human vs. robotic connection to be firmly trounced by book's end. But what made Dating-ish such a fascinating read is that Reid, through reporter Marie's work on a series of articles about how "women, all of female humanity—can replace romantic relationships by using either paid services or robots," gives both sides equal, and equally compassionate, airtime.

It turns out that while Compassion AI technology is not quite ready for the market, there are already quite a lot of paid services currently available designed to meet one or more of the needs usually fulfilled by a romantic partner—"Professional cuddlers and massage for touch. Professional dry humpers for thrilling touch. Escorts for dinner dates, life coaches for affirmation, personal trainers for activity and movement"—even meditation salons that provide guided orgasm therapy. All perfectly legal, none based on the subjugation of a weaker person for a stronger one, and all in service of meeting unfulfilled human needs. Fiercely curious Marie cannot help but be drawn to the idea of exploring other creative ways of "solving loneliness" besides Internet dating.

Of course, for the second part of her series, the part focusing on robots, Professor Simmons proves to be the perfect source. He's direct, honest, and curious, characteristics he shares with Marie. And though Marie's "whoremones" ("That's what I called my hormones when they betrayed my good sense. Sandra said I was slut-shaming my body's appreciation for the opposite sex. I told her I was okay with that if it meant I remained free of STDs" [76]) begin to act up around the younger, rumpled, quirky, but decidedly good-looking professor, Matt's nothing but direct about not wanting to get involved in any kind of romantic relationship. Marie is looking for someone to settle down with, not fool around with, but she enjoys Matt's company so much that she asks if the two of them can be friends when the interviewing for her article is done. 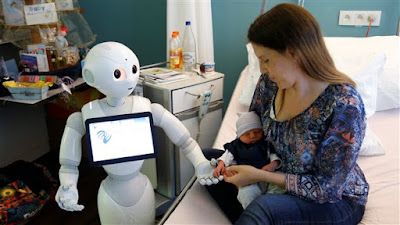 Though Matt's a bit taken aback at being so directly "friend-zoned," he readily agrees to Marie's proposal. And the two begin to hang out together. A lot. Far more so that workaholic Matt ever did with any of his previous friends, or even with his wife. So much so that many of Marie's male friends assume the two are dating, or at least engaging in a bit of friends-with-benefits nookie. And as the line between friendship and flirt-buddies begins to grow ever fuzzier, and the two share not just quips but vulnerabilities, Marie finds herself wavering between squashing all fantasies about a long-term relationship with cagey Matt and throwing her body, if not her heart, directly into his sexy path.

Only after Marie begins to realize that she might just be using Matt as a crutch, and announces that "maybe there's such a thing as sharing too much . . . between friends" can she and Matt begin to stop dancing around the truth of what their relationship has become, rather than what they assumed it would be. A Companion AI, Reid's book suggests, might be the perfect solution for many people—the bereaved and grieving; the deeply lonely; children in foster care; and a long list of others. But as for Matt and Marie, they've already found the perfect companions—one another. 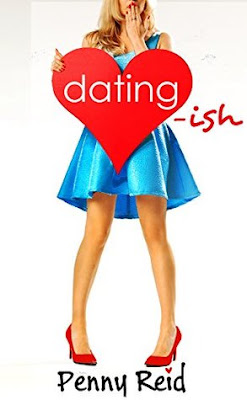 Penny Reid
Dating-ish
Knitting in the City #6
Caped Publishing, 2017
Posted by Jackie C. Horne at 9:00 AM