"So hood but such a brainiac": Aya de León's THE BOSS

Given current trends in the romance market, you'd probably expect a novel with the title The Boss to feature a hunky guy in a suit on its cover. Or a tie and a pair of cufflinks. Both of which would belong to a decidedly rich, decidedly white male. Aya de León turns the table on such expectations by placing a sexy black woman on the cover of the second title in her "Justice Hustlers" series. And by making her, not any man, the boss in question.

de Léon's book, which is one third romance, one third heist caper, and one third Norma Rae for sex workers, turns the tables on a lot of other romance expectations, too. It does so by calling into question the boundaries between the morally good and the bad, the rich and the poor, the white and those of color. Its protagonist, Tyesha Couvillier, grew up in Chicago's South Side, in a neighborhood that was 95% black. As a "broke, hot girl," Tyesha's choices as a teen seemed pretty limited:

You could date young Mr. Broke But Sincere. End up with three or four kids—because when you get pregnant, you wanna keep it since you so in love—and you end up being broke along with him. Meanwhile, you don't get to go to college, so you work at some dead-end job all your life and raise your kids. Maybe you save up to go on a cruise once a year. Or you do like my older sister. You hook up with a drug dealer, and you have money, but he's always the boss. (1250)

Tyesha knew that neither of those routes were for her. Instead, she leveraged her assets (her looks, her body) in order to become her own boss:

I learned you could date brothers with money, but not get all wifed up. Just hook up and let them do something for you. Your hair, your nails, your clothes. Get you a job interview, a scholarship. Something. That's how you get out of the hood and end up in New York getting your master's. (1256)
The social norms of white middle class romance dictate that money and love should be separate, in part to make women accept as "natural" the ways that their work (the "love" work of keeping a home and a family) is not financially compensated. But Tyesha doesn't buy into the myth; she sees how sex and romance are inextricably tied to economics, and uses what she has to bargain with in economic exchange. As her niece reminds her, "You always told me that it was okay to date a guy who could move your life forward in some way" (538). From dating for favors to being a Sugar Baby to being a paid "escort," Tyesha becomes involved in sex work to pay for her own higher education. Only once she has leveled the financial playing field can she, rather than some man, be her own "boss."

Tyesha has a foot in several different, seemingly opposed, cultures; as one stockbroker date admiringly says, "That's what I like about you, Tyesha. You can use 'fuck' in two different ways in an analogy about socially responsible investing. You're so hood but you're also such a brainiac" (268). Rather than setting higher education and sex work in opposition, de León insists that a woman like Tyesha can exist in both realms. And perhaps that the realms themselves aren't as separate as we like to believe them. And while feminism in the past may have primarily served the needs of white middle class women, its principles can just as beneficially be applied to the lives of women of color of all classes. 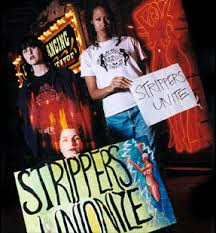 As an adult, Tyesha moved to New York, earned her Master's degree at Columbia, then worked her way up to the directorship of the women's clinic. As part of that job, she becomes involved in a strike by strip club workers, a storyline which allows de León to advocate both for the rights of sex workers, presenting many of the current unfair labor practices which they are currently subject to, and for the view that sex work between consenting adults should be decriminalized. And it also leads to some not quite legal theivery, stealing from the bad guys in service of the oppressed (in keeping with the ambiguity of the series' title, "Justice Hustlers").

Tyesha's romantic life calls into question a lot of conventional boundaries, too. Before the opening of the book, she had been on several dates with rap star Thug Woofer. Tyesha knew his songs were pretty misogynistic, but she "thought you could treat other women like shit in public but still be good to me. Because I was special or something. But it didn't work that way" (1304). So when Woof's behavior abruptly shifted from politeness to an assumption that of course they will be having sex ("Like it was my duty to have sex with you because I was a sex worker" [1300]), Tyesha kicks him to the curb.

She's hooked up with some handsome "bougie" guys via Tindr since then, but none of them quite do it for her in the way she wants. And now, Woof's come out with a new album—"Melvyn: The Real Me"—which shows a softer, less misogynistic side to the rapper. And he's hoping that his "big gesture" might lead Tyesha to give him a third chance.


Woof's change of heart isn't just some "bullshit good behavior" (1332); he's really has made some major changes in his own life. At the insistence of his record company, he's been through counseling for anger management; by his own choice, he's continued to see a therapist, where he's been learning about how black men are socialized to express anger to cover up their fear and shame. And he's taken the "Rapper Respect Pledge," something which the text doesn't explain but which I'm assuming has to do with respecting women rather than degrading them, in both life and in the music rappers create and perform. While it is romance novels' central promise that the bad boy is really a good boy at heart —"Underneath every hard-shell rapper is a guy who needs love"(591), as Woof tells Ellen DeGeneres during a television interview promoting his new album—Woof's change isn't just a hollow one, as his subsequent behavior to Tyesha goes on to prove.

Tyesha tells Woof that she'll only date him if "you really respect me." And that "you have respect for women in general. I can't really fuck with you if you're still making music like your early stuff" (1301). She's learned that there is no real line between "his" woman and women in general; how he treats other women will inevitably influence the way he treats her.

Woof manages to convince her to give him one more chance, and the two begin dating again. But sexism isn't all that easy to rid oneself of, even if one has the best of intentions. And tough Tyesha is more than ready to cut Woof loose if he makes even one misstep . . .

Equal parts entertaining and thought-provoking, The Boss is definitely one for the keeper shelves of any feminist-minded romance reader. 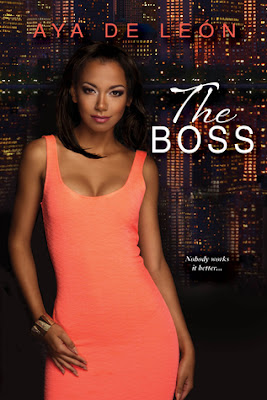