Loving Your Company, Not in Love with You: Kilby Blades' SNAPDRAGON

But the meeting between Darby Christensen 32, a high-powered psychiatrist and research psychopharmacologist, and thirty-one year-old Michael Blaine, an equally career-focused architect, doesn't resemble the usual rom-com meet cute. As the lone unmarried woman among her group of female friends, Darby may be used to the husband and baby talk, but it hardly makes her feel part of the crowd during the reception for the latest one in their group to marry. Especially when her friends' eyes start to glaze over when she tries to talk about what's most important to her: her job. Most of her friends have given up promising careers in favor of being wives and mothers, and spend more time talking about breastfeeding and diapers than they do about pay scales or awful bosses. Darby has no desire to be either a wife or a mother, and when the conversation turns to whether Daniel Tiger or Peppa Pig is better at teaching kids about sibling rivalry, she's so out of there. 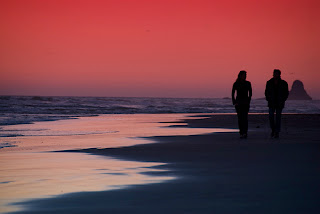 On the beach near the hotel where the wedding reception is being held, she runs in to a blue-eyed, dark-skinned handsome stranger, a fellow wedding guest. Michael Blaine, it turns out, is the friend of today's groom, who also happens to be one of Darby's oldest friends. The two escape the "when are you going to find a girl/guy" pressure cooker of the reception by taking a walk together, a walk which includes neither the usual banal chitchat of the newly-met, nor a contrived rom-com excuse to fall into bed together, but instead some open, honest discussion about their friend, their own sexual pasts, and their mutual seventy-hour work weeks, which has made successful dating pretty much impossible. Neither has the time nor the energy to devote to romancing a potential romantic connection, although each is deeply lonely for companionship. As as Michael explains:

"The truth is, I like you. I think you're the kind of girl I'd like to have dinner with and take to social functions. I think we'd  have more good conversation, some fun times, and sizzling hot sex.... But I don't need to start something with you to know how it'll end. Experience has taught me that women are biologically incapable of having unattached relationships. Since I'm too busy for the kind of commitment they want, I go without. I'd rather do that than lead them on." (Kindle Loc 260)

Darby's response challenges both Michael's assumptions and the sexism that underlies them:

"But your broad categorization of women is short-sighted." And borderline sexist. She bit her tongue again. "If you think there aren't plenty of single women who want to stay that way, you are mistaken. My parents' marriage was a disaster, and the idea of emulating that repulses me. Despite all you've heard about biological clocks and maternal instincts, not all women have them. I have a career I love that has me working just as many hours as you do, probably more. The last thing I need is to come home after a hard day to somebody who is biologically incapable of not needing his ego stroked" (267)

Finding someone who is willing to be a companion, a friend, and a sex partner, but who won't be disappointed that he or she isn't the center of a partner's attention—that is the challenge for high-powered career-focused professionals such as Darby and Michael. Michael describes his ideal:

"I want a woman who doesn't confuse me loving her company with me being in love with her. She has to know that whatever we have today may not be there tomorrow, not because I'm heartless or distant or incapable of intimacy—but because right now, I choose my career, and my love isn't in play—only my companionship." (298)

Michael knows that he's going to be promoted to partner some day, a promotion that will likely lead to a transfer far away from the Chicago they both call home. And he has no desire to leave a broken-hearted girlfriend behind. His job must come first, before a girlfriend, before a relationship, before family. Before everything.

A sentiment with which Darby, estranged from her senator-father and equally committed to her patients and her research, entirely agrees. And thus the two find themselves spending the night in bed, not for a one-night-stand, but as an interview of sorts, an interview for the role of mutual part-time sexual partner, dinner companion, and person to hang with in the all-too-rare free hours between work commitments.

"You're hired" is all Darby writes on the note she leaves behind before she takes off the next morning for her scheduled flight back to Chicago. The only terms the two negotiate before they begin their unusual arrangment is that 1. their jobs come first, and 2. when their relationship ends, it will end without drama:

"We promise each other that when it ends, it ends in a single word—whether that be tonight or a year from now. No awkward confrontation. No messy breakup talk. That's the shitty part anyway, right? We agree to keep it fun and simple. And, when it stops being fun, or stops being simple, it's over."

The relationship that develops between Michael and Darby in the months that follow their arrangement proves far from superficial. The two share dinners, attend charity events together, and spend hours and hours in bed having amazingly intense sex. And they also do a lot of talking. About their jobs, about their career goals, about their large and small triumphs. And when they have shitty days at the office, they begin to talk about those, too, which in turn leads to far more personal conversations—about their difficult childhoods, their current privileged lifestyles, the good they want to do in the world. And Michael gradually begins to treat Darby more as a beloved partner than as a casual friend. 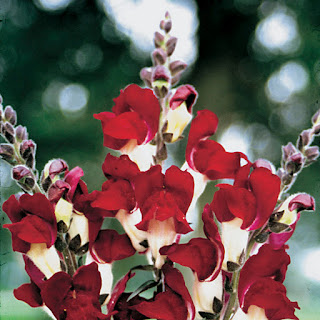 But when a colleague's inadvertent comment shows Darby that there's a lot more to Michael than he ever lets her see, Darby's thrown for a major loop. Because "when it came to Darby, Michael knew everything" (3018), but "she only knew parts of Michael, the parts of him he wanted her to see. That the parts of him he wanted her to see were narrower than she'd believed. That there was too much she didn't know about the man who, for all intents and purposes, she was dating" (3013). Should Darby be the first to say "Snapdragon"? Or might Michael be preparing to say it himself?

The arc of most romance novels centered around the "we're not really having a real relationship" trope usually focuses on one or both partners learning to overcome a fear of commitment. Unlike those novels, Blades' romance directly challenges the underlying assumption that not wanting a long-term partner or a child is a psychological problem you'll naturally overcoming when you meet the right person, but might instead be the valid choice of a mature adult.

But also that one's choices, one's priorities, have a funny way of shifting over time . . . 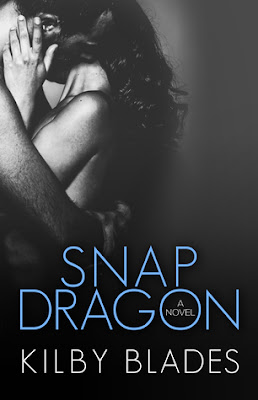