With the opening ceremonies of the 2018 Winter Olympics taking place today, a post on Olympic-set romances seems more than in order. Luckily, many romance authors have penned and published love stories set against the backdrop of fictionalized winter sports competitions in celebration, several with clearly feminist themes.

Spangler's Edge of Glory features two athletes who belong to the same athletic association—the USSA (United States Ski & Snowboard)—but who have very little else in common. After a long and successful career in the upcoming sport of snowboard cross, thirty-year-old Corey LaCroix is spending as much time fending off questions about retirement as she is training for the upcoming Olympics. The sport's become far more regimented, far less free-spirited than it was when she she was a carefree 18-year-old winning her first gold medal, and she's wondering whether her own freewheeling days of hearty partying and sleeping with any woman eager to fall into her bed are—or should be—behind her, too.

Like the sport she loves, Corey has a reputation for being laid back and rule wary. A happy likable jokester, Corey's always been able to charm anyone who crossed her path. But she has her work cut out for her when twenty-five year-old Elise Brandeis, Ice Princess of the ski slopes, arrives to train at the "Lake Henry" New York Olympic training center the summer before the next winter games. Spending a year off the slopes after a knee-tearing crash has Elise chomping at the bit, ready to begin serious training again. And she's determined nothing—especially not a cocky, undisciplined, court-jester of a woman like Corey LaCroix—will distract her from making the Olympic team. 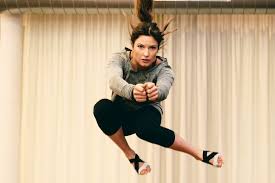 Spangler crafts a slow-to-develop romance, as these two opposites gradually become friends before they test the waters of sexual compatibility. Although lines like these—"Elise's droll comments probably put a lot of people off, but [Corey] didn't mind having her chops busted by beautiful women. She preferred sass to sycophants any day" (Kindle Loc 1324)—made this reader more than willing to hang in there and watch the sparks fan into flame.

Spangler's true gift as a writer is her strong, nuanced character development, creating both primary and secondary characters that move far beyond the feel-good human interest bio stories we get during the typical television Olympic broadcasts. Though it's obvious from the story's start that wound-too-tight Elise could benefit from a bit of Corey's sheer joy in life, friendship, and competition, it never makes Corey the key to Elise's salvation; instead, Elise learns from her coach, from an upcoming snowboarder, and Corey's sister and trainer, as well as Elise, that being a world-class competitor does not mean you can't have any friends, and that joy, not anger, is what sustains a person through the long haul of a bid for the Olympics.

Corey's self-explorations are more bittersweet. Always one to live in the moment, she finds it nearly impossible to even consider what her life might be like if she's no longer is able to—or has the desire to—compete, never mind make plans for that inevitability. After a career built on risk-taking, can Corey really give it all up? And if she does, what will she have left?

Can two highly competitive women at two very different places in their athletic careers, forge a relationship that lasts beyond the highs (and lows) of the Winter Games?

In contrast to Spangler's long contemporary Olympic romance, Tamsen Parker has penned not two, not three, but five short Olympic-set romances. The length of these Snow & Ice Games books is far shorter than most of the romances Parker has written in the past, which makes for a sometimes frustrating experience for readers familiar with the fully-developed plots and characters of her earlier work. But publishing a series of books that feature not just heterosexual couples, or just gay couples, or just lesbian couples, as market forces typically demand, but one in which, as in real life, all three types of couples play leading roles, is well worth celebrating, even if one might wish to spend more time luxuriating in each couple's story.

For me, this week's installment of Parker's "Snow and Ice Games" was On the Edge of Scandal, the third book in the series. It's one of the three hetero romances of the group, featuring a woman hockey player who is growing increasingly frustrated with the obnoxious behavior of her long-time boyfriend. Brody's come to the Games to support college senior Bronwyn, even though he didn't make the men's hockey team as he had hoped to. Which Bron knows is "super sweet. It was. What's less sweet is that I feel like he wants me to hand him a goddamn cookie for it every time I see him" (Kindle Loc 45). Brody spends his time mouthing off in the stands ("She's not bad for a girl, right?"), calling Bron "Winnie" (a nickname she hates), and getting pissy and demanding when he's not allowed in the Olympic Village to sleep in Bron's bed. 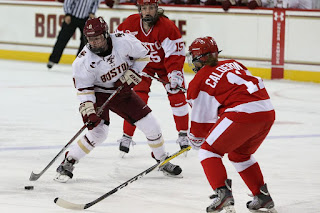 All of which drives Bronwyn's Olympic coach, twenty seven-year-old Asher Levenson, to teeth-gnashing. Especially because he's been fighting off a stupid crush on Bron for the past two years. During the regular season Bron may play for BC, not for the BU team he coaches, but even crushing on a competitor is a no-no. Never mind on a player he's in the middle of coaching.

Ash, unlike privileged, attention-hound Brody, understand that Bron has to make her own decisions, even if one of those decisions is putting up with a romantic partner who doesn't grant her half the respect he knows she deserves. And so he doesn't interfere, even when Brody pulls him into a pissing match over Bron.

But when Brody's small slights and minor betrayals transform into one major, and very public, mistake, Ash is hardly crying in his coffee when Bron finally gives Brody the heave-ho he deserves.

But dumping a guy you've been with for eight years leaves a big hole a person's life, a hole that only grows larger as the tension of the SIG games increases. Ash promises to give Bron whatever she needs in order to get through this difficult time, and keep her, and the team, on track for the gold. How can Bron confide that her go-to form of stress relief has always been human contact?

Parker does fabulous work in the first third of the novel showing how a smart, competitive young woman can convince herself (or be trained by gender expectations to accept) that a boyfriend's sexist treatment is just par for the course: "If I were the bitchy and vindictive type, I could point out that while they may not be bruisers like he is, the people on those buses actually made their SIG teams, so maybe he should shut up. But I'll be good, be nice" (323). I especially cheered after reading this line, one of the few times in a romance novel where the word "feminism" isn't used as a straw-man whip to chastise the behavior of a romantically-inclined woman: "His sexist ranting pisses me off, but I don't have time to lecture him on feminism. Again" (140).

The latter parts of the story are more complicated, featuring as it does a growing romantic and sexual attachment between a player and a coach. Many a reader (and many a feminist) might find such a relationship problematic. Parker, however, takes the stance that while such rules may be be designed to protect girls, they can also function to infantilize adult women, policing their sexual choices in a way that is equally beholden to patriarchal norms. As Bronwyn tells Ash after he apologizes for "taking advantage of her" during a mutually-instigated kiss:

"You know, I'm really fucking tired of dudes telling me what I should do. I don't mind it on the ice, because you know what you're talking about and I trust you out there, but in here? Do you really think I'd be here if I didn't want to be? Do you think I would be lying in a bed with you if I felt like you were manipulating me? I don't. If anything, I feel bad because you're probably feeling guilty for betraying your professional moral code." (1367)

I'm really interested to hear other readers' thoughts on the way Bronwyn and Ash's romance plays out, in public and in private. And responses to the other books in Parker's series, which may not be as overtly feminist as On the Edge of Scandal, but which are just as deliciously readable.

What are your favorite Olympic-set romances? 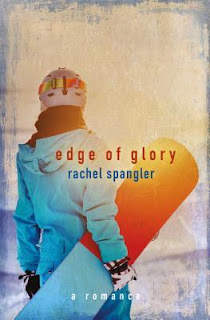 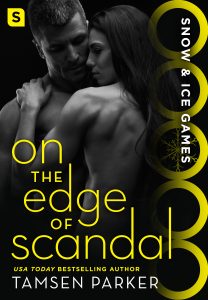