In the Aftermath of Manipulative Men: Lucy Parker's MAKING UP and Molly O'Keefe's THE TYCOON

When my alarm went off this morning, it tore me from the midst of a very unpleasant dream. My spouse and I had bought half of a two-family house, but it turned out that we didn't in fact actually own the house; we'd only paid for the right to live there, something my spouse knew about but never told me. Thinking I'd just protest, and knowing in his own mind that it was "for my own good," he decided to manipulate me by keeping the relevant information hidden from me. I was so very, very angry in that dream, even though a part of my brain knew my spouse would never ever do such a thing to me.

Can you guess what romance novel I was reading the night before I had this dream?

Why was I reading the third installment of E. L. James' BDSM/romance series? Because next week, I'll be taking part in a Facebook Live event next week at the Boston Public Library, a discussion with radio host Cassie Crossley and Harvard literature professor Susan Weaver Schopf about the changing face of romance from the 19th to the 21st century. The books we'll be talking about all appear on PBS's The Great American Read's "100 most-beloved books" list, which includes James' 50 Shades books.

Two recent books by RNFF favorites inspired this post: Lucy Parker's Making Up, the third book in her London Celebrities series; and Molly O'Keefe's The Tycoon, the first book in a multi-author series about the siblings of a wealthy, dysfunctional Texas family. Both authors take markedly different approaches to the manipulative lover/hero figure than does James, approaches that ask romance readers to question the genre's longstanding embrace of the hero who lies or misleads a heroine, purportedly because he loves her and thinks its for her "own good."

Parker's approach is to recast the manipulative male lover as villain rather than hero. In Pretty Face, the previous book in The London Celebrities series, secondary character Trix was in the midst of a bad romance, one in which she hadn't yet realized she was being majorly gaslighted by Dan, her seemingly charming boyfriend. Towards the end of that book, Trix finally recognized that Dan was manipulative and verbally abusive, and told him where to get off, a major moment of female empowerment.

But now, as the heroine of her own story, pink-haired white Brit Trix is recognizing that a single moment of empowerment does not an empowered woman make. "Telling him exactly what she thought of him had been cathartic, and closed the chapter of him being physically present in her life," Trix thinks to herself (Kindle Loc 578). But despite kicking Dan to the curb more than a year ago, Trix doesn't "just spring back to being the person she'd been before, as if he'd been a temporary blip" (578). Her sense of herself, and her confidence in her own judgment, has taken a major beating, as she tells best friend Lily:

"It's about me, and the fact I could ever have thought I was in love with someone like that in the first place." She'd let him strip so much away before she'd realised what he was doing. Weak. It made her feel weak, even thinking about it. And she'd never, ever thought that about herself before him.She'd never seen herself that way. (591)

Trix, who has always loved performing, finds herself struggling to take on a new role in her show,  a role that she'd once coveted. And having another man from her past, one who dealt her a less damaging but still painful blow to her amor propre while she was in high school, abruptly join the show, isn't helping matters in the least. Or is it?

As a fellow worker in the London theater scene, black Brit makeup artist Leo Magasiva keeps making "a surprise appearance every ten pages or so in the picture book" of Trix's life (212). Sprite-like Trix revels in dishing out the snappy insults and quick comebacks to the "mountain of a man" that is Leo. But even as their bickering shifts from anger to attraction, Trix's wariness and self-doubt make it difficult for her to believe in her own abilities on the stage—or her judgment off it.

Parker makes it clear that recovering from a relationship with a selfish manipulator takes more than just insight and a cathartic rejection scene. It even takes more than having a friend tell you hundreds of times that it's not your fault (as Trix recognizes, it's "easier to listen to them than it was to believe them" [588]). Recovering from a manipulative lover takes days, months, even years, rebuilding new trust in one's own abilities and especially in one's ability to judge others. 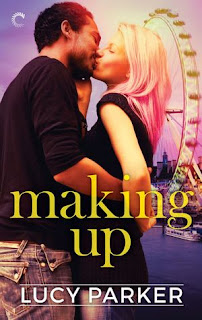 Where Parker makes the manipulative male lover the villain, O'Keefe tries a sneakier tactic to call the Christian Grey-type hero into question. Appealing directly to readers who typically go for the alphahole hero, she packages her novel as a story that appears to celebrate him. But throughout her bad-boy-redemption romance are subtle hints about how problematic it is that women in general, and her heroine in particular, are encouraged to leave themselves in the hands of a "loving" man. And although she gives her bad-boy hero a reason for why he acts as manipulatively as he does, O'Keefe never suggests that his manipulative behavior is acceptable, nor does she force her heroine to compromise her own sense of self in order to appease her manipulative lover.

The ad copy for The Tycoon makes it sound as if it will play out like a typical dark romance, with a disempowered white woman at the mercy of an obsessed, manipulative bastard of a brooding (also white) hero:

Five years ago, Clayton Rorick loved me. Or so I thought. Turned out he only wanted to get his hands on my daddy's company, Heartbroken, I ran away with nothing but the clothes on my back. Like a twisted Cinderella. When my father dies, leaving my sisters in a desperate situation, it's up to me to help them. I'll have to beg the man who broke my heart to save us. But Clayton hasn't forgotten me and what he wants in exchange for his help is. . . my body, my heart and my soul.

With such expectations in place, it's a bit of a shock to read the opening lines of Veronica King's story:

No one had ever told me about orgasms.
Like, I had a sense, from movies or whatever. But no one ever gave me the complete picture. How they were tricky. How you had to be patient and vulnerable. Naked in a lot of ways—more than just, you know, actually naked. No one told me that they were a little frightening, that feeling of chugging up the incline of a roller coaster. Of something powerful and scary being just over the edge of a cliff.
Really, what no one told me was how freaking consuming they were. . . .
All I could think about was sex (41)

It's twenty-two-year-old Veronica King's innocence about sex—about its power, its pleasure, its orgasms—that leads her to accept the proposal of an employee of her father's, a man who has spent more time giving her orgasms (8 to be exact) than telling her anything about himself. And it is this innocence that leads to Veronica's disillusion when she overhears her fiancé Clayton and her father arguing over just what payment Clayton will be receiving in exchange for taking Veronica off Mr. King's hands.

Fast forward five years later, and Veronica isn't just pining away for a manipulative lover lost. She's taken his engagement gift, an expensive diamond, and hocked it to support herself and to help her start a business with a distinctly empowering goal. As she explains to the reader:


Tired of feeling like "women were lambs to the slaughter in so many ways," Veronica has opened a business focusing on helping women learn to manage their own financial lives: Her Safety Net Accounting and Investments. Veronica herself is in fine financial shape; discovering that her heel of a father has disinherited all of his daughters in favor of her one-time fiancé is annoying, but not crippling, either emotionally or monetarily. O'Keefe even has Veronica reject the typical romance novel jerk-hero redemption move, yelling at Clayton after he forces a man who had been coming on to her at her father's funeral from the premises:

"You do't get to do this, Clayton," I said.
"I just want to be sure you're okay."
"No! You don't get to be the hero. You can kick out all the jerks and look as concerned as you can force yourself to look, and you're still not the hero." (701)


In a more conventional dark romance, the heroine would be forced into an abject position, desperately needing the very man who earlier betrayed her: as the ad copy says, "When my father dies, leaving my sisters in a desperate situation, it's up to me to help them. I'll have to beg the man who broke my heart to save us." But Veronica doesn't need saving, and she certainly doesn't beg. And Clayton doesn't force her or demand that she do anything. He offers; she negotiates; and to Veronica's surprise, he compromises: "I'd expected him to be bossy and cruel and demanding. Not... giving. Reasonable. Or fair" (1416). O'Keefe here points to what every woman should demand from a spouse: reasonableness, fairness, compromising. To not lie. To be willing to compromise. And to apologize when you make a mistake, and hurt the other. Not a cardboard hero, to protect and rescue, but a life partner.

And then O'Keefe suddenly switches point of view, allowing us inside Clayton's mind, showing us the details of his life that he kept from Veronica during their engagement. Showing the reader that he, too, has been a victim in many ways. The bad boy hero typically has a tortured background, a background that often serves as an excuse for past and present arrogant, controlling behavior.

But O'Keefe doesn't allow the hurts inflicted on Clayton to excuse his hurt he inflicted on Veronica. Clayton chose not to stand up against Veronica's father; he chose to lie to her while he was courting her. And now he has to accept his own central role in pulling their relationship apart, and apologize for it, if they are to start over again. The villain of the piece becomes not a hero, not a savior, but instead a flawed human being: "Clayton isn't a bad guy. He's just bad at being good. I don't think anyone ever showed him how" (2963).

Readers drawn to The Tycoon expecting the thrill of a manipulative, controlling hero brought to his knees by his love for a seemingly abject woman will find quite a different model in the second-chance relationship that Veronica and Clayton create. A model less about the thrill of submitting to a controlling lover, or making that controlling lover ultimately submit to you, and more about a feminist vision of a mutually respectful, and mutually beneficial relationship. With, of course, lots of hot sex in the bargain.

I'll be curious to see if future books in this series, written by other authors, will follow more conventional bad-boy romance tropes, or will provide the same feminist bait-and-switch that O'Keefe does in The Tycoon. 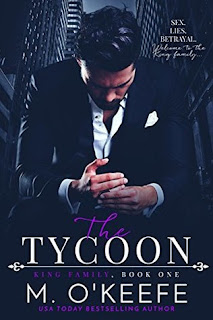