Navigating the Line Between Stalking and Devotion: Katie Ruggle's HOLD YOUR BREATH and CD Reiss's BODYGUARD

I've never been much of a fan of romantic suspense, especially those stories that feature a villain who stalks the a female heterosexual heroine. They often seem to ask a reader to share in the feeling of said protagonist, the feeling of fear and terror that knowing that there is someone out there, usually a male someone, who has crossed to the wrong side of the line between selfless devotion and dangerous obsession. For some readers, being invited to share such feelings proves cathartic, because by the end of a work of each romantic suspense novel, the love interest who is dangerously, often violently obsessed is always banished or defeated, dis/replaced by a love interest who understands what it really means to love, honor, and protect his heroine. But for me, there is no thrill in the fear; being invited to share in someone else's fears when my own are already sometimes too strong to stomach is not something to which I'm inclined to issue a "yes" RSVP.

Which is why I was surprised to find myself enjoying two recent works of romantic suspense, one that takes the conventional formula and pushes it to the edge of its feminist possibilities, another which shifts the focus away from the more traditional formula to think more deliberately about just where the line is between stalking and devotion. 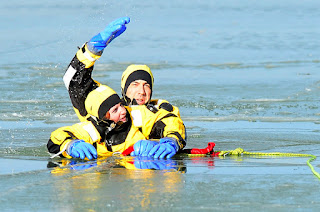 Katie Ruggle's Hold Your Breath (the first book in her Search and Rescue) series, is told mostly from the point of view of twenty-six-year-old Lou (Louise) Sparks, who has recently relocated from the comfort of her white privileged New England upbringing for a life in the Rockies. Though she pays the bills for her small cabin by working as a barista in the local coffee shop, Lou has decided to put her expensive diving lessons to good use by joining the local volunteer rescue ice diving team. Current-day Lou is a quick-talking ball of fire, messy and impulsive, who immediately catches the attention of her polar opposite, strong and silent Nordic-looking Callum Cook, the head of the diving squad. Methodical and controlled, Callum also has the typical alpha hero's protective streak, and quietly but immediately beings to help Lou when it looks like she's being stalked by her ex.

Lou both resents and appreciates said protectiveness. She resents it, because her goal in moving away from home and family was to reinvent herself as a stronger, more self-sufficient woman, and Callum's insistence on helping not only plays into sexist stereotypes ("I am fully stocked with tools, despite being in possession of a vagina" Lou wisecracks [116]), but makes her feel far too tempted to just "dump everything" in Callum's lap, "and lie on a fainting couch while you fan me with palm fronds and feed me grapes" (251). Lou doesn't want "to go back to that helpless, weak person I was before," back when she did whatever her parents, and her controlling boyfriend, ask/demanded her to do (251). But the book's message is that everyone, not just women, need to rely on others, even in the self-sufficient wilds of the Colorado Rockies. As Callum explains, "It's okay to have help. When we go on dive-team calls, we are never alone. We're stronger together, safer together" (252).

Ruggle still relies on putting her heroine in danger, over and over again—slashed tires, dive safety line cut, house set on fire, and body attacked directly, not just once but twice, by Mr. Stalker. And while we aren't privy to Callum's inner thoughts or feelings, we are given the occasional glimpse inside the mind of Lou's stalker. While I understand that this is a standard move in the romantic suspense formula, used to simultaneously heighten suspense by give the reader advanced notice that something really bad is about to happen, and also to reassure the reader, by giving her more knowledge that the protagonists don't yet have, I always end up feeling squicky when I have to read those scenes, because they force me to identify even for a few moments with a villain who hates the female heroine in large part because of her gender.

Though Callum helps Lou escape several times from the dangers of her stalker throughout the course of the novel, he also states quite directly that he doesn't admire Lou because he thinks she's weak and thereby makes him feel strong by comparison. Quite the opposite: "You are smart, and you might not know how to do something, but you figure it out. You're tough and brave, and I respect you" (282). And Ruggle constructs the final confrontation not one in which Callum rescues Lou, but one in which she rescues him, and herself. An event which allows her to accept the book's overall message that it is not weak to rely on others:

"In the hospital I had a lot of time to think, and I realized that loving you doesn't make me weaker. To save you, I dove into a frozen reservoir, killed a guy, and almost died."
He flinched, and she gave him an apologetic grimace. "Loving you actually made me into a kind of badass." (366)

It's about as feminist as you can expect a romantic suspense novel to be if it still also hews to the key tropes of the formula. So if you don't mind the parts of RS that squick me out, you might want to give Ruggle's book a try.

If you're looking for something that interrogates the romantic suspense formula, rather than pushes its boundaries, then CD Reiss's Bodyguard might be more up your alley. The second book in her Hollywood A-List series, Bodyguard features the classic trope of a heroine in danger and the bodyguard hired to protect her falling for one another. But the basic set-up is just about all that is familiar here in Reiss' unconventional imagining of the classic trope. 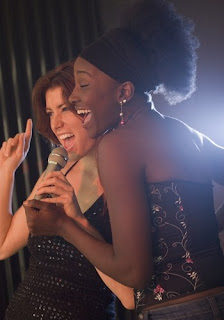 In fact, Carter Kincaid isn't choreographer Emily Barrett's bodyguard at all, at least not at the start of the novel. He's been hired to join the security team for Emily's best friend, pop singing sensation Darlene McKenna. Even though they came from quite different socioeconomic backgrounds, white Emily and black Darlene bonded over gymnastics camp, then over dancing and singing, and left Chicago together as high school grads to chase their dreams of fame in LA. But once there, the two women's dreams took off in opposite directions: Darlene's towards stardom, Emily's to obscurity due to a bum knee and a boyfriend who disliked sharing his woman with the spotlight. Darlene had enough experience with abusive relationships to recognize that Vince was not a good influence on Emily, it wasn't until Vince moved from verbal to physical abuse that Emily was able to listen to her friend's advice and dump him. Darlene proves a staunch friend, not only helping Emily gain a restraining order against Vince, but also hiring her to choreograph her shows and videos.

All this has happened before the start of the novel. The trouble now is that the restraining order against Vince is about to expire, and Darlene is convinced that he'll be back. In real life, breaking free from one's stalker isn't just a matter of physical confrontation; there's the law, the legal system, and the prejudices of individual judges who administer them to deal with, too. As Emily explains to Carter when he observes that a one-year restraining order is pretty mild,

"The judge was unusually hostile to women. Said Vince only hit me once so he'd probably forget about me in a week. No need to inconvenience him further... And he insinuated I was going back to him anyways. Judge Croner, and I'll never forget his name, didn't want to 'remove incentive for Ms. Barrett to work on the relationship as opposed to lean on the courts when things get rough.' Which was another way of saying I was crazy enough to deserve it."

And so Darlene ups her security by adding Carter (who is presumably white) to her team. And after Emily is the victim of a not-so-funny anonymous prank, one that no one on the team prevented, Carter is given the specific assignment of watching out for Emily.

Which, interestingly, turns out to be only a temporary gig, as both Carter and Emily find themselves physically drawn to each other. Carter does the "I shouldn't/I must/I shouldn't dance for a few chapters, but fairly early on in the book asks to be reassigned, knowing that his growing feelings for Emily will only get in the way if he is assigned to protect her. In most bodyguard/target love stories, the two sides of the pair are forced to remain together throughout, the threats (and attempts to implement said threats) to one used to heighten the romantic feelings of each for the other. But in Carter's case, there is no need for such external heightening; his feelings for Emily skyrocket in intensity all on their own. And we know this because the narrative is a dual viewpoint one: we get inside both Emily's head and Carter's (but not, significantly, inside Vince's):

"I didn't have any control around Emily. I knew plenty of beautiful women and plenty of smart ones. She had real talent, but in Hollywood, talent is cheap. My reaction to her came from the gut. My body overrode my common sense. I had to have her. I'd never been addicted to anything, so I was unprepared for what an addiction did to a guy. I didn't know if I liked it, but I knew I couldn't do anything about it. Like an addict, I felt powerless in the face of my addiction" (112)

Romantic? Or stalkerish? If one didn't know any better, the intensity of the above might suggest that these are the thoughts of Emily's ex, Vince, rather than Carter, her supposedly more sane new love interest. Even Carter himself realizes this, and asks himself, "Where was the line between stalking and devotion? When could a woman be convinced? How could I show her I wanted her without scaring her?" (170). Given that Carter's family is also haunted by the aftereffects of obsession gone frighteningly awry, it's not a question that he, or the narrative, takes lightly. 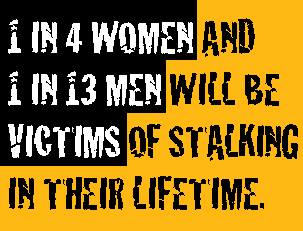 And thus Reiss's romance is not about Carter's strength in the face of Emily's weakness, or Emily's endangerment. Or the push-pull thrill of protagonists in repeated danger. It is instead about the need for privacy and trust, the damage done when privacy and trust are violently violated, and how far one can and should go to protect oneself, and the people one loves, in the face of such violation.

I like the conclusion that Reiss comes to (in Emily words): "Nothing was guaranteed. Life wasn't sure, protected, or secure. But [Carter] made love feel as if it wasn't a risk. Love was the good part. The joy. The reason. Love was the one thing worth protecting." (316) 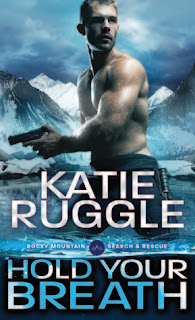 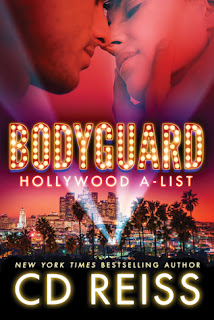