Several of the workshops featured at this past weekend's "Let Your Imagination Take Flight" conference, hosted by my home chapter of Romance Writers of America, focused on "getting unstuck" and fighting writers' block. And I shared many conversations with fellow writers talking about the feeling that something is missing when we sit down to write these days, suggesting that this is an issue for many American romance authors at this particular point in history. Several colleagues pointed not to the prevalence of unpleasant weather currently plaguing America's northeast, but instead to the country's current political situation as the most likely reason why they are experiencing stress, lack of inspiration, and just plain burnout at the thought of writing about happily ever afters. It can be hard to imagine a more progressive future when you feel mired in an ever-expanding swamp of lies, constantly having to justify and defend the values, and the people, you hold dear. 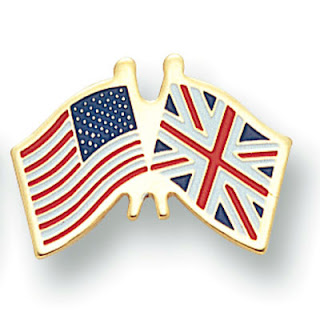 Which was why it was such a joy to sit down post-conference and read Casey McQuiston's joyful but politically pointed romance comedy debut, Red, White, & Royal Blue. McQuiston originally came up with the hook-y premise for this book—the son of the American president falls for the youngest of England's royal princes—in early 2016, before the surprise of that fall's Presidential election. After said election, McQuiston herself felt blocked: "Suddenly what was supposed to be a tongue-in-cheek parallel universe needed to be escapist, trauma-soothing, alternate-but-realistic reality. Not a perfect world—one still believably fucked up, just a little better, a little more optimistic. I wasn't sure I was up to the task" (Acknowledgements).

I for one am amazingly grateful that McQuiston managed not to give up on this story. For rather than reading as a "tongue-in-cheek parallel universe," the love story of presidential son Alex Claremont-Diaz and Prince Henry of Wales served for me as a glorious vision of a more hopeful, progressive, and utterly achievable political future.

What does said future look like? It looks like a country willing to elect not only a female President, but a female amicably divorced from her first husband and happily married to her second. It looks like a country with two biracial first children (Mexican-American senator father, white President mother), who, with the "vaguely bisexual" granddaughter of the Vice President, serve as the country's most talked-about, and admired, twenty-somethings. It looks like a world in which the younger generation, comfortable both working and socializing in a multiracial, international, global world, serves as a model for their more cautious elders.

It also happens to look a lot like a classic enemies-to-lovers romance.

Staffers new to the White House are informed early on of three important things about FSOTUS Alex Claremont-Diaz: he lives at the White House, even though he's still in college (Georgetown is so close!); he often calls for coffee in the middle of the night while working on his college essays or his mother's reelection strategy; and he has a long-standing grudge against the youngest of Britain's royal princes.

A few years older than Alex, Prince Henry has always struck Alex as a dull stick-in-the-mud, undeserving of all the adulation and attention focused on him:

The tabloids—the world—decided to cast Alex as the American equivalent of Prince Henry from day one, since the White House Trio is the closest thing America has to royalty. It has never seemed fair. Alex's image is all charisma and genius and smirking wit, thoughtful interviews and the cover of GQ at eighteen; Henry's is placid smiles and gentle chivalry and generic charity appearances, a perfectly blank Prince Charming canvas. Henry's role, Alex thinks, is much easier to play.
Maybe it is technically a rivalry. Whatever. (Loc 149)

Which is why attending the wedding of Henry's older brother is filling Alex not with delight, but with snark. As he tells elder sister June, "You can't just call him my 'arch nemesis'... 'Arch nemesis' implies he's actually a rival to me on any level and not, you know, a stuck-up product of inbreeding who probably jerks off to photos of himself" (93). And so, to the surprise of no-one, Alex can't restrain himself from taunting his "arch nemesis" during the very proper wedding reception:

The most annoying thing of all is Alex knows Henry hates him too—he must, they're naturally mutual antagonists—but he refuses outright to act like it. Alex is intimately aware politics involves a lot of making nice with people you loathe, but he wishes that once, just once, Henry would act like an actual human and not some polished little wind-up toy sold in a palace gift shop. He's too perfect. Alex wants to poke it. (229) 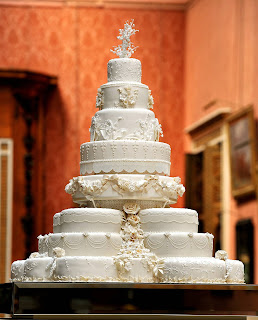 Poking polite Henry, however, quickly escalates into "Cakegate" (you have to read it to appreciate it), an international breach of etiquette so dire that requires major diplomatic efforts (and major acting) to patch up. As his mother's aide sternly informs Alex,

"Both sides need to come out of this looking good, and the only way to do that is to make it look like your little slap-fight at the wedding was some homoerotic frat bro mishap, okay? So, you can hate the heir to the throne all you want, write mean poems about him in your diary, but the minute you see a camera, you act like the sun shines out of his dick, and you make it convincing" (311).

All Alex is convinced of is that a person who lists his hobbies as "polo" and "competitive yachting" has about as much personality as a cabbage. But with his mother facing a challenger criticizing her for her chilly relationship with her British counterpart, Alex gives in and heads to London for a whirlwind weekend visit with his "close personal friend" Prince Henry.

Alex prides himself on his ability to read others, and is convinced that he knows all he needs to about the stuffy, dull prince before he even gets off the plane. But during their tour through charity events, television interviews, and a false-alarm assassination attempt, "he keeps getting these little glimpses into things he never thought Henry was. A bit of a fighter, for one. Intelligent, interested in other people. It's honestly disconcerting" (623).

Even more disconcerting is the friendship the two develop via text message, and occasional in-person meetings, in the ensuing months. Because while Alex prides himself on his ability to read others, his ability to understand himself could use a bit more work. Especially when it comes to his own latent attraction to a not-quite-so-proper prince.

But can the son of the American president date a British prince in the middle of a re-election campaign? Especially if mom needs to win their home state of Texas in order to guarantee a repeat? 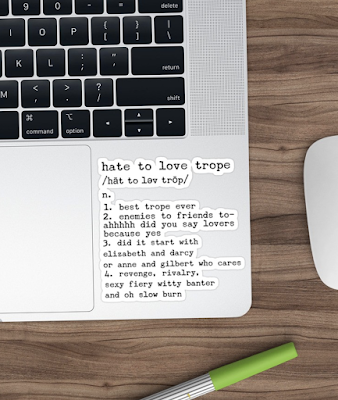 I've quoted so often from Red, White, & Royal Blue in the above review because so much of the pleasure in this rom com comes from McQuiston's distinctive, laugh-out-loud voice, told entirely from the point of view of its hyper intelligent but emotionally clueless main character. Though the story is told in the third person, it's also told in the present tense, which gives the narration both immediacy and a certain wry distance, both of which are perfectly suited to conveying Alex's character and charm. For example, after Alex sees a picture of Henry with a "mysterious blonde," the narrator tells us "Faintly, under it all, it occurs to him: This is all a very not-straight way to react to seeing your male frenemy kissing someone else in a magazine" (1655). Or the scene where Alex is trying to figure out whether he might not be as straight as he's always assumed by calling his former (male) best friend and asking, "This might sound weird. But, um. Back in high school, did we have, like, a thing? Did I miss that?" (5485).

No romance reader will want to miss McQuiston's glorious celebration of snark, sentiment, and the progressive political possibilities of a not quite straight royal romance.

And no writer could find a better cure for political-despair-induced writers' block than McQuiston's sparkling, effervescent romance. 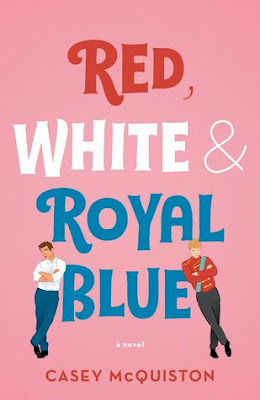