Who am I to be writing about romance novels and feminism?

As an early adolescent in the late 1970s, I was an avid Harlequin Romance reader. Haunting the bookshelves in my local Caldors and Bradlees stores, I set aside a certain amount of my allowance (and later, my babysitting money) to purchasing those slim, colorful volumes, though their garishly-illustrated covers, blatantly shouting “this book is about sex,” or, at least in the books I chose, “this book is about a woman who has to keep saying no to sex, even though she’d rather say yes” made me slink in furtive guilt through the checkout line. 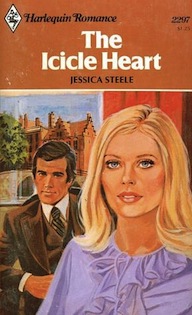 Though I read widely in other genres, no other type of book held such a hold over me as genre romance did. Pleasure and guilt, both to be kept hidden, compelled me to keep adding to my romance novel collection, which took up more and more shelves in my hidden closet bookshelf as my teen years progressed. My 12-year-old self didn’t understand the compulsion, or the guilt these books evoked; I only knew that something about them kept me coming back for more.

Only after taking Women’s Studies classes at college did I begin to understand why I had found such novels so utterly compelling, and so guilt-inducing—and why I should steer far away from them. They were part of the patriarchy, the social system that deemed men and boys the primary authority figures, and left women subordinate to their rules and restrictions. The patriarchy, where “you throw like a girl” was an insult, where the patently unfair sexual double standard held sexually active boys to be the height of cool, sexually active girls the skankiest of whores. The patriarchy, which feminists in the 1980s were eager to identify, protest against, and dismantle. 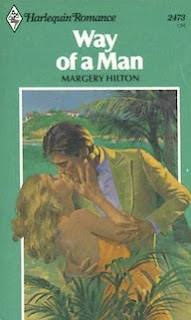 By persuading their characters, and their female readers alongside them, to believe that heterosexual romance was the most important thing in their lives—in many cases, the only important thing in their lives—romance novels could only stand in the way of women who wished to gain parity with men in the workplace, in the household, in life. If I wished to be a feminist, then, those Harlequins hiding in the back of my closet would have to go.

Flash forward twenty-five years, to an M.A. and Ph.D.-wielding scholar of children’s literature writing an article about Stephenie Meyer’s Twilight series. The planned article would focus on the genre conventions of fantasy, not romance. But I began to wonder how fantasy conventions might differ from (or perhaps overlap) the conventions of romance. Little academic attention had been paid to romance when I was reading it back in the 1980s. But had scholars in recent years begun to analyze the genre? I began to wonder…

A few trips to the library, and an essay by Dawn Heinecken later, and my original question, and my reading habits, took off in an entirely different direction. Heinecken’s article, “Changing Ideologies in Romance Fiction,”* argued that romance as a genre had been transformed since the days when passive Harlequin heroines waited to be rescued and made whole by dominant, often violent, alpha male heroes. Romance novels being written in the late 1990s, Heinecken argued, had begun to incorporate feminist discourses, running “counter to the traditionally ‘masculine’ ideology of competition, hierarchy, and autonomy…. romance novels embrace a sense of social justice and the necessity for a cooperative relationship that is in direct opposition to masculine modes of thought” (150).

Could Heinecken’s claim be true? I certainly had my doubts.

But after I finished writing my article, I had some free time, and was willing to put her claim to the test. Off I hied to the local library, where a copy of Loretta Chase’s Lord of Scoundrels awaited. Candy Tan and Sarah Wendell, authors of Beyond Heaving Bosoms: The Smart Bitches’ Guide to Romance Novels, had recommended Scoundrels during an interview broadcast on NPR in 2009.

First Heinecken, then NPR? Could romance novels have changed so radically since I had banished them from my bookshelves back in the 1980s?

One Loretta Chase novel later, and I was once again hooked on romance. I haunted the local library’s romance section, ordered novels via interlibrary loan, and purchased the ones I found particularly compelling. Between that fateful day in April of 2009 and today, the fall of 2012, I read more than five hundred romance novels.

And I’m still reading them.

Heinecken, then, was right—romance novels had changed. Or, perhaps, it would be more accurate to say, some romance novels had changed. You can still find plenty of conventional patriarchal romances, with alpha heroes all too ready to dominate sweet but passive heroines who can only find their worth if they are loved by/stalked by an overwhelmingly virile man. But some novelists experimented with other visions of masculinity, visions more appealing to readers with feminist sensibilities than the traditional alpha male. And still others gestured towards feminist truisms while simultaneously embracing traditional patriarchal tropes.

Few review journals, though, had the space for, or the interest in, vetting individual romance novels’ feminist credentials. Individual bloggers might devote a line or two to such questions. But no blog seemed to focus specifically on the feminist aspects of contemporary romance fiction, books that meet the Romance Writers of America’s definition of a romance as “as a work that contains a central love story, and the resolution of the romance is emotionally satisfying and optimistic.”**

Hence this blog, Romance Novels for Feminists (RNFF), was born…

What paths have led you to becoming a romance reader? And if you consider yourself a feminist, do you find yourself conflicted or guilty about your romance reading?

Next time: The romance novel that made me seriously think about the possibility of feminist romance fiction
Posted by Jackie C. Horne at 2:37 PM