Where Are All the Women of Color, RNFF?

Last week, an RNFF reader sent me an email that made me smile, both with appreciation and chagrin. Said reader wrote that she'd found much to admire about the blog, but found it "depressing" that through its choice of titles to review, RNFF relegated women of color to "invisible status." Rather than castigate the blog or its creator for talking the talk of diversity and intersectionality, but not walking the walk, this reader decided to share her reservations, and encouraged RNFF to do something about them: "Romances featuring WoC have very strong feminist leanings. I do hope your site will reach out to diverse authors and feature more diversity in books."

The lack of romances about PoC I've reviewed on RNFF (as well as the near absence of lesbian romance) had been on my mind a lot lately, for two reasons. First, the scholarly one: I recently picked up a copy of Susan Ostrov Weisser's fascinating The Glass Slipper: Women and Love Stories (Rutgers UP 2013), a book that asks the question, "Why is the story of romance in books, magazines, and films still aimed at women rather than men?" (back cover copy). Weisser's book discusses both high and low literature, historical and current narratives, and I've been delving into individual chapters as my fancy takes me, planning to write a review of the entire book in the not too distant future. But one of Weisser's chapters, Chapter 8 "A Genre of One's Own: African American Imprints and the 'Universality' of Love," has been a bit of a burr under my saddle, urging me to explore in more depth romances written by African Americans. 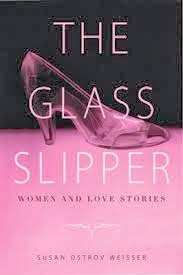 •  They include more "sexual conservatism and focus on marriage, including in some cases virginity before marriage" (165)

Despite the positive aspects of the first three differences, the similarities Weisser finds between both groups—the dominant alpha hero; the focus on professional, wealthy characters; the emphasis on the physical beauty of the characters—make her wonder how progressive these novels truly are. The erasure of more painful aspects of African American history and identity from these narratives also gives her pause.

Weisser asks a vital question: "Does a line of romance devoted singularly to African American authors and characters (and most probably readers) represent a long-overdue entrance into a world of human pleasure previously denied? And if so, is it therefore a mark of progressive equality, or is this publishing phenomenon a representation of white privilege in blackface, a false promise of happiness that masks and distorts the problems that surround race relations?" (165-66). I have a hunch that the answer to all three questions is "yes," but I'd feel far more comfortable arguing such a position if I had read more romances by African American writers.

Second, the personal one: This fall, I enrolled in a writing class focused on "smart" genre fiction. Unfortunately, the experience proved a frustrating one; my vision of what the class would be about was far different from that of the instructor's, and his teaching style was not one that worked for me as a learner. Most upsetting to me, though, was the lack of women writers amongst the stories and novel excerpts we were assigned to read. Each week, I'd wait for the teacher to hand out the photocopies of readings for the next class, hoping that the imbalance would correct itself over the course of the semester, that the readings' focus on male writers and male experience would gradually shift in the other direction. But by midway through the course, though, it became clear that such a hope would remain unfulfilled.

After one particularly frustrating class, during which the instructor and I ended up in several verbal tiffs (I admit that I was letting my frustrations out by challenging him as a teacher), I asked if we could talk after the session, so our differences wouldn't steal class time from other students. When I brought up my concerns, the instructor had difficulty hearing me. He viewed himself as a progressive, liberal, even a rebel—we were analyzing both high and low culture, John Cheever and the Muppets, Raymond Carver and superhero comics, weren't we? He'd edited romances once upon a time, hadn't he? And praised soap operas during class for their ability to keep narratives rolling? But when I asked him what he thought the percentage of male to female writers in the course readings was, he said "I'm not sure —about 60-40?" In fact, the proportion was closer to 85-15 at the time we spoke.

And the proportion did not markedly improve over the final weeks of the class. He'd all but told me it wouldn't—"I can't up and change the entire syllabus at this point"—so as far as my own class experience went, the discussion was not all that productive. But I felt better, usually shy me, for having said my piece.

If he teaches this class again, will this instructor revise his syllabus because of our conversation? I'm not sure. But I know the experience has made me even more aware of the need to listen when others, especially those from traditionally marginalized groups, express discontent over the way their voices are (or aren't) being heard.

So thank you, RNFF reader, for emailing me about your problems with RNFF's lack of coverage of romances with and/or by PoC. I plan to heed your advice, to take more active steps to seek out romances by PoC and feature their work on RNFF far more frequently than I have in the past.

What are your favorite feminist romances featuring characters of color? Or written by authors of color? Are there places besides the Romance in Color web site that you go to to find new books by writers of color?