Are feminists less religious than women who do not claim a feminist identity? Sociologist Kristin Aune and blogger Catherine Redfern would say yes. The survey they conducted for their book, Reclaiming the F-Word: The New Feminist Movement, which posed questions to nearly 1,300 British feminists, revealed the following: 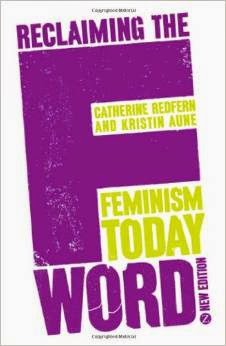 I've not seen any comparable research on American feminists' religious beliefs, but I'm guessing that they would be similarly, if not as dramatically, skewed toward non-belief as are their British counterparts. With many Western religions' historical investment in patriarchal power, a woman who wants to be both a feminist and a religious believer has a difficult path to tread.

Given the apparent antipathy between organized religion and feminism, I've been tempted to dismiss out of hand books from an entire sub-genre of of popular romance, believing them unlikely to appeal either to myself or to readers of this blog: romances of the inspirational variety. But whenever I remember how easily many people dismiss the entire genre of popular romance without having read a single word of one, I feel a guilty twinge about my own dismissal of the religious romance sub-genre. Over the two+ years I've been writing this blog, I've picked up the occasional Inspy, when its plot description made it sound as it if might have feminist leanings. My reading has not by any means been extensive, but the few inspirational romances I have picked up have not given me any reason to question my original reluctance to engage with the sub-genre.

Last week, though, Maggie Boyd wrote a column for Heroes and Heartbreakers listing her picks for "Top 10 Inspirational Romances," quite a few of which sounded intriguing. If I read the best of the sub-genre, would I find books that were more compatible with feminist thinking? Or less?

My first foray into the list—Francine Rivers' 1991 retelling of the Bible's story of Hosea and Gomar, the historical inspirational Redeeming Love—engaged my interest with its a complex interweaving of both patriarchal and feminist assumptions. (Lots of spoilers ahead, so if you haven't yet read the novel but are planning to, you might want to stop here).

Having just read the chapter on "White Protestantism" in Jayashree Kamblé's Making Meaning in Popular Romance Fiction (more about which in Friday's post), I could easily identify the Protestant threads in Rivers' novel. Sexual control, self-control, and economic striving (in the form of hard farm laboring) are the cornerstones of hero Michael Hosea's character, a devout Protestant who has already accepted God's will at novel's start.

Choosing a hardened prostitute, rather than a good girl (or even the hooker with a heart of gold), as Michael's love interest is a risky move. Rivers, though, works hard to ensure reader sympathy for her heroine by depicting Sarah's childhood in detail, presenting the innocent child repeatedly sinned against, before ever giving us sight of the unfeeling grown-up whore. Sarah's mother, Mae, is the lover of a married man, a man who regrets being unable to persuade his mistress to have an abortion so that they might continue their burden-free affair without interruption. The novel opens on the day when Mae finally risks allowing father and daughter to meet, a day that proves the beginning of the end of the romantic idyll. Mother and daughter flee to New York City, where Mae descends into prostitution and drink. After her death, Mae's most recent feckless lover finds a home for the eight-year-old girl with a prominent, wealthy man who claims he wants a daughter, but who is really a pedophile in search of a new child to sexually abuse.

The novel's long prologue, entitled "Child of Darkness," ends precisely at the moment that Sarah, renamed "Angel" by "Duke," her abuser, is on the verge of being pushed from innocent to victim. The book proper does not begin until ten years later, the years during which Sarah was abused, then pushed into prostitution when she grew too old to appeal to her abuser any longer not depicted directly, only through the effects those experiences have had on the adult Angel.

At eighteen, Angel has found the courage to flee Duke, only to find herself forced into prostitution again, this time in a mining camp in Gold-rush California in 1850. This is where she meets twenty-six-year-old Michael Hosea, a hardworking farmer who finds himself as thunderstruck by Angel's beauty as he is by the words he hears God speaking in his head: "This one, beloved" (53). Despite his doubts, Michael offers marriage to the worldly, seductive woman, only to have her rebuff him, over and over again. Only after Angel is beaten within an inch of her life for disobedience to her her procuress is she too weak to protest. "I want you to marry me before we leave together," Michael tells her. "Just say yes." Angel manages a weak "Why not?" hardly realizing the words are legally binding her to the man who would not say no.

Michael tries hard over the course of Angel's recovery to win her trust, persuade her of his love. Yet Michael's romantic love love, pure and devout though it may be, is not enough to heal Angel, as it would be in many another romance novel with a broken heroine. Instead, it takes the arrival of another homesteading family, a family whom Michael takes in for the winter, to lead Angel to take the first tentative steps toward recovery. Angel is befriended by two of the daughters of the family, as well as by their mother: "I've prayed unceasingly that you might learn to love, and now you have." Michael tells Angel. "Only you fell in love with them instead of me." He laughed softly in self-mockery. "There were times when I wished I'd never brought them here. I'm jealous." (274). Learning to give and receive, to accept feminine kindness and to give kindness in turn, proves vital to Angel's recognition of her own feelings, her own wants and needs.

The arrival of the Altman family simultaneously gives Angel a lesson in what a happy Christian/patriarchal marriage looks like: "The Altmans fascinated Angel. They all liked each other. John Altman was clearly in charge and would tolerate no disrespect or rebellion, but it was clear he was not held in fear by his wife and children" (240). When spring arrives, John Altman is eager to move on to Oregon, even though his wife would prefer to remain near the Hoseas. Michael offers to sell Altman some of his land; Altman agrees, but insists that the building of their new house remain a secret from his wife. Up until the day they move out of Michael and Angel's house, Mrs. Altman believes that she's packing for another extended journey. While everyone knows that she's upset and angry, Mrs. Altman makes no protest. The husband in a Christian marriage is the one who is in charge, who makes the decisions, who chooses the path the family will tread.

The issue of choice comes up over and over again in the novel. Does Angel (whom Michael renames Mara, for bitterness, then Amanda, because "it sounds like a gentle, loving name") have any say in how her relationship with Michael will unfold? Michael desires Angel physically, but will not allow her to use his desire to control him, or to keep him at a distance—"You're not going to have it your own way. It's got to be my way or not at all," he tells her (138). Angel chooses not once, but twice, to leave Michael when he gets too close to breaking down her defenses, only to find Michael hot in pursuit. The first time she returns out of desperation, but the second, in fearful hope.

One might have reasonably expected the novel to end here, Angel having healed enough to fall in love with the man who loves her and claims her. Yet God/the narrative forces Angel to leave Michael a third time, this time out of self-sacrifice: Angel believes her leaving will allow Michael to wed a woman who can (unlike her) bear him children. But there's far more to this third abandonment than a veneration of female self-denial. When an anguished Michael begs God to tell him why Angel has left him again, and hears God's response—"You shall have no other gods before me"—Michael is confused. "I love her, but I never made her my god," he cries. God's answer is somewhat at odds with Evangelical Christianity's focus on the husband/father's patriarchal authority: "You became hers"(383). Ephesians 5:23 may assert that "the husband is the head of the wife as Christ is the head of the church," but in Rivers' narrative, the husband cannot and should not take the place of God. And thus, this time, Michael does not follow Angel to bring her back; this time, he must allow her to choose.

When Angel leaves this third time, she finally does develop her own personal relationship with God, rather than one mediated through Michael. Intriguingly, though, even after Angel has her own spiritual epiphany, she still does not return to her husband. Instead, she remains in San Francisco (for almost three years!), working to establish and then run an institute that teaches prostitutes skills so they can earn a living without having to sell their bodies. When Michael first rescued Angel from the mining camp, she has no such skills: "She was stupid! She didn't know anything! How was she going to manage on her own if she couldn't cook a simple meal? She didn't even known how to build a fire. She didn't know anything necessary to survive" (126). And she was completely at his mercy: "Hosea was the one man she had wanted most to avoid, and now he owned her. She had no strength to fight him. Worse, she had to rely on him for food, water, shelter—everything. Her utter dependency on him chafed bitterly. She was raw with it. And she hated him even more because of it" (109). Over the course of her time with Michael, Angel learned skills, and lessened her dependence on him. Yet it is only after she has built a life for herself, completely independent of Michael, a life focused on helping other women, that the narrative deems her ready to return to him (this is a romance, after all).

The explicit impetus for Angel's return to Michael is hearing from Michael's brother-in-law how her leaving did not help, but instead hurt her husband. Still, Angel is reluctant until she hears that Michael won't "drag you back this time. He said it was your decision, that you had to come back on your own or you'd never really understand that you were free" (453). The narrative may clothe Angel's character arc in the Evangelical ideals of feminine self-sacrifice and submission to husbandly authority, but it simultaneously insists that female self-reliance and self-determination are values of equal importance.


What other inspirational romances have you read that you'd argue contain feminist ideas/ideals? 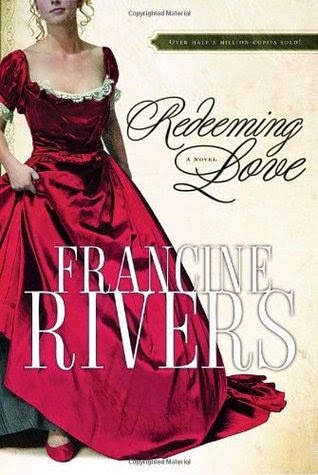