Reading Emma Barry's latest contemporary romance, Private Politics, got me thinking about the connections between stereotypes and self-identity. According to the OED, a stereotype in our modern sense of the word was coined in 1922 by American journalist Walter Lippman, to refer to "a preconceived and oversimplified idea of the characteristics which typify a person, situation, etc.; an attitude based on such a preconception. Also, a person who appears to conform closely to the idea of a type." The definition focuses on the beliefs of the judger, the viewer. What does stereotype look like from the opposite end—from the one being stereotyped? Can stereotypes be claimed, transformed, empowered? Can they be used, manipulated, for positive effect?

The questions I list above rest upon a binary view of stereotypes: a stereotype is either wrong, a "preconceived, oversimplified" and damaging idea about a person or a group, or it's right, an accurate assessment of a person or group's character. The opening pages of Private Politics, though, ask readers to move beyond the good/bad binary, suggesting that while the label "New York socialite" goes a long way toward describing Alyse, it doesn't capture everything about her. And "New York socialite" isn't the only stereotype with which Alyse is labeled by other characters, by the narrator, and, most interestingly, by herself.

The opening lines of the novel present us with an Alyse long used to using both her good looks and her WASP (white Anglo Saxon Protestant) background, as well as people's assumptions about the personality that of course must accompany them, to manipulate situations to her own benefit. Simultaneously, however,  the same lines comically undermine her ability to do so in this particular instance:

Smart, capable and in awe of her: was that really too much to ask from the men in her life? Alyse Philips dragged perfectly manicured nails through her blond hair and flipped it over her shoulder. But did the accountant across from her so much as acknowledge it? A practiced movement that had melted bartenders on three continents, received appreciative smiles from congressmen and even caused her father to once issue a compliment—and Fred of all people was unmoved. (Loc 86-89)

Though Alyse wishes that men looked at her and thought "smart and capable," "dazzled" is the far more "typical" response her chic blond good looks evoke. And if she can't get smart and capable, she'll settle dazzled, a reaction that has not only made her a successful fundraiser for Young Women Read, Inc., a Washington D. C. charity that sends books and funds schools focused on educating girls, but that has greased the wheels of her everyday life:

Alyse leaned on the table conspiratorially and flashed the hint of a smile. The effect was flirty. It was the kind of practiced move she usually reserved for bribing the checkout guy at the grocery store not to charge her for plastic bags when she forgot the canvas ones her roommate insisted they use. (Loc 126-128) 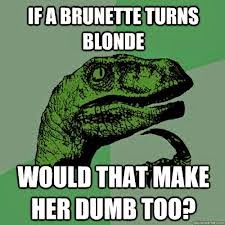 Alyse is well-aware of the power that she gains by playing to the stereotypes others have about her, and the image Alyse projects—part charming socialite, part dumb blonde—typically gets her what she wants. Barry sets Alyse up as the opposite not just of the typical romance heroine, then, but the heroine of the Western novel since the days of Samuel Richardson's Pamela and Clarissa: the girl who is valued for her authenticity, her lack of artifice and disguise.

Even while Alyse takes advantage of the stereotypes that others hold about her, though, she also finds herself chafing at the limitations they place upon her. The "dumb" part, for example—especially when it's not just a man, but her own (female) boss, who accepts her clueless act at face value. When Alyse begins to question irregularities she's discovered in donations while gathering documents for an audit, Geri blows off her concerns:

“I’m certain it’s because of your great fundraisers.”
Everyone was always saying things like that and it was true: her fundraisers were great. But whenever Geri joined in, it seemed insincere—the verbal equivalent of a pinch on the cheek or a pat on the hand. Sweet condescension.
“Thanks. I’m sure you’re right.” The words stung her mouth as she accepted the stupid non-compliment. Accepted all the low judgments Geri had of her. She felt dirty. Like she’d walked home in late August and needed a second shower. (Loc 438-442)

Alyse may have spent her college years partying rather than thinking about her future, but she's far from stupid. Certainly not stupid enough to ignore the financial discrepancies she's discovered, discrepancies that she worries will eventually be blamed on her.

Lucky for Alyse, the best friend of her roommate's fiancé is a political blogger with a nose for D.C. dirt. Unlucky for said friend, Liam Nussbaum, Alyse has been the object of his unrequited crush for the past six months: "The girl was the most ridiculously perfect creature he’d seen outside the pages of a magazine. Tall, blond and stylish—so sophisticated and fashionable even he couldn’t miss it" (Loc 226-227). But Liam has noticed far more than the image that Alyse works so hard to project: "The slightest edge of NYC in her voice, the way he felt her smile in his gut and the intelligence she tried so hard to hide until it flashed out: everything about her drove him insane" (Loc 228-229). Liam sees the "smart, capable" woman behind Alyse's image, and is more than a little in awe of her. The perfect mate, no?

But wait. It's not that simple. For the stereotype game takes on a different dimension when it comes to Liam. Intellectual, geeky, (presumably white) and not nearly as conventionally attractive as his two best buds, Barry's male protagonist is about as far from the alpha male hero stereotype of Romancelandia as you can get. Yet at the same time, he embodies another stereotype quite closely: that of the nice Jewish boy.

Liam's Judaism is mentioned in the text more often than Alyse's WASP-i-ness, although not ever, interestingly enough, in connection with the "nice Jewish boy" stereotype. "His family was more culturally Jewish than anything. He remembered entire years when they’d never darkened the door of a synagogue. His bar mitzvah experience had been pretty laid-back," Liam recalls before a conversation with his mother, who wants him to get married, preferably to a Jewish girl (Loc 613). But later in the story, when Alyse tries to make a joke of Liam's desire for a family, the joke turns into a more serious revelation about Liam's identity:

“The whole big white church wedding,” she teased, struggling to keep her teeth from chattering.
“The whole big white synagogue wedding. Not to put too fine a point on it.”
He was Jewish. Liam was Jewish. She wasn’t sure why she was surprised. She was a New Yorker. Many of her childhood friends were but somehow the news came as a shock.
Realizing she hadn’t responded, she said, “Right. Yes. Of course.”
Speaking rapidly as if he had caught on to the shock under her words, he said, “I’m more culturally Jewish than anything else. I mean, my family doesn’t really care either way.”
“I’ve attended my share of seders, Liam, I get it.”
An awkward tension settled between them. (Loc 2464)

Liam may be a cultural Jew rather than a religious one, but his Judaism is important enough to him for him to want it to be present at a key transitional moment in his life. Contrast this with Alyse's playful, self-mocking, and questioning view of her "WASP" identity: "She felt longing—and WASPs simply weren't supposed to" (Loc 164). 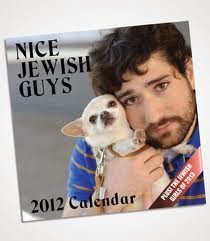 The text clearly names Liam Jewish, but never directly labels him a "nice Jewish boy," a construction of masculinity that emphasizes the studiousness, sensitivity, and gentleness of a traditional Talmudic scholar (see Daniel Boyarin's Unheroic Conduct for more on this). Why? Is it because "nice Jewish boy" has both positive and negative connotations, depending on who is doing the judging? Because it lacks the power traditionally associated with the "WASP" stereotype? Because WASP is a label that comes from outside the culture it names, while "nice Jewish boy" comes from within? Because it suggests an uncomfortable lack of traditional masculinity to the reader? Because Liam is not comfortable manipulating others through playing a role as is Alyse? I'm not quite sure.

Perhaps it is simply because Liam finds himself limited by certain aspects of the stereotype, even while as a whole he embraces it. For Liam, unlike his two best friends, has never had much luck in the dating department, something that he connects directly to his self-image: "He couldn’t attract someone that hot. Someone that vivacious. Someone like her.... She’d never see him as anything other than a nerdy friend of Parker’s. There was no hope that they might be different. He was what he was and so was she—that didn’t stop a guy from wishing that for one night, she’d decide to go slumming" (Loc 234-235; 305-307).

Thus, as Liam and Alyse's relationship begins to unfold, Barry flips the confident male/self-doubting female stereotype common to conventional romance on its head, making Liam, not Alyse, the one who won't just fall into bed, who worries about his feelings and the effect a casual fling with his formerly unrequited crush would have on them:

"I’m vulnerable here. For months I pictured exactly this. Pictured falling into bed with you knowing it was just the once. And I was okay with it. But now, I know that I can’t. I won’t. From this—” he made a motion she thought was probably supposed to represent the making out, “—we might be able to go back to being friends without permanent damage. But from that I couldn’t.” (Loc 1569-1572)

The inversion of the stereotype here isn't just for comic effect. Barry is asking readers to both accept the accuracy of the stereotype—the anxious, worried, vulnerable person in love really does exist out there in the world—but also, to play with the possibility that the stereotype is not as gender-exclusive as it commonly appears.

The novel isn't content to give just one take-away message about stereotypes. Instead, it insists we take a more complex view. Alyse comes to love Liam because he sees more than just the stereotypes, the self-fashioning she uses to navigate through her world: "You who saw through my layers." But it's not just that she can finally "be herself" with someone, can drop her "act" when he is around. Because Liam also admires her for the very layers he sees through, admires her for her ability to use those layers, those stereotypes, to "strategically manipulat[e] your opponent" (Loc 2304). The layers, and Alyse's ability to use them to achieve her goals, are just as much a part of her as what Liam can see "through" them. Alyse doesn't have to stop acting, stop being strategic in her manipulation of self-image and others' assumptions about it, in order to be deserving of love.

But neither Alyse nor the novel demands that Liam practice the same self-fashioning. Liam is open, honest, and direct, even (or perhaps especially) about his feelings, something the text, through Alyse, insists is valuable in a man:

“Thank you,” he said.
“For?”
“Sharing your passion with me.”
“You never need to be thanked for sharing your passions.”
“I just go around spilling them all over the place,” he teased.
“No. Because you trust people enough to share. You’re open. It’s a gift.” (Loc 1221)


One of my favorite lines from the novel comes toward its end:

Just that morning they’d been arguing about whether she’d been snoring the night before. She had been, but that didn’t stop her from vigorously denying it. “That’s a highly dubious accusation. I don’t think WASPs are allowed to snore.” “Really? Among my people, it’s encouraged.” (Loc 3244-3247).

I've leave it to you to unpack the different ways that each character plays with, rejects, and embraces cultural and gender stereotypes in this funny, but thought-provoking passage... 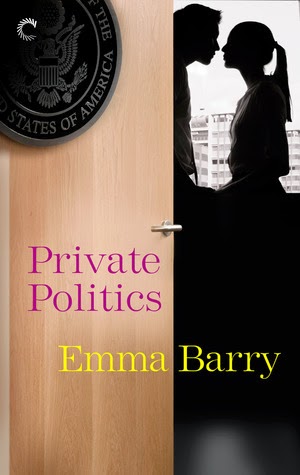