Feminist Lessons in an Unfeminist World?: Kit Rocha's BEYOND series

A few weeks ago, I became engrossed by the dystopian fantasy world created by erotica writer Kit Rocha (the pseudonym for co-writers Bree Bridges and Donna Herren) in the Beyond series. Well, perhaps not by the world itself, but for the sexual activities of the inhabitants of that world. For a fantasy, world-building is on the light side in Beyond Shame (2012) and its four and counting full-length sequels. Solar storms have decimated the country, leaving only one self-sustaining city, Eden in their wake. Eden is purportedly only for the "righteous"; those who live within "must abide by a strict moral code or risk exile to the brutal lawless sectors" (Author's note, "Welcome to Sector Four"). But hypocrisy lies just below the platitudes, and the sins of the powerful find their support in the eight lawless "sectors" which surround Eden. In each sector, gangs led by a kingpin (all men, with one exception) devote their energies to creating the means of sin—drugs in one sector, prostitutes in another, material goods in a third. Dallas O'Kane is the boss of Sector Four, where he and alcohol rein supreme.

Not everyone who lives in the sector is an O'Kane; to join the gang, you have to prove your usefulness and your loyalty. Once in, you're rewarded with brotherhood (and sisterhood; women as well as men are members), an ink tattoo with the gang's insignia, and lots and lots of sex, in both private and public. For the O'Kanes party not only by drinking their own hootch, but by getting it on with their own partners and with their fellow gang members, at the bar and back in their own rooms: "You can join in or you can watch, but that's pretty much all it is. Wall-to-wall fucking" (Loc 519). Eden puts something in the water to suppress fertility, so no one has to worry about pregnancy (and there's no mention of sexually-transmitted diseases; maybe the solar flare somehow eradicated them, too, along with much of the world's population?) 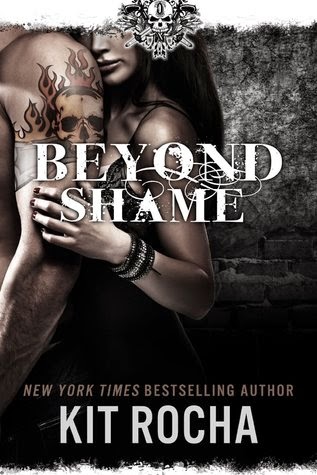 The only other possible place to live besides Eden or the sectors is on a "commune," described by the heroine of Beyond Shame as "horrifying places where farmers lived primitive lives of indentured servitude. No electricity or running water, only backbreaking labor from dawn to dusk and being bred until you died in childbirth" (Kindle Loc 140). The repression women experience in Eden (premarital sex is worthy of banishment), in sectors led by less enlightened leaders (where women are married without their consent, forced into prostitution, and/or physically and sexually abused), and on the communes makes Sector Four look like a woman's paradise by comparison.

And there is a lot of positive feminist energy in Sector Four. Lex, who will become the "Queen" of Sector Four in the second book of the series, Beyond Control, has gradually persuaded Dallas of the importance and value of including women in his gang. All the male members of the gang show women respect, unlike the men of the other sectors, or the men in Eden. And while sex is used against women in all other places in this post-apocalyptic world, in Sector Four, female sexuality is celebrated. Noelle, the heroine of Beyond Shame, is an exile from Eden, thrown out for being too curious about sex. Hearing about an O'Kane party she's been invited to attend, Noelle is both titillated and ashamed, a reaction hero Jasper, raised in the sectors, can't begin to fathom: 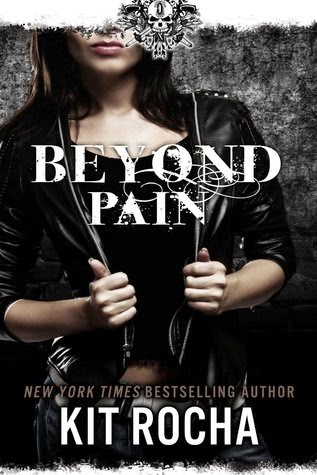 Noelle gradually comes to embrace her sexual self, moving "beyond shame" to acceptance and celebration.

Additionally, the romance arcs of the five full-length Beyond novels all revolve around men making stupid, patriarchal assumptions or choices, assumptions and choices that they have to take back by book's end in order to secure the affections of the woman (or in one case, the woman and the man) whom they love. Jasper chooses to break off his relationship with Noelle when she has the chance to return to Eden, but Noelle takes exception to his noble self-sacrifice, choosing to remain in Sector Four whether she's with Jasper or not. In book 3, Beyond Pain, Bren initially chooses to hold off on rescuing thirty-two people, most women, being sold into slavery, in the hopes of wreaking vengeance against the traffickers' leader, a man who betrayed him, but changes his mind once he realizes that his lover, Six, isn't about to sit quietly at home but is off to rescue the captives herself. In book four, Beyond Jealousy, former prostitute and current tattoo artist Ace bails on his ménage-a-trois partners Rachel and Cruz, leaving them before they, inevitably to his mind, leave his fucked-up ass in the dirt; only a male sacrificing for another male, rather than for a female, can pull these three lovers back together.

And yet... I can't help feeling a bit uncomfortable championing Rocha's series as unreservedly feminist. For one thing, the jobs women are allotted in Sector Four are pretty limited; as Dallas tells Lex when Noelle first arrives in Four, "If she's not willing to tend bar, clean house, or suck dick by the end of the week, she's gone" (Shame 193). Add to that short job list "exotic dancer" (several of the O'Kane women dance, from burlesque to complete stripping to being sexually whipped on stage), "bouncer" (one particularly tough woman), and "brewer," and you've just about covered all of the career possibilities for women in the sector. Men can go out with guns, protecting the business and enforcing the O'Kane rules, but women typically stay inside. When times are particularly violent, Dallas O'Kane dictates that no woman will go outside without a man accompanying her. Though Lex becomes "queen," no other women act as counselors or decision-makers when it comes to O'Kane business, a situation mirrored in the other sectors, all of which are ruled by men (with the significant exception of Sector Two, the sector devoted to prostitution). When it comes to leadership and decision-making, gender equality is only limitedly at play. 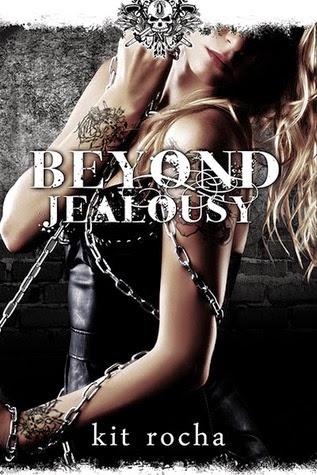 Another bothersome issue: while the series celebrates female sexuality, and the characters are each devoted to different specific kinks (receiving pain, exhibitionism, watching, inflicting pain, controlling others during sex), all the women ultimately "submit" to their male lovers. The series casts sexual submission as powerful in itself—"This was pleasure. This was power, bringing Ace to his knees while she was on hers" (Jealousy page 74)—and something of which a woman should not be ashamed, something that is ultimately freeing, not constraining: "Begging was her final grasp for control, and being denied was permission to let go and float on freedom" (Jealousy page 263). I wouldn't have a problem with this construction at all, if only each woman in the series did not follow the same trajectory. But to construct female sexual submission as the only way to achieve sexual freedom strikes me as almost as limiting as constructing any type of female sexuality as shameful.

Finally, female sexual submission plays out symbolically in the concept of the "collar," a gift from a male O'Kane lover to his female lover, one that promises "that things were serious, that there would be no friendly visits to hookers or casual fucking with other friends. Well, or at least that they'd visit the hookers and fuck the friends together" (Jealousy 1708). Everyone gets an O'Kane tattoo, but only a woman gets a physical collar, or, if in a committed, long-term relationship, a collar tattooed onto her skin (the one exception comes in book 2, when Dallas and Lex, king and queen, get matching tattoos, each sporting the name of the other on the back of his/her neck).

Compared to Eden, to the communes, and to the other sectors, Sector Four seems the epitome of sexual freedom for women. But is this only because the other options Rocha allows her characters are so utterly sexist/abusive?

Curious to see what other Rocha readers make of the intertwining of sexism and feminism in these books... 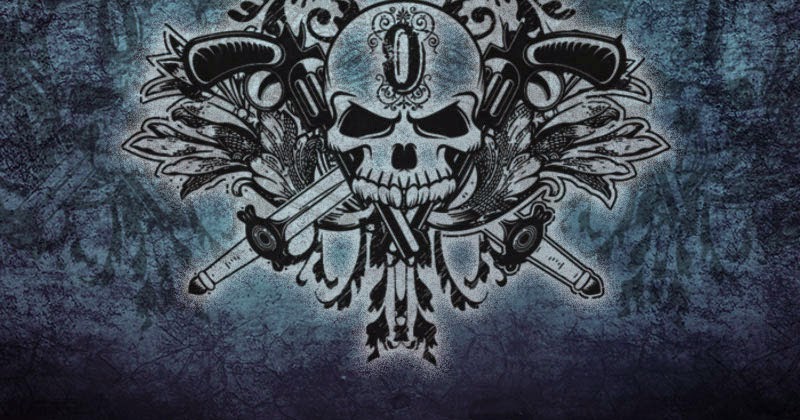