Wrestling with the B-word: Lucy March's THAT TOUCH OF MAGIC

Smart women with feminist leanings have long been attempting to reclaim the derogatory term "bitch," suggesting that the qualities which it points to as worthy of insult are the very qualities that women should celebrate. As author Laura Wild argues,

To me, someone calling me a bitch means they think I'm aggressive, asserting my control, in charge, whatever, and they're probably threatened by that. I am those things, there's no reason why I shouldn't be, and the shock attached to the use of the phrase by whoever's saying it that suggests I shouldn't be those things is what annoys me most. 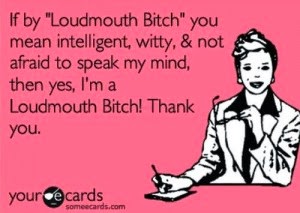 Such reclamation projects were on my mind as I read the second book in Lucy March's light comedic paranormal series about the small town of Nodaway Falls, That Touch of Magic. Its brash, foul-mouthed, rule-breaking protagonist, budding conjurer Stacy Easter, could well be termed a bitch in the positive, reclaimed sense. Her typical way of interacting with others is through snarky, barbed sarcasm: she greets the sight of her friend (and soon-to-be sister-in-law) Peach "It's Rosie the Riveter, the spank-me version." Peach simply replies, "Yay! She's being mean. She's okay" (26). Stacy wisecracks her way throughout the novel, not afraid to speak her mind, to take control of a bad situation, or to protest, loudly, when others treat her or her friends poorly.

The only thing (or person, rather) who leaves her tongue-tied is her ex-boyfriend, Leo North, who, ten years before, in a drunken, grief-stricken mistake, slept with another girl then left Stacy to study for the priesthood. Back in town for Peach's wedding to Stacy's brother, Leo, it turns out, did not end up taking on the collar. And it also turns out he's not just back in town for the wedding; his therapist recommended that he see Stacy once again, so he'd stop "thinking of you as ... well. Mine. He said you'd be different. He said those feelings would go away, and I'd be able to finally let it go and move on" (70). To Leo's chagrin, his therapist had it wrong: he's just as drawn to Stacy as he was ten years ago.

And Stacy knows her feelings for Leo are just as strong as they ever were. But tough Stacy isn't as ready to mend fences as Leo is: "I wanted to throw my arms around him, kiss him until neither of us could see straight. Bring him to my bed and keep him there forever. But that was weakness, and if loving Leo had made me anything, it wasn't weak" (72). Intriguingly, though, it turns out that Leo's transgression isn't the only thing standing in the way of a joyful Stacy-Leo reunion. Turns out that Stacy's embrace of reclaimed bitchiness is not as unambiguous as she makes it seem. 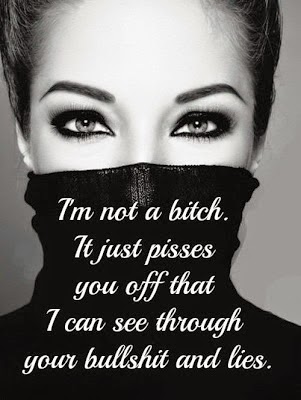 Stacy herself often deploys the b-word; it appears 16 times in the book, most often spoken by or thought by our protagonist. She uses it to describe her over-the-top narcissistic mother after Mrs. Easter insults Peach during the rehearsal dinner ("You have captured my son's heart, and he's a good man,, so there must be some great virtue in you.... It is my sincere hope that you will find your way back to Jesus, and repent of the poison you have injected into my good boy with your whorish ways"): "She's a hellbitch, Peach" (50-51; 56). When Mrs. Easter tries to return to the rehearsal dinner to spew more vitriol, Stacy uses the word again, threatening her mother with a pretend potion: "If I hear one word from anyone about you being a bitch to anyone, not just Peach... if I see one expression on your face that isn't kindness and delight, all I have to do is get a drop of this on your skin, a single drop, and your face will break out in wrinkles they can see from space" (62). In this sense, being a bitch is being selfish, being completely uncaring of the feelings of those around you.

Stacy also deploys the male form, "son of a bitch," when she wants to insult men who act in a similar, unfeeling way. Initially, when Leo first attempts to explain and apologize: "You slept with someone else, then left me to become a priest, you son of a bitch!" (68) and "You son of a bitch!... You left me" (69). And later in the story, when she discovers that Desmond Lamb, a fellow (male) conjurer has less than benign intentions towards her and the other women of Nodaway Falls, she uses it on four separate occasions to signal her contempt for his selfish, unfeeling attempts to use others for his own gain.

Yet despite her contempt for those who do not feel for others, tough, brash, rule-breaking Stacy is really worried that it is not her mother, or any of the unfeeling men in her life, but Stacy herself who is the true bitch. And that a bitch, even of the reclaimed variety, is not someone whom anyone can love. She attempts, mid-book, to apologize to Leo for their breakup:

Stacy has internalized the cultural message (and her mother's message, too) that her emotions—in particular, her anger—are bad, hateful, making her worthy only of being shunned. Over the course of the novel, then, Stacy will have to go beyond a surface reclamation of "bitch," digging deeper into both the sexual and emotional connotations of the earlier derogatory usage before she can rest easy in the reclaimed, celebratory sense of the word.

According to the OED, the word "bitch" stems from the Old English bicce, or female dog. But by the sixteenth century, the word was just as commonly used as an insult aimed primarily at women, in particular at "lewd or sensuous" women, women whose sexuality was seen as threatening because uncontrolled. Today, its connotations include both this earlier sense, as well as a more general sense of a "malicious or treacherous woman"; when applied to an object, it also indicates something "outstandingly difficult or unpleasant." 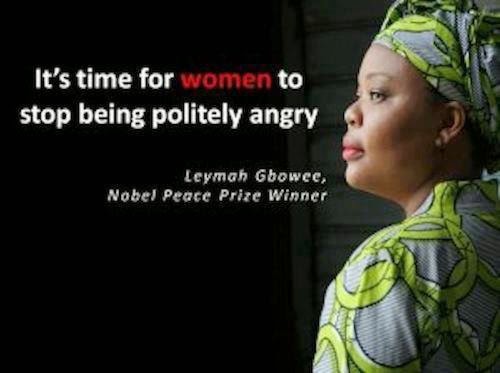 Significantly, it is during Stacy's sexual reunion with Leo that she is finally able to channel the magical power which Desmond inadvertently granted her. And only after Leo challenges her, mid-sex, to reject the assumptions that derogatory bitch-hood projects ("I'm not ugly. I'm not vicious.) and embrace instead the strength inherent in reclaimed bitch-hood ("I'm powerful") can she take control of that magic. Viewing both her emotions (especially her anger) and her power as equally worthy of celebrating, Stacy comes to reject the construction of bitch that argues that a powerful woman can only be powerful if she lacks sensitivity to others.

Only after fully embracing reclaimed bitchiness can Stacy counter the unfeeling Desmond when he lofts the b-insult (in its earlier sense) in her direction during their final showdown. And only by forcing Desmond to reconnect with his own detached emotions, rather than shunning the power of her own feelings, can Stacy ultimately prevent Desmond from harming the people she loves.


Do you think "bitch" as a word is worth reclaiming? Are there other romance novels which use the word in a feminist, rather than a derogatory, way? 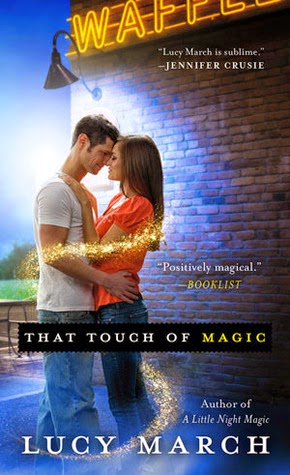