Apologies for skipping last Friday's post. Child throwing up in the middle of the night with food poisoning ("well, that apple did taste a little fizzy, but the caramel and chocolate were fine") = no brain space left for blogging. Luckily, the bout was short-lived, and everyone's stomachs and brains are back to normal. So, on with the book musings...

Genre romance is rife with familiar and oft-beloved tropes. The marriage of convenience. The secret baby. Lovers torn apart to later reunite, or potential lovers stranded together all by themselves. One of my least-favorite, from a feminist standpoint, is the "one-night-stand leads to pregnancy leads to 'we must marry'." Given the latest statistics on unmarried mothers (in the United States in 2012, 40.7% of all births were to unwed mothers, according to the Centers for Disease Control), few Americans still believe marriage should and must follow any pregnancy, whether planned or not. But its not the lack of historical accuracy that gets in the way of my taking pleasure in this trope, but rather the patriarchal assumptions that often accompany it when it makes its appearance in a romance novel.

My memories of the trope come from the category romance reading I did as a teen, as well as some more recent stand-alone romances, stories in which the male half of the relationship insists that, despite barely knowing the woman with whom he had sex, she and he must marry. His reputation/his family's reputation/the future of the child/his budding business deal/his run for political office demand that they avoid scandal, he insists, not willing to listen to any objection she may raise. But what it really all boiled down to was they must marry because the child is his. His rights as the father take precedence over hers, and since she is now the receptacle for his unborn child, he has the right to assert control not only over the body of the child, but also over the body of its mother. Typically, he is the one who has more power—financial, social, sometimes even political—and thus even if the heroine opposes the idea of marrying a relative stranger, even actively resists it, because of this power imbalance, she usually ends up throwing up her hands fairly early and succumbing to the hero's often less-than-romantic wooing. By romance's end, of course, the two relative strangers have bonded over pregnancy and childbirth, have fallen in love, and thus persuade both themselves and readers that their unplanned marriage was, of course, all for the best.

It's a true delight, then, when an author can take a trope with such sexist underpinnings and recast it in feminist garb. That's just what Molly O'Keefe does in her latest contemporary, Indecent Proposal, the fourth title in her Boys of Bishop series. Our heroine, white working-class Ryan Kaminski, might be the evil villainess in a less thoughtful writer's book; a girl who for years allowed her striking good looks to be her identity, who, selfishly, believed her looks entitled her to more than other people, even her own sister. A girl who not only stole her sister's boyfriend, but married him. A girl who's been estranged from her family for years. But Ryan's done a lot of growing up in the years since her modeling career stalled, since her husband turned out to be far less a prize worth winning than she'd originally thought, since she realized how much her selfishness and entitlement had not only hurt others, but also made her a person she doesn't even like. At thirty-two, working as a part-time bartender and modeling when she gets a rare job, Ryan may not be on top of the world, but she finally knows who she is: someone secure enough to offer an ear and a kind word to the people who come to her bar.

And the man she and her fellow bartender christen "Sad Ken Doll," the man who has haunted her New York City bar for the past three nights, surely could use a kind word. His sister's in trouble (see book #2, Never Been Kissed), and he doesn't think he's going to be able to help her. Ryan knows that a bartender should never cross the invisible barrier down the middle of the bar, knows that the employee handbook says "no fraternizing with the drinkers." But still, Ken Doll, aka Harry, is so sad, so floundering, that Ryan consciously chooses to "shove her first right through that barrier and put her hand over his" (10). And she gifts him with of a night of human connection, of truth-telling and of sexual passion, taking him just as he is, and giving of herself the same. Though she finds herself, as she is all too wont to do, falling a little bit in love with Harry, and with the "rare illusion of care" their night together creates, she's not surprised to find him gone when she wakes up the next morning. She's not expecting to see him again; she doesn't even know his last name. 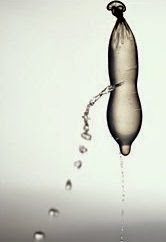 Even after Ryan discovers that the condom a friend gave her did not do its job, she has no plans to track down the mysterious Harry. But it turns out that it doesn't take much effort to find Sad Ken Doll/Harry; as the privileged son of a scandal-ridden white southern governor, the brother of a recently kidnapped sister, and a candidate himself for the U.S. House of Representatives, Harrison Montgomery is on the news almost as much as is Taylor Swift. Unluckily for Ryan, her volatile brother Wes happens to be in the room when Ryan catches the latest news report on Harry's run for Congress. And Wes takes it into his own hands to confront Harrison Montgomery, even though Ryan insists that she needs time to think about how to deal with the shocking revelation of the true identity of her baby's father.

Not surprisingly, given his own father's philandering past and the hard-ball politics he's grown up around, Harrison had real doubts about the truth of Wes's claims. And when he confronts Ryan, he's ruder than an arrogant Mr. Darcy proposing to Elizabeth Bennet. But "Ryan had been pushed into plenty of corners, so she knew when to come out swinging" (77). And swing she does, even after Harrison proposes to rescue his sure-to-be-floundering-in-the-wake-of-a-sex-scandal campaign by asking Ryan to marry him: "Listen, Harrison, you broke into my apartment. Called me stupid. All but accused me of being a gold-digging whore. I wouldn't marry you if you were the last man on earth" (84).

Harrison acts far differently than other "you're carrying my baby" heroes I've read. He takes little to no interest in the idea of the baby, or in the responsibility of impending fatherhood. All he wants is to not be like his scandal-ridden father, and to have the chance to do some political good in Washington. Thus his proposal is just that—a business proposal, not a claim on Ryan's body or on the baby. They'll marry, and, if he wins the election, they'll stay married, for at least two years. If she wants a divorce after those two years, he'll grant it, buy her a house, send alimony and child support, and step out of her life. In public, they'll pretend they're in love, but in private, they can be who they really are.

Harrison tells Wallace, his campaign manager, "she doesn't have a choice.... Neither of us do." And after her neighbors and her estranged family are besieged by the press, Ryan comes to the same conclusion: "There wasn't any other option but to agree to Harrison's proposal" (91, 98). This is the one point where the trope seems to fall back into its old patriarchal norms, taking away the woman's sense of being able to choose. To prevent the reader from thinking Ryan a gold-digger? Or simply to make the trope/plot possible? 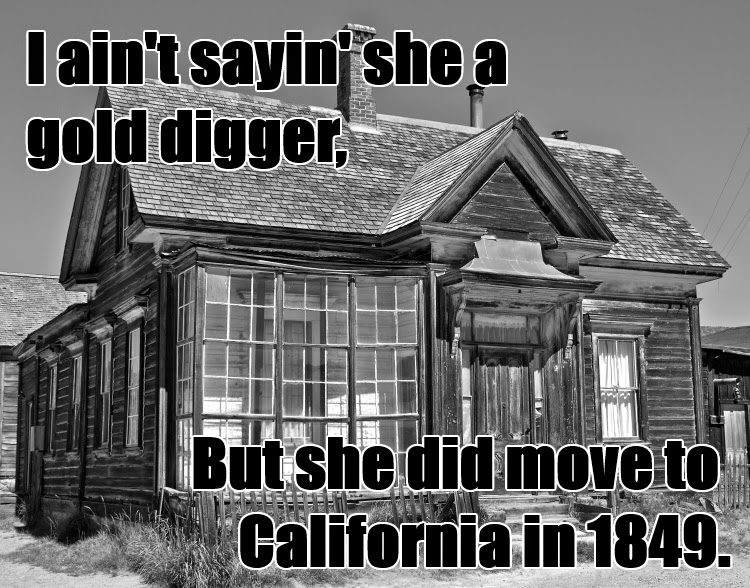 Accepting may be presented as the the only option, but Ryan doesn't accept meekly; she hires her own lawyer and negotiates her "own terms for this indecent proposal," one which will benefit not only her child, but her family, as well (98). In a genre-referential moment, Ryan thinks to herself, "she was not going to show up at the Governor's Mansion like some impoverished historical romance heroine who'd been knocked up by the Duke" (110); instead, she does her homework, and is ready to hit back whenever anybody tries to demean or insult her. In particular, she refuses to accept the slut-shaming label of gold-digger. "Do you think your mother would have taken this deal?" she asks Wallace, Harrison's campaign manager, an African-American who grew up with a single mother in the housing projects of Chicago.  "When she found out she was pregnant with you. Do you think is some man had come out of the blue and promised to make sure your life was set up in a way she could never dream of making happen on her own, would she have done that?.... I think she would have. I think we both know your mother would have done anything for you. Including agreeing to this proposal" (114-15). After going a few more verbal rounds together, Wallace acknowledges her point.

Ryan may feel as small and alone as one of those historical romance heroines, but she refuses to act as if she is. And as long as she insists on her own value, insists that she's worthy of respect not because she's the mother of a future Montgomery child, but because she's intelligent, funny, a natural on the campaign trail, and a kind, caring human being, Ryan will be nobody's pawn. Not her mother-in-law's, not any reporter's, not any of the campaign's staffers'. And especially not Harrison's. For, as the balance of O'Keefe's novel delightfully and sexily demonstrates, Ryan has far more to offer Harrison than anything his contract could ever grant her.


Have you read other "one-night-stand leads to pregnancy leads to 'we must marry'" romances out there that move beyond the patriarchal trappings of the original trope? 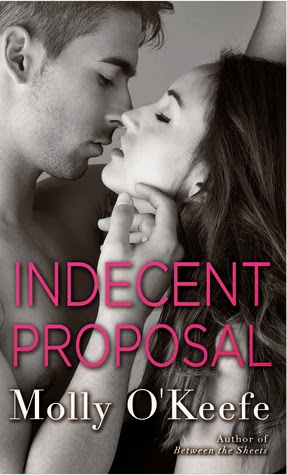