Do you like scary stories? I enjoy a creepy tale every now and then, but I have to admit that I avoid true horror, especially horror films, like the plague. I have enough trouble coping with anxieties and fears of my own; the idea that anyone might enjoy watching or reading about other people who are stalked, attacked, and violently murdered strikes me as close to incomprehensible. Especially because in American horror films, the "other people" being stalked, attacked, and killed tend to be women. In particular, women who desire, or actually engage in, sexual behavior. I can't imagine that watching women being punished for being sexual would in any way, shape, or form be a pleasure.

Perhaps that's why I so enjoyed Charlotte Stein's latest novella, Intrusion. Stein's romance fiction often dances on the edge of the creepy, but Intrusion engages more directly with horror and its tropes than any other of her works I've read. Not to endorse horror's misogynistic agenda, but instead to challenge it.

Stein's story opens with female fear, in particular, fear of a man: "I know he has my dog." The initially unnamed first-person narrator is in search of her missing pet, and neighborhood rumors about the strange recluse living down the block have her half-convinced that the man must know something about the pet's whereabouts: "Psychopaths and maniacs steal animals. And if I am honest, his house looks like the home of someone who does that sort of thing. I'm certain I saw it once on True Serial Killer Stories" (Kindle Loc 34).  She'd like to believe herself a Clarice Starling (heroine of that classic horror film Silence of the Lambs), but unlike Clarice, she has nothing close to a gun. Despite her lack of firearm, and despite a past trauma that has her convinced that "Nothing will ever make me strong again in the way I was before," (Loc 57), our narrator finds herself in her reclusive neighbor's yard, wavering between imagining the impending confrontation as "some empowering exercise, winning one over on a guy who decided to take something from me" and fearing "something very bad indeed" will confront her if she ever knocks on the door (Loc 57).

But our narrator doesn't have to knock; the strange man opens the door, just a sliver, at her approach. She makes her accusation, and he doesn't reply; he simply closes the door without saying a word. Only after she marches back across the street does she understand the significance of the chain the man kept across his door: "People put chains on their doors when they are afraid of you. Not when they want you to be afraid of them" (Loc 89). Rather than a terror like those that haunt her nightmares, might her reclusive neighbor be just as afraid as she is? Could what drove her across the street be less fear for her dog (who of course is waiting for her when she returns home), and more curiosity about a person who is in many ways acting the way she worries she might, if she ever gives in to her fears?

Sleepwalking, apologies, and thank-yous bring our narrator (whose name we find out is Beth) back in contact with her mysterious neighbor, who turns out to be just as strange, and just as wary, as Beth is herself. For Noah Gideon Grant, a former criminologist and forensic psychologist, has experienced trauma worthy of the most chilling horror flick. Unlike the audience of a horror film, though, Noah has no ability to distance himself from the terror, is able to gain no catharsis by telling himself "oh, this isn't real." Because Noah has in truth been traumatized by what horror films typically offer up as over-the-top, fake, performed entertainment: witnessing the sexual violation and murder of women.

Despite their growing friendship, and their obvious physical attraction, Noah and Beth's previous history with violent men makes any kind of romantic relationship difficult to navigate. Only when they begin to unlock each other's psychological truths, to understand what boundaries are important, what boundaries can be pushed, can they recoup the pleasure in being kind to another, in experiencing sexual desire.

I initially found myself annoyed when, at the end of Intrusion, Stein's story takes us right back to the horror film plot, with the inevitable confrontation scene with a villain from the past. But form mirrors ideology here; recovery from trauma is not a straightforward, linear process, Stein insists, but one that forces victims to confront and re-confront their trauma. Just like the villain in a horror film, the effects of trauma return, again and again. And Stein's invocation of what film scholar Donato Totaro calls "the final girl" scene, where the one (virginal) girl left standing vanquishes the serial killer, plays with gender in ways that do not simply echo, but re-imagine, the patriarchal assumptions of horror. 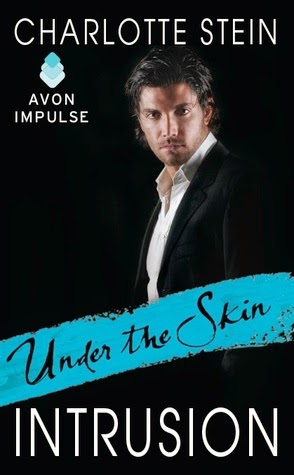