Quite a few romance writers and bloggers have already weighed in with their own insightful posts about last week's Romance Writers of America's annual national conference, with posts that range from the enthusiastic—Jenn Northington's "The 11 Best Things I Heard at the RWA"; All About Romance's day-by-day posts, the first one here—to the analytical—Suleikha Snyder's "RWA 2015: A Tale of Two Conferences"; Jessica Tripler's "Socioeconomic Class at RWA" to name just a few. Lots of food for thought, and for future action on many fronts.

I was wearing three different hats during this conference—a local Chapter Leader (as Treasurer of the NECRWA); a romance reviewer and blogger (RNFF); and a writer of a soon-to-be-self-published historical romance. This made for a rather disjointed conference at times, rushing from a workshop entitled "Not So Fast: Finding Success while writing in the Slow Lane" to a Chapter Leadership Networking Event, then on to "50 Shades of Love: Writing the Multicultural Romance"; from a retreat for not-yet-published writers to a General RWA Membership meeting to a workshop filled with advice about writing queer romance in a "post-gay" environment. Now that I've had a few days to reflect on the hectic experience of conferencing in the midst of the bizarreness of Times Square (did you know that its legal in NYC for women to go topless? and that people will pay to get their pictures taken with one who has painted her chest like an American flag??), these are the moments/events/ideas that are sticking with me: 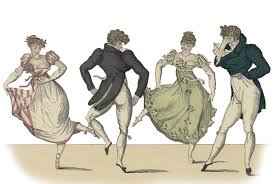 • Learning about servants, music, fabric, interior decorating, and dancing with my fellow Regency romance writers at the Beau Monde mini-conference. I was really looking forward to getting dressed up in my newly made Regency ball gown and dance those Regency dances at the Beau Monde's evening soiree, and, despite my embarrassment at the fact that the majority of my fellow attendees were not in period garb when I waltzed into the Marriott Astor Ballroom that evening, I did manage to screw up my courage and trip the light fantastic for a few sets. Thanks so much to Susan De Guardiola (of Capering and Kickery) and her dance student ringers for stepping out with me and with my fellow Beau Monders.


• The continuing split in knowledge/understanding between those who have been traditionally published and those who self-publish. There are a lot of writers who are doing both, but for those who "grew up" publishing via one method and not the other, there can often be a big disconnect about what can and will lead to success in the other. Perhaps not surprisingly, the above-mentioned workshop on being successful while writing in the "slow lane" included panelists who had all been traditionally published (with only one who was a hybrid author), while the panelists on "The Midlist Guide to Making Six Figures in Indie Publishing" all spoke about working 50 (or 80, or 100)-hour workweeks to keep their readers interested and their businesses going. I didn't attend any workshops on hybrid publishing, though; perhaps the disconnects were less obvious among those who have followed both paths.


• But the national organization continues to adapt (if slowly) to the burgeoning shift in the romance market toward self-publishing. Self-published authors were once barred completely from the "PAN" (Published Authors Network) listserv and group; more recently, self-publishers were allowed in, but had to earn $5,000 on a single book title, in comparison to the $1,000 a traditionally published author had to earn, to qualify. But now, even that disparity has been erased; now, any author who has earned at least $1000 on a published book, whether published by a traditional house, a small publisher, or by him or herself, can join this elite subgroup within the national organization. 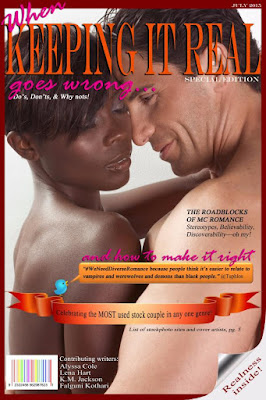 • Many bloggers have written about the high profile diversity in romance played at the conference. There was not just one, but four different panels on the whys and hows (and how-nots) to increase the diversity of romance characters, and the number of authors of color, in the field. Four authors of color (Alyssa Cole, Lena Hart, K. M. Jackson, and Falguni Kothari) put together a slick brochure, one that looked like a supplement to a Romance Times magazine, to distribute to attendees, which included "Do's, Don'ts, and Why nots!" as well as a good dollop of humor ("Celebrating the MOST used stock couple in any one genre!"), to jumpstart people's thinking about this important issue. What most bloggers have not mentioned is that the RWA Board announced at the General Member meeting that it had just approved the creation of an ad hoc committee on Diversity in the organization. No mandate or goals for said committee were mentioned, however. It will be fascinating to watch both activists on the individual and small group level, as well as this ad hoc committee on the national level, to see if their goals and end results converge or diverge over the next few years.


• The panelists in the workshop on "Writing Queer Romance" focused on our "post-gay cultural moment," arguing that in the wake of the Supreme Court decision legalizing gay marriage, and the more widespread acceptance of LGBTQ identities in wide swaths of American culture, romances featuring queer characters no longer have to be just about issues of coming out, or about problems of acceptance. How about a story about a lesbian couple, with one partner who wants to have a baby, but the other doesn't? Or have major philosophical or moral differences about adopting vs. giving birth? Even if the conflict is about being queer, it can be less about major homophobia, and more about the micro-aggressions LGBTQ people experience in their day-to-day lives.

After sitting in on this panel, and the one panel on diversity I was able to attend, it felt to me as if LGBTQ romance is farther along, acceptance-wise amongst readers and writers of romance, than is racially and ethnically diverse romance. Queer Romance panelists Sarah Frantz Lyons and Radclyffe both spoke about moving beyond the need to justify queer romance's mere existence, something that romance about and by people of color is having to work hard to do.


• The Chapter Leadership Networking Event on Saturday afternoon consisted primarily of a bunch of topic tables, the subjects of which reflected the current problems and issues facing local chapters today. "How to attract and keep members"; "How to get published authors involved"; "Chapter Finances"; "How to recruit chapter board members"; "Dealing with Difficult Personalities." Thanks to my fellow chapter officers for sharing complaints, and solutions, to the many difficulties chapters are currently facing, particularly in the wake of the recent changes in RWA bylaws.


• The most difficult panel I attended was also in many ways the most encouraging: "Writing Through Depression." Five well-known romance authors sat in the front of a hotel conference room and shared their experiences of what is often a shame-ridden, hidden illness. The panelists asked for no tweeting of particulars during the session, which means no blogging after the fact, either. But I did want to give a big "thank you" to both the panelists and to RWA for challenging the stigmatization around this important issue. Those of us who grapple with mental health issues really appreciate knowing that we are not alone.


Other RWA attendees, what did you take away from this year's conference? And for those who didn't attend, what are you curious to know about what did (and didn't) happen?