No More Miss Mean Girl? Julianna Keyes' IN HER DEFENSE

It strikes me as funny that, in my review last week of Kristan Higgins' If You Only Knew, my commentary focused on the perils of women being too nice, and this week, I'm writing about the opposite issue: the problems faced by women who are perceived by others as being too mean...

As soon as I read Dear Author's review of Julianna Keyes latest contemporary, In Her Defense, I knew I had to read this contemporary romance. Jayne, the reviewer, opened her commentary with her fears that the novel's narrator and protagonist, Kaitlyn Dufresne, would not be welcomed with open arms by romance readers, given the decided preference said readers often express for heroines who are nice. And Kaitlyn, the top-billing lawyer at her Chicago law firm, is as about as far from nice as Pluto is from the sun. Intelligent, competitive, and hard-working, excelling at anything she sets her hand to, Kaitlyn loves being the first one into the office every morning, and the last one to leave every night. If she were a man, people might call her driven, or arrogant, but since she's a woman, she's known about the office by the charming nicknames "coldhearted bitch," "she-devil," "hell-on-heels." But Kaitlyn, who is from an economically privileged background (and is presumably white, too) doesn't give a shit about what others think; she knows she's "better than good. I'm the best," and isn't afraid to say so, to anyone, anywhere, anytime (Kindle Loc 256).

A feminist romance reader's heart tends to sink at this point in such stories; brash, self-confident, workaholic women far too often get "schooled" during the course of their romance story arcs, learning to dial down their outspokenness, to give up their workaholic ways, to above all, learn how to be nice, what every good woman should and must be (at least in romancelandia). That such schooling often takes the form of subjecting ambitious protagonists to embarrassment, shame, or out and out abjection, however, conveys not only the importance of connection and kindness, but also sends the gender-policing message that any woman who doesn't fit comfortably into the nice girl role needs to be humiliated, so she'll learn her proper place. 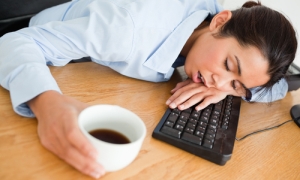 And cue the plot convention. Kaitlyn's just been given the prize position of head lawyer at the firm's soon-to-open new Los Angeles office. But at the opening of chapter 2, Kaitlyn wakes after falling asleep at her desk on a Saturday night to the news that she forgot to attach a promised document to a time-sensitive e-mail the night before. And gets called onto the carpet by the firm's three senior partners, not just for this lapse, but for a few other minor mistakes that have been cropping up in her work of late. Ugh, I thought, here we go again, yet another book set on punishing the ambitious career woman by making her look like an incompetent fool.

But Kaitlyn doesn't end up losing her job; she's not out on the street with no money and no friends, as happens in so many other romance novels bent on "nicening" powerful women I've read. Instead, the law firm partners (all male) tell her they worry that that she's overworking herself, something they know the office culture does little to discourage. Billing twenty-three hours a day on average is a little extreme, though, no matter the sex of the lawyer doing the billing. "We understand your position. We've all been there. That's why we know the signs," one tells her (301), and it doesn't seem like sexist placating, or bullshitting. Kaitlyn doesn't lose her job, nor her promotion; she's only forced to take a vacation, and, during her last weeks in Chicago before she moves to LA, while she'll be prepping lawyers to take over her cases, she'll only be allowed to work "holiday hours" (i.e., 7am to 7pm, Monday through Friday). The partners also encourage her to work on her leadership skills, particularly on team-building, skills which she's never much seen the use for, especially since they haven't been exactly encouraged in the cut-throat atmosphere of the law firm.

Kaitlyn's less than pleased with the partners, but she knows "when to play my cards and when to fold," so she seemingly accepts their terms. Because she's certain she can find a work-around on her ban on company network computer use outside of "holiday hours" by intimidating the head of IT. But after hearing Kaitlyn ream out the accountant who ratted her out to the boss about her excessive billing ("Let me spell it out for you. You're support staff. I pay for the house, you clean it. You say thank you, Caitlin. I say shut the fuck up. Is that clear?" [483]), said IT head does not shudder in fear. He just turns her down with a calm, straightforward "No." 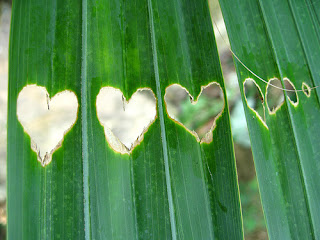 Of course, said computer guy, one Eli Grant, turns out to be Kaitlyn's love interest. Not because he's tough enough to stand up to her (although he is), and not because he teaches her something about the effectiveness of kindness in building a team (although he does), but because they happen to end up in the same bar drowning their sorrows (his girlfriend cheated on him with his best friend), and their drunken flirting results in a hotter-than-hot car tryst. But more importantly, because he models for her the value of being just one thing, and being passionate about just one thing. Kaitlyn's family life (workaholic father lawyer; stay-at-home mom; older, workaholic doctor sister) and the atmosphere at her office tell Kaitlyn to be only one thing: a take-no-prisoners lawyer. The beauty of Keyes' romance is that Kaitlyn isn't forced to give up that aspect of her personality, by her bosses, by her lover, or especially by what she learns over her character arc.

Eli is immediately attracted to the brash, outspoken aspect of Kaitlyn ("I thought, Holy shit. She's the hottest, meanest woman I've ever seen," he recounts his first sight of her [672]). But he also wants her to value the other parts of herself, too, parts that he sees but that she doesn't seem to recognize, or value:

"I like the hell-on-heels lawyer that storms into the place very day like she's going to take it over. I like the woman who sits next to me to watch a baseball game, and the one who hangs out on the bleachers when I'm coaching softball. I like the woman who carried my groceries and sanded the crown molding, and the one who wore that gorgeous fucking dress and turned every head when we walked into Mache 42." (2973)

In Keyes' story, it's not just Kaitlyn, but also Eli, who makes mistakes in negotiating their tentative romance. And it's both Kaitlyn and Eli who have to cop to their shortcomings, as well as celebrate their strengths, in order for their relationship to flourish. Most importantly, Eli never insists that Kaitlyn be less, to be weak or incompetent so he can save or protect her, as so many romance novels tacitly suggest. Kaitlyn doesn't have to be nice and only nice in order for Eli to love her. Instead, Eli encourages Kaitlyn to be more.

A challenge at which Kaitlyn, overachiever that she is, can't help but excel. 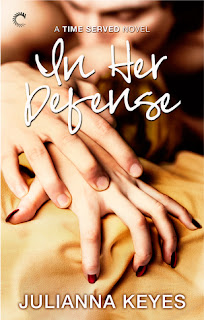 Julianna Keyes
In Her Defense
A Time Served Novel
Carina, 2015
Posted by Jackie C. Horne at 9:00 AM